So last I checked in I said I was going to make a bandanna with a solar panel on it to get Jaspers solar panel out from his incredible fuzziness and into the light and it did improve run time. There was one other modification I made after some experimenting with the collar charging from dead. It has an issue in that it would oscillate because the start up current took such a big gulp the cutoff points of the BQ25504 solar charge chip protection circuit and the LTC4071 cut off points where fighting. One would come on, the device would try to start up taking a gulp of current and sinking the battery voltage and the other one would cut out so I changed the LTC4071s cut off voltage down to 2.7v and set up the BQ25504 to cut off at 3.7v. 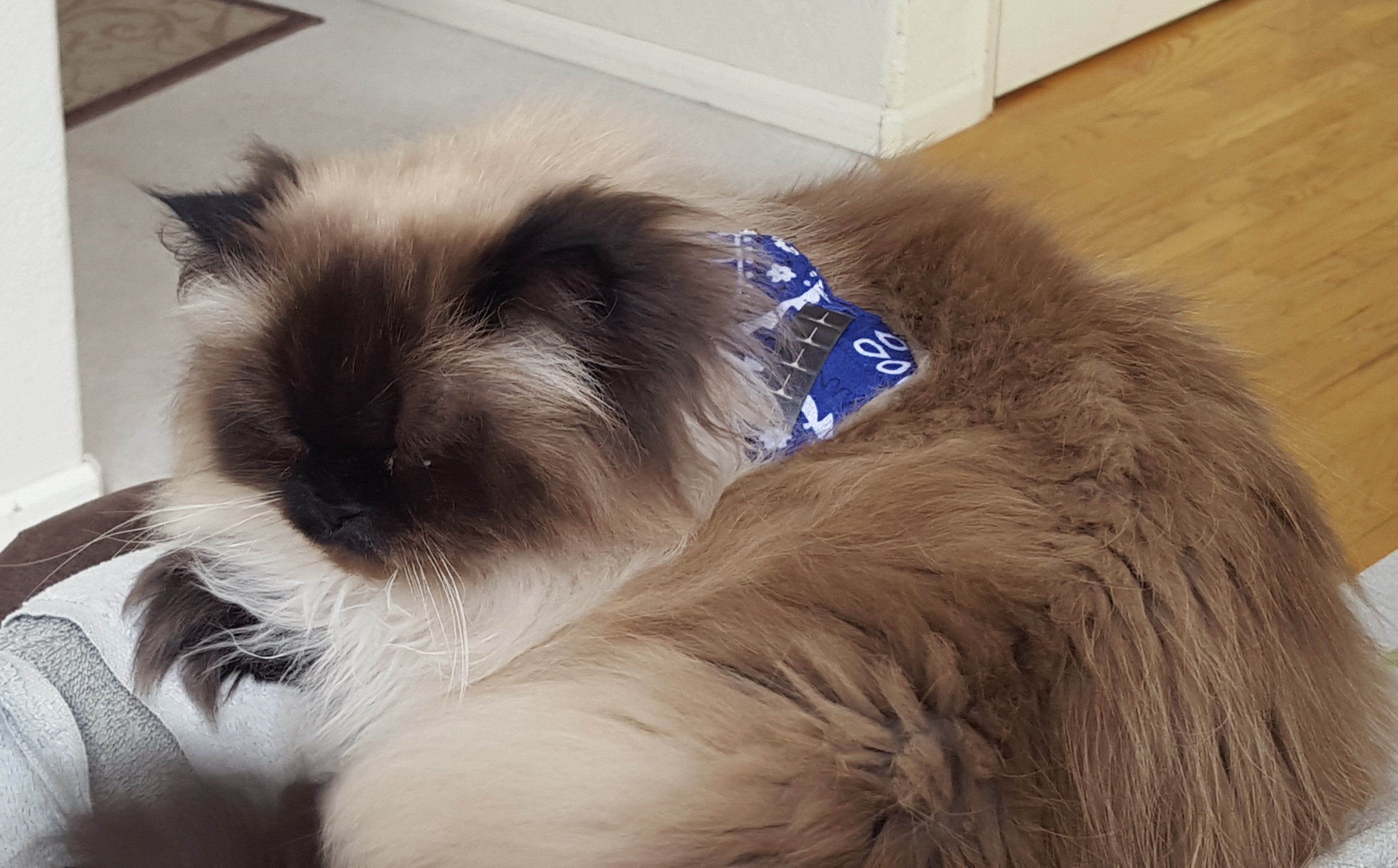 The collars charge lasted for a month which is an improvement over last time because of the higher cutoff voltage. The previous attempt would cut off at 3.2v while this one cut off at 3.7v or about 50% remaining battery which means we would have lasted twice as long if we had used the same amount of battery capacity!

So we are almost there by my calculations we harvested about half the energy needed to run the system. And there is one obvious solution when we have all that realestate on the bandanna. More solar panel surface area. 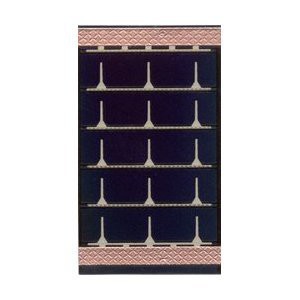 The slightly bigger than double SP3-37 solar panel should have just enough extra current to run the system indefinitely.

There was another issue during this test. The bandanna light to rotate down so it covered his chest instead of staying on his bright back. I believe this is because of the weight of the electronics in the bandanna so for the next test I plan to only have the solar panel in the bandanna and run the wires down to the electronics which will be mounted at the bottom of the collar next to his tags. 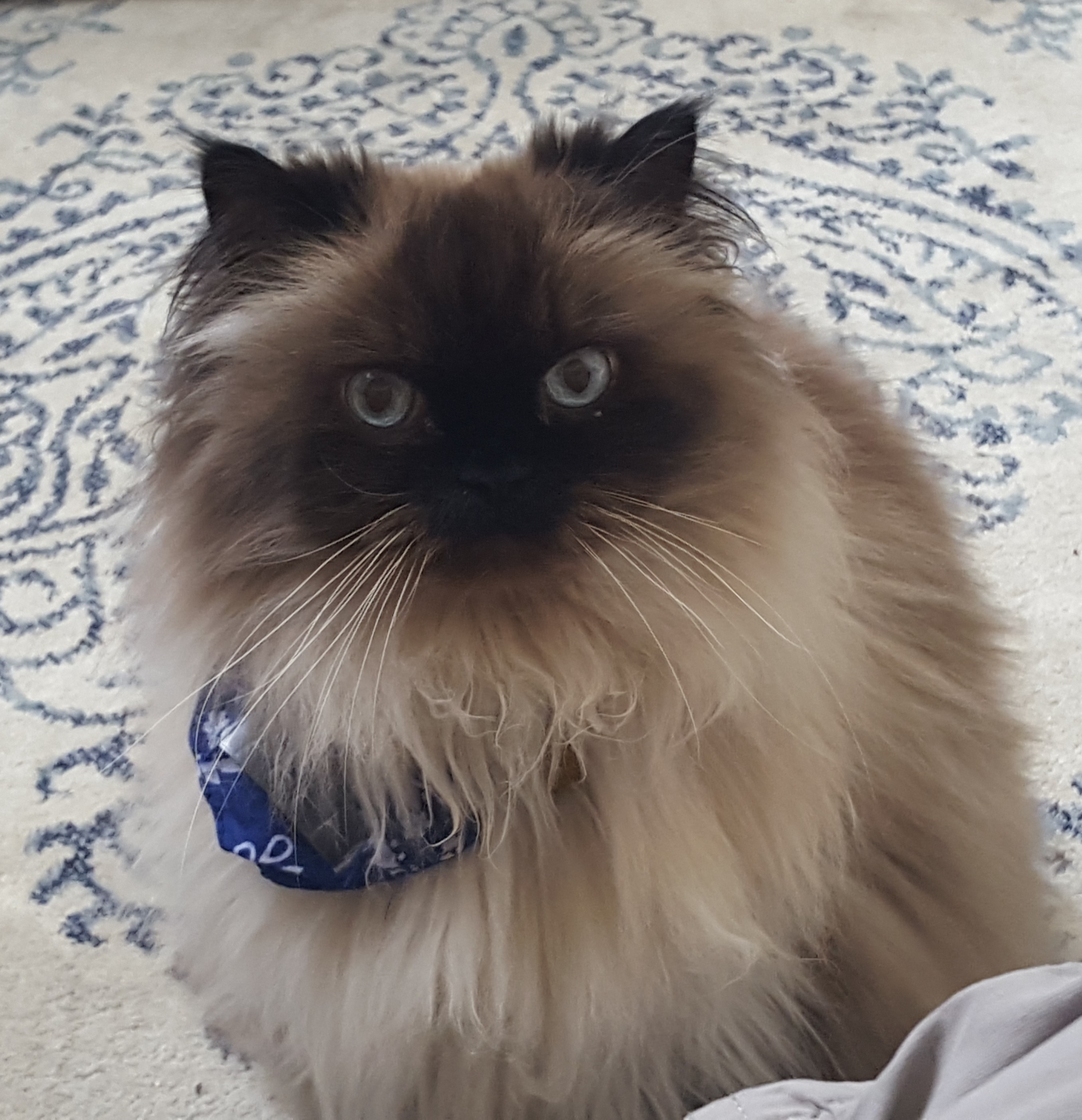 Fuzzy likes to fight the power which is why he always finds a way to keep the sun from shining on his solar panel.

Since I brought in the battery protection circuit of the BQ25504 in the last design revision I decided to see if I thought the LTC4071 was still worth it. An extra 4 dollars for that chip is a bit much even if it does have an amazing 0.1nA cutout current the battery probably undoes that with internal leakage. So I went and measured the current being pulled with it bypassed and just using the BQ25505 as the cutout device. A measly 60nA, sure its 600x what the LTC4071 pulls but really its small enough to not matter. Even if the device was discharged to 10% of its battery capacity it would still take 2 years at a 60nA draw to drain it to 0%. So out with the LTC4071.

I hope to be back in a few months to report that Jaspers collar hasn't lost a step with the new collar. Untill next time thanks for reading.