Finally getting something done

The project is progressing well, it has most of the functionality I wanted:

I want to send the data to Google Spreadsheets, but doing SSL requests is a real pain with the ESP. Apparently it's possible, but convoluted and needs way too much overhead for my taste. I decided to do things differently: instead of the ESP sending the data to Google Spreadsheets a Google Script fetches the data hourly from the device and updates the spreadsheet itself, no SSL needed, only an additional routing rule on my router.

The electronics are still in a breadboard format. I'd like to avoid using a custom PCB to make it more "accessible" to other tinkerers, so I'm going to work on how to attach everything on a veroboard in the most compact way possible. 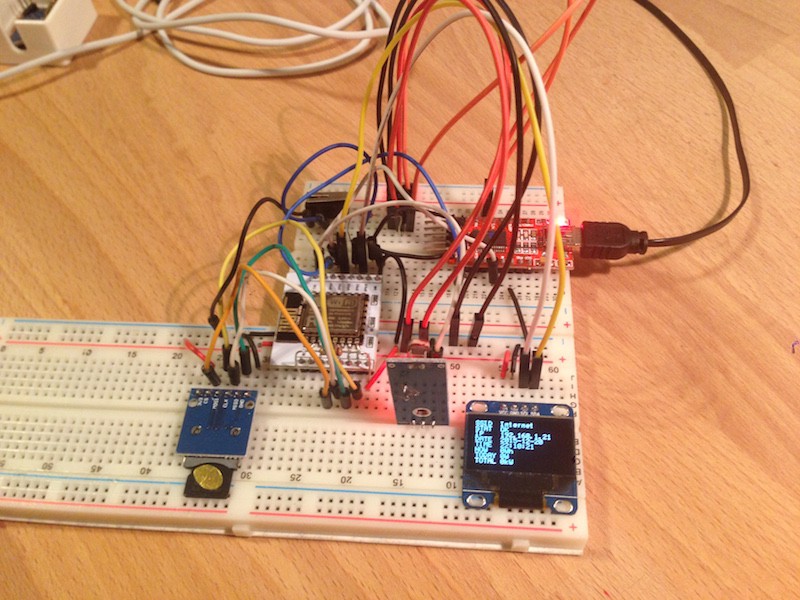 I'm using Arduino IDE to program it, the latest libraries for the ESP8266 (the GitHub version) bring such cool features as basic HTTP authentification, but the system is very unstable: sometimes everything works fine, other times is crashes for some pseudorandom reasons... I can't really figure that out, more on that later.

I'm writing proper documentation on hardware, software, programming and deployment with follow-ups. I'll host everything on my GitHub account as I have done with my other projects. Ideally it should be deployed in the beginning of 2016, but realistically I don't think I'll get anywhere near finishing it soon.