I wired up the DSP and managed to program with the USBi programer :) yes !! :)

I'm using a USBstreamer, 8 channel IO just to clock everything and test playing in 8 channels of I2S and recieveing the mix.

The larger board on the left is the 8 channel pre amp with PGA's that will be wired up to the arduino for contol with I2C. the outputs will go to the inputs on the ADC :)

Theres more balanced audio IO boards to add later but this should be good enough to get the DSP programed and tested. One interesting qwirk with the AD1941 is that if you reprogram the device with SigmaStudio then all the I2C addresses are re-arranged.,, that makes it a reall pain in the **** to make small changes since you need to reprogram the arduino each time with the new addresses.

Maybe I can have a list of variables that are quickly updateable in the arduino code.

anyway, heres a pic of the forst test setup nearly ready to go. 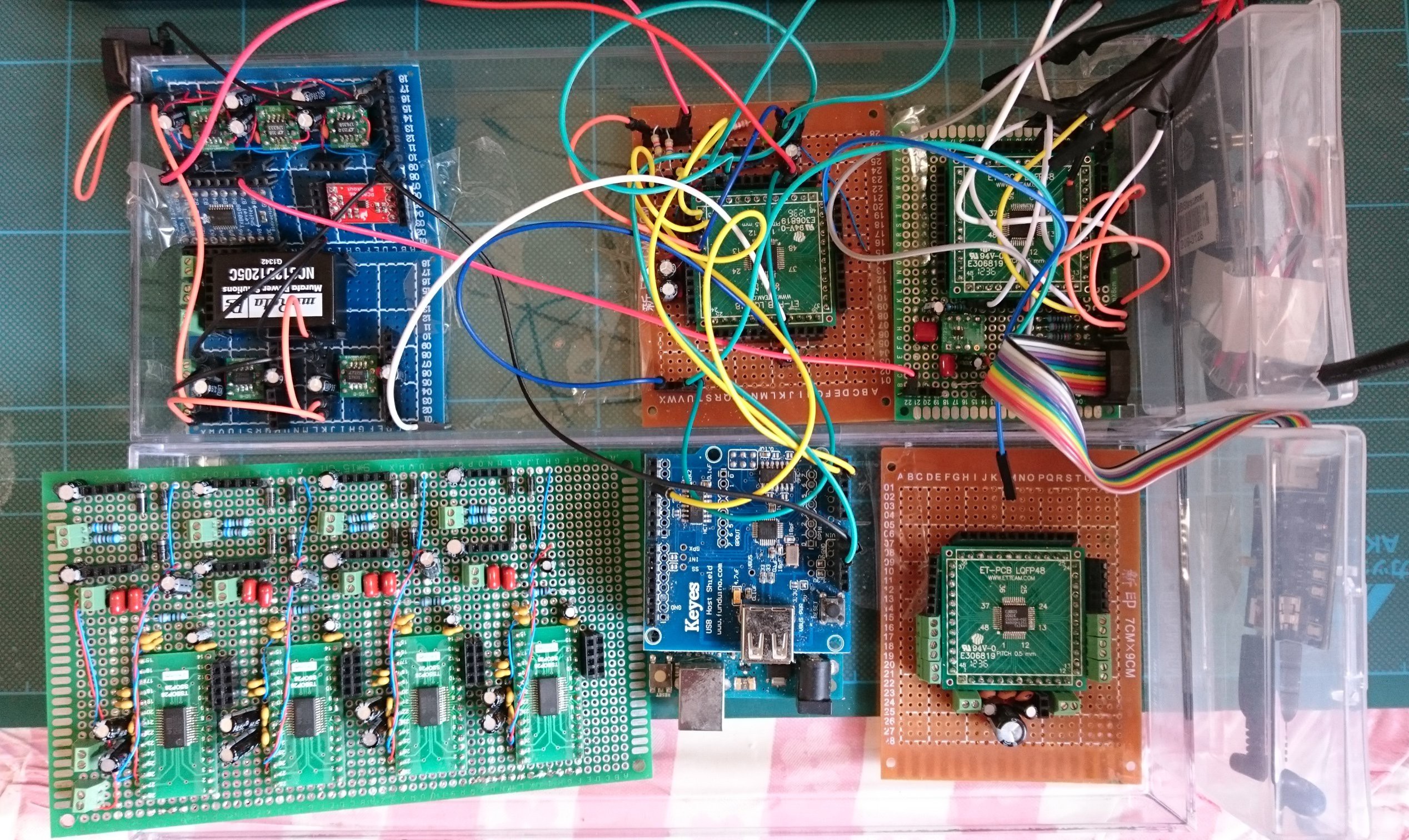 Botom middle = Ardauino with USB host shield ( for USBmidi control surface ) may change to ARM9 imx233 olimex or something else if needed for multichannel recording to SSD.

Botom right = ADC , will be wired up to 4 channel PreAmp

4 channel radio mic reciever board to be added later in there somewhere !