I populated the board and found out that the only componant I did'nt draw up in circuit maker ( the transistor ! ) had two pins the wrong way around .. anyway , I finally fixed that ( tiny bodge wires ) and now I haver the correct 1.8v for DVDD pins. 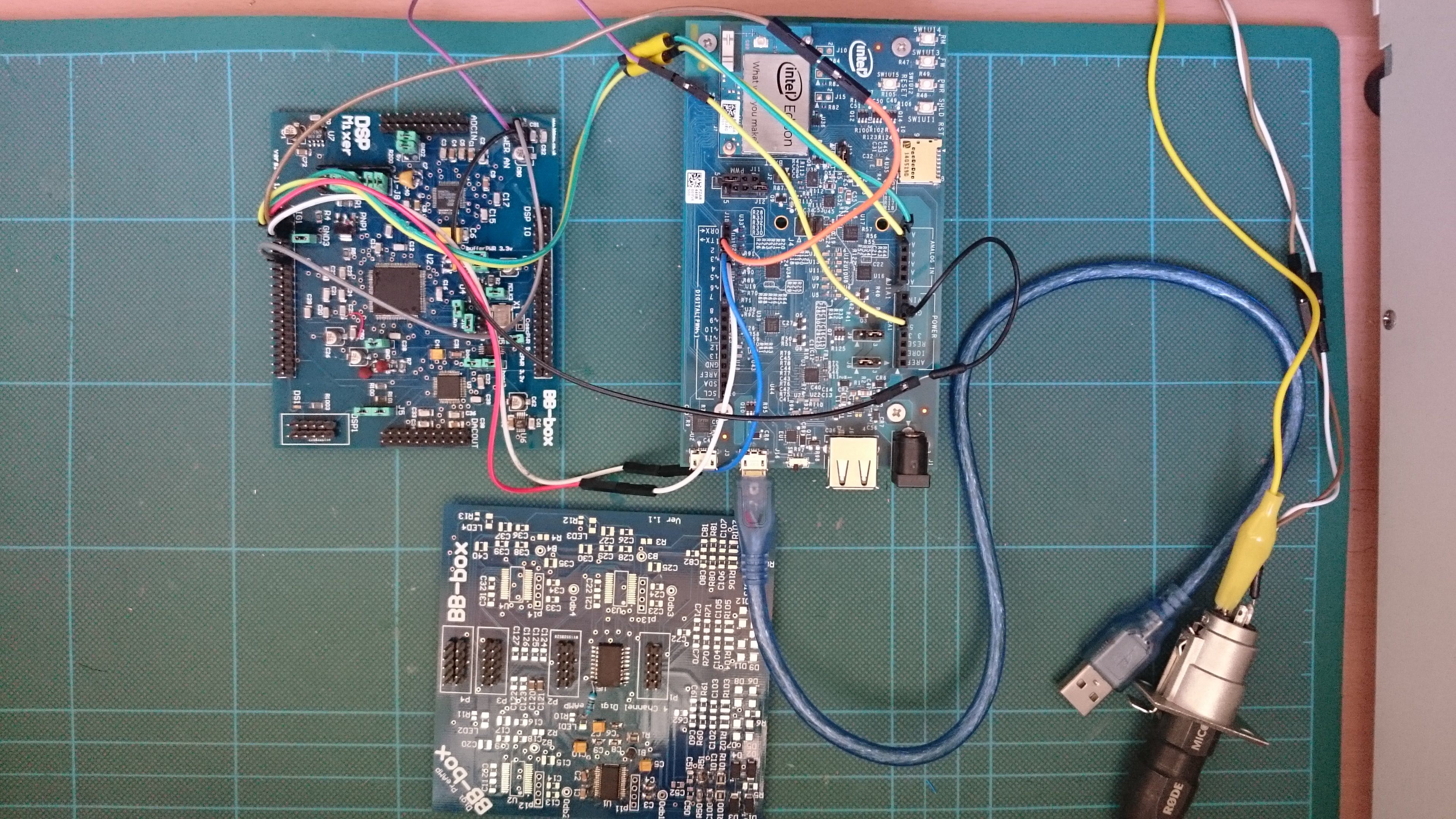 The 24.576mhz clock and fan out buffer is delivering to ADC DSP & DAC well. At least it looks good on the scope. Scanning the I2C bus with the edison ( arduino adapter board ) and I find the ADC and Eprom Address & and an incorrect DAC address of 0x19 and NO adau1446 i2c address. The DAC , could be a strange revivssion of the chip maybe or some bizzare device that gets detected on the arduino adapter card ( meaning the DAC is'nt appearing ) it should appear on 0x30. So I'm thinkng its possible the reversed transistor could have cooked the DVDD pins and burned the ADAU1446. Its strange though since it's generating the onboard 1.8v now fine. There is a slight hope that the slightly incorrect capacitors I have on the PLL filter is causing the PLL to not function, but I'm not sure that would prevent I2C from answering to a start condition with the scanner code. Well I have 4 more boards to try :) The 4 channel PGA2500 based preamp in the pic only has one channel populated and is missing the DC blocking caps for now. I've started soldering up another board, maybe I just blew the chip !!

Anyone had experience socketing the intel edison ?? what would be a good choice for logic level translators for I2C and edison ? I need bi-directional 1.8v - 3.3v - 1.8v I think that would be I2C compatible.. I suppose I could just copy the componants used on the arduino breakout board , but maybe there is something better ?