Its using about 350ma of power with all 8 differntial channels busy with on effect or other.

The PGA2500 preamps work best without the ADC's 2.5v DC bias becasue of the lack of headroom at +-5v preamp rails so DC filtering capacitors are needed between preamp outputs and ADC inputs. I also have some resistors to attenuate the preamp's 8vpp to 5vpp of the ADC inputs. I think the ADC can handle 5.5vpp but don't want to blow the channels.

I'm not sure if I will work on hooking up the midi knob controller first or just make a blue tooth app to control the preamp GAIN / DSP functions / DAC output levels.

That would be a lot of knobs and buttons without a screen / menu. but adding rotary encoders and a cheap screen would be what all mixer recorders do already?

well there is a ton of work to do already with programing the mixer / microcontroller. I'm still just using an arduino ! I tried the edison but the I2C bus looked very week at 3.3v on my scope. I'm not sure if thats becasue there are 5 devices on the bus , I tried differnt value pullups and nothing really helped. Main reason for edison was idea I could record 8 channel TDM to SD card. Maybe this was a bad idea anyway. I prefer the idea all the code is just in the arduino IDE and would be even better if I could do the multichannel audio recording in arduino Due or Zero. Unlikely but worth looking at.

I suppose recording to a formatted card or drive woud require an OS of some kind? 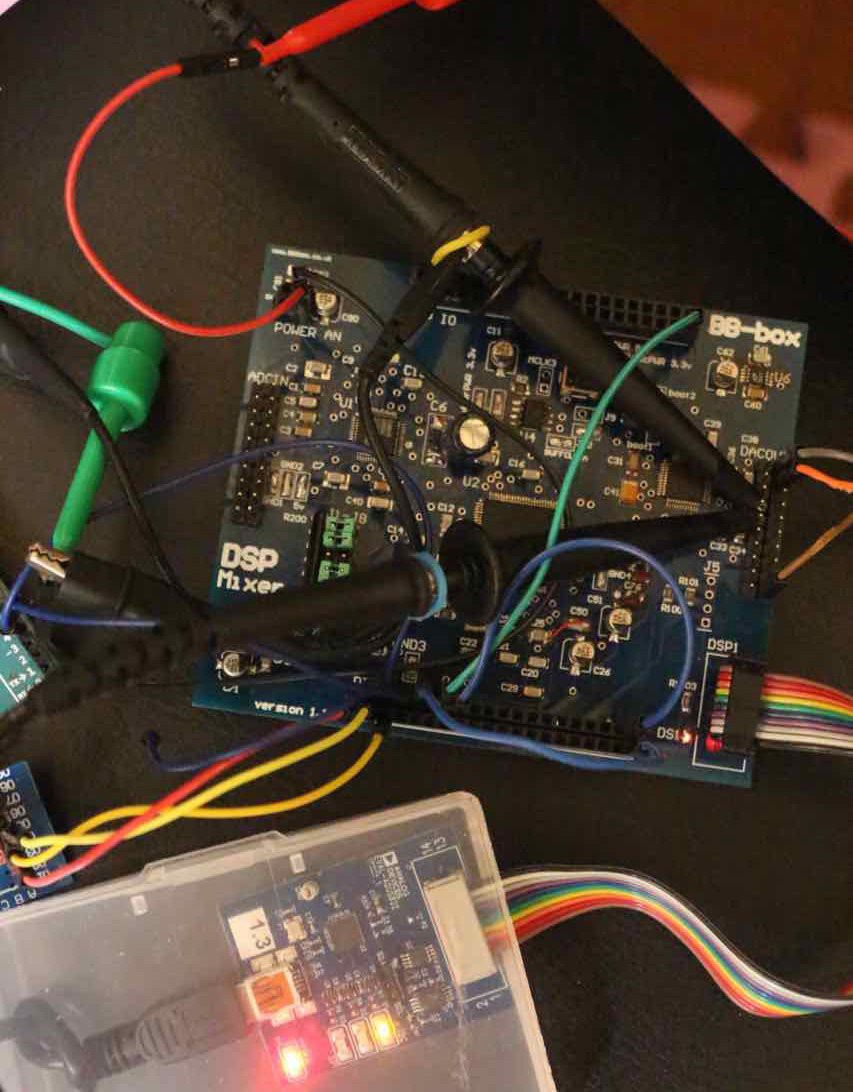 yes, that's the name i was  looking for :) could you recomend a good value AC coupling cap to use for this kind of application ? would I loose bass frequencies with a high value cap ? or other way around ? i'm using 10uf 25v, should i use tantalum , ceramic ? I suppose I could get a poor mans signal generator on the inputs ( for me an android app ) and put out a sweeping sign wave and look at the output of the preamp on the scope with differnt caps. Or AC coupling caps don't filer anything AC at all? my signal generator ( android ) is as good as useless i'm sure.. need to get a proper signal generator off of ebay one day maybe..