I've just finished assembling a PGA2500 Pre Amp Card. It made more sense to make single channel cards for testing differnt switching filters attenuation etc. My original idea of making 8 or 4 channel on one card was well over ambitious ! I've learned its much better to proove something works before you make multichannel anything. Find something that works and repeat ! 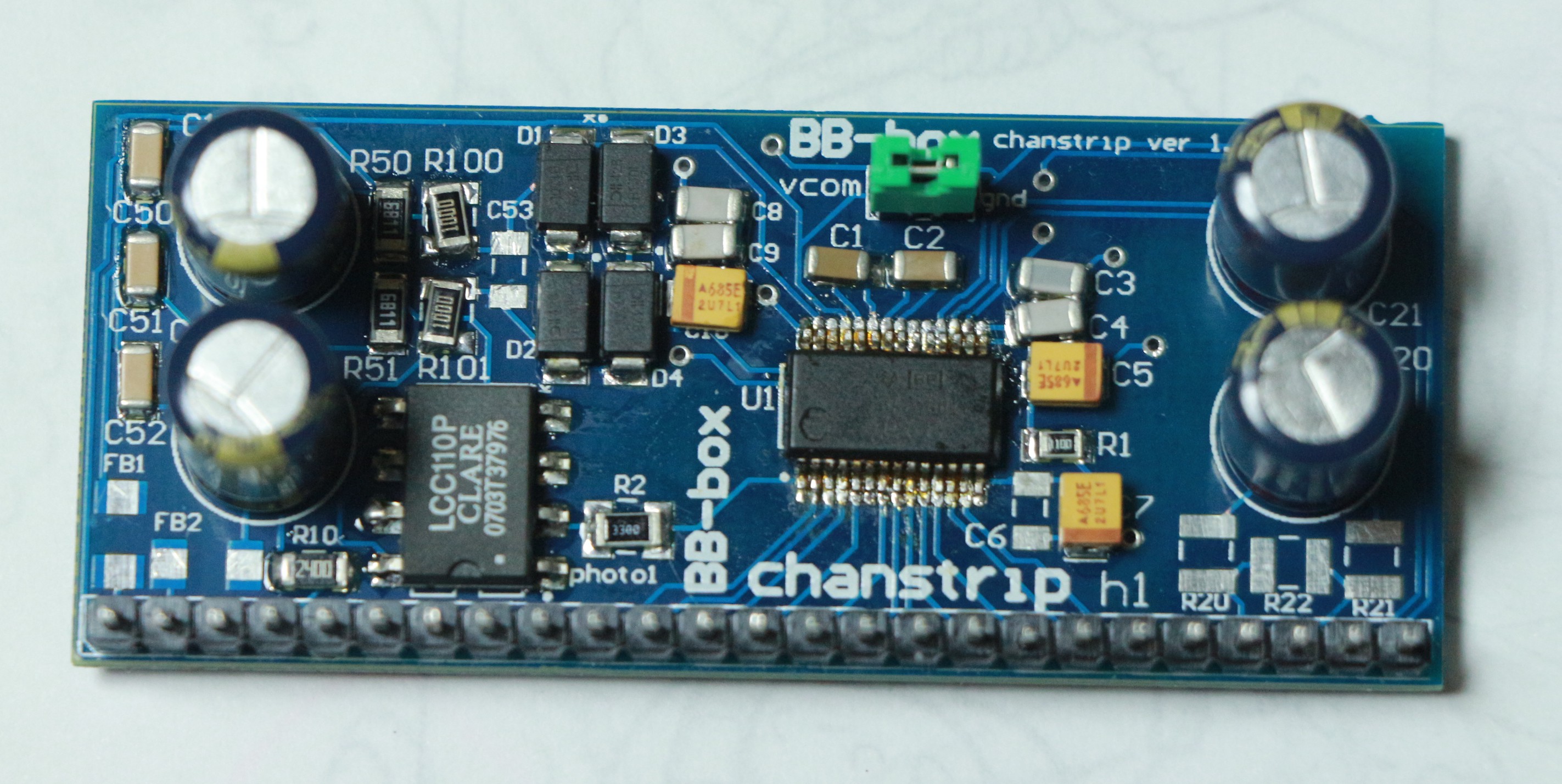 This card is 66mm x 28mm and includes a dual channel Cform-A PhotoRelay. The Photomos relay switches the 48v phantom power from on to ground to discharge the DC blocking caps when in off position. Its about as thick as the blocking caps and AC coupling caps.

I go this board made at Seedstudio Fusion The board was really cheap , 9$ for 10 ! The board was finished pretty well for the price and the smaller Via I made had no issues. The vias had a hole size of 20mils and looked cleam. The 2 layer board looked similar to others I have made but one massive advantage I found with seeedstudio fusion was the Gerber layer checker online app ! I have MCN viewer on OSX and it does'nt always show the drill hols correctly. This was more of a problem on the headphone driver card ad headphone socket drill holes were not showing up. submitted Gerbers to Fusion and the viewerr correctly showed the layers !!!

I have to say it was a pain manualy changing every via size in Circuit<aker though , there is no way to select all via's and change size , at least as far as I know of ? anyone know if thats possible in CircuitMaker ?

After testing this board I will shrink it all down to 0603 parts where possible. I may need to add some potentiometers to the pads so decided to keep the pads large for now..

The header pins will be bent over so the card can fit into a backplane, or right angle headers will be used later. for now i'll be just testing the one card.

The AC coupling caps for the ADC are over sized I think. I only need to AC couple -600mv biased oututs to +2.5v ADC inputs on the DSP board so I don't think I need 47uf ( perhaps 10Uf ) and 63WV is overkill also ! I'll be changing those and checking on the scope / multimeter.

The U attenuation on the output is a bit cramped for pots , so I'll just use the values I already calculated there to attenuate the output to the neccesary voltage swing for the ADC.

The jumper is Vcom to ground. The Vcom from the PGA2500 is broken out to pin also in case i need to bias the chip.

OVR pin for possible input compressor and GPIO's are broken out.

The digital side of the ChanStrip card groundplane is partitioned and the Analouge and Digital grounds will be connected somwhere on the back plane so there is only one common point for the return path. This help prevent digital noise from getting to the preamp.

There will be SPI isolator on the backplane also.

Well I have'nt plugged in in yet and I'm fairly tired after soldering this board ! stay tuned and I'll try and make a video of the results.

I also made a LineDriver card and professional quality Headphone card at seedstudio and I'll post here with pics of those 2 when I have go them made up.

The backplane should be fun , I'm going to make that out of Vero board for testing before I make a factory PCB !

The board is working really well. I have'nt plugged into any kind of backplane yet , just hooked up jumper wires to it. I added the TDK RF beads that should filter out any mobile phone / HF interferance. I tried calling out from my mobile and theere was no noise , but have'nt any real test with long cable runs etc.

Started on the headphone driver but that did'nt work out well at all :) will add that to the next log.