In several scenes in the movie Stargate you can see how the fans on the sides of the Horus and Anubis helmets rotate in a progressive manner, with the upper fan moving the greatest amount and the lower fan moving the least. It's a really cool effect and the set of three fans on either side of the helmet was made to move using a single servo. It's a really compact mechanism.

In order to replicate this I created a kinematic model of the mechanism using a free program from Autodesk called ForceEffect. This is an awesome bit of software that allows you to plot motions of all kinds of linkage mechanisms. I would have killed for software like this back in the day (20+ years ago) when designing suspension mountain bikes as I used to plot kinematics manually. The original helmet mechanics used helper springs to overcome the high leverage ratios- I have the benefit of modern digital servos that are much more powerful than the analog servos used when the film was made. 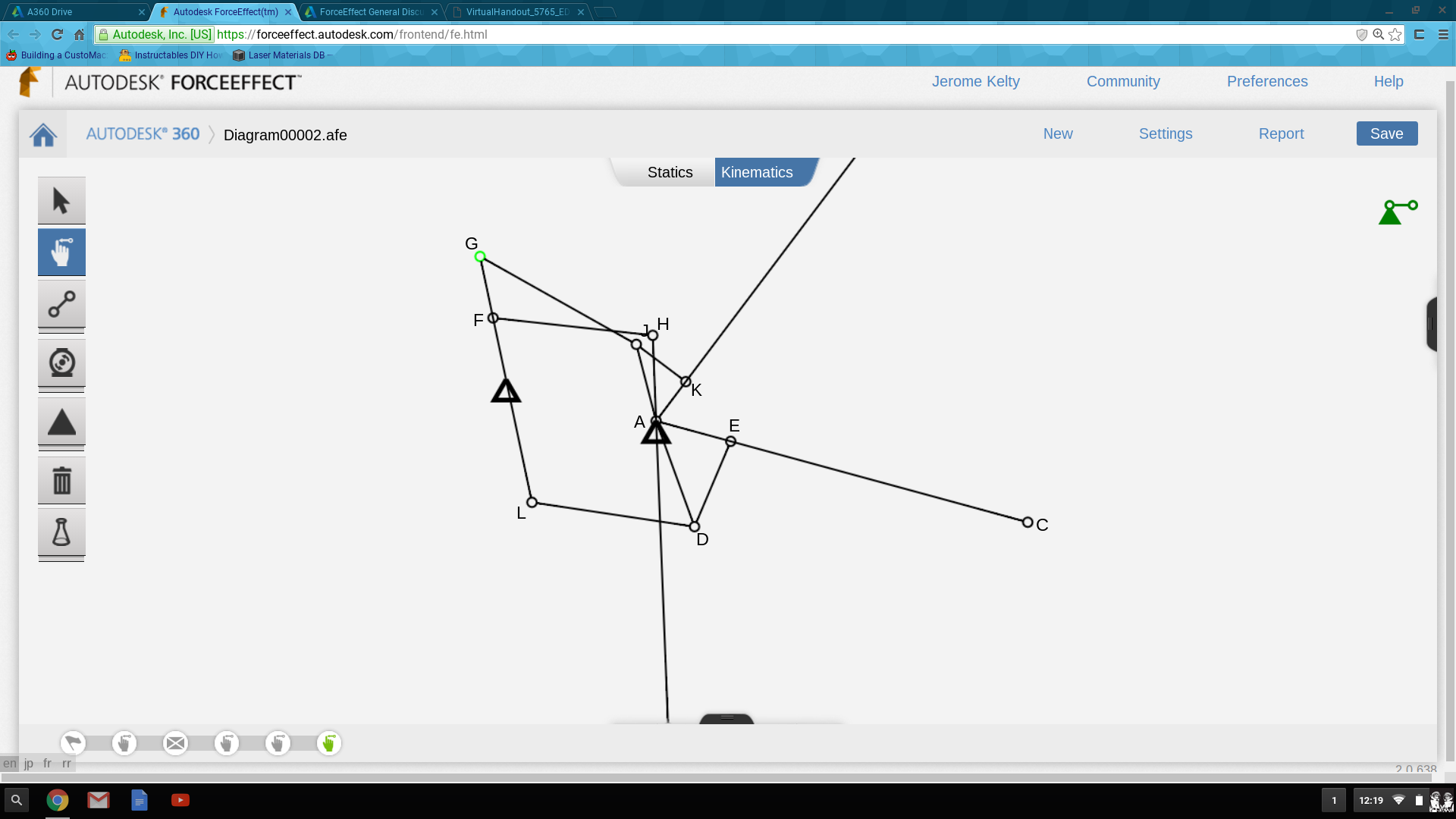 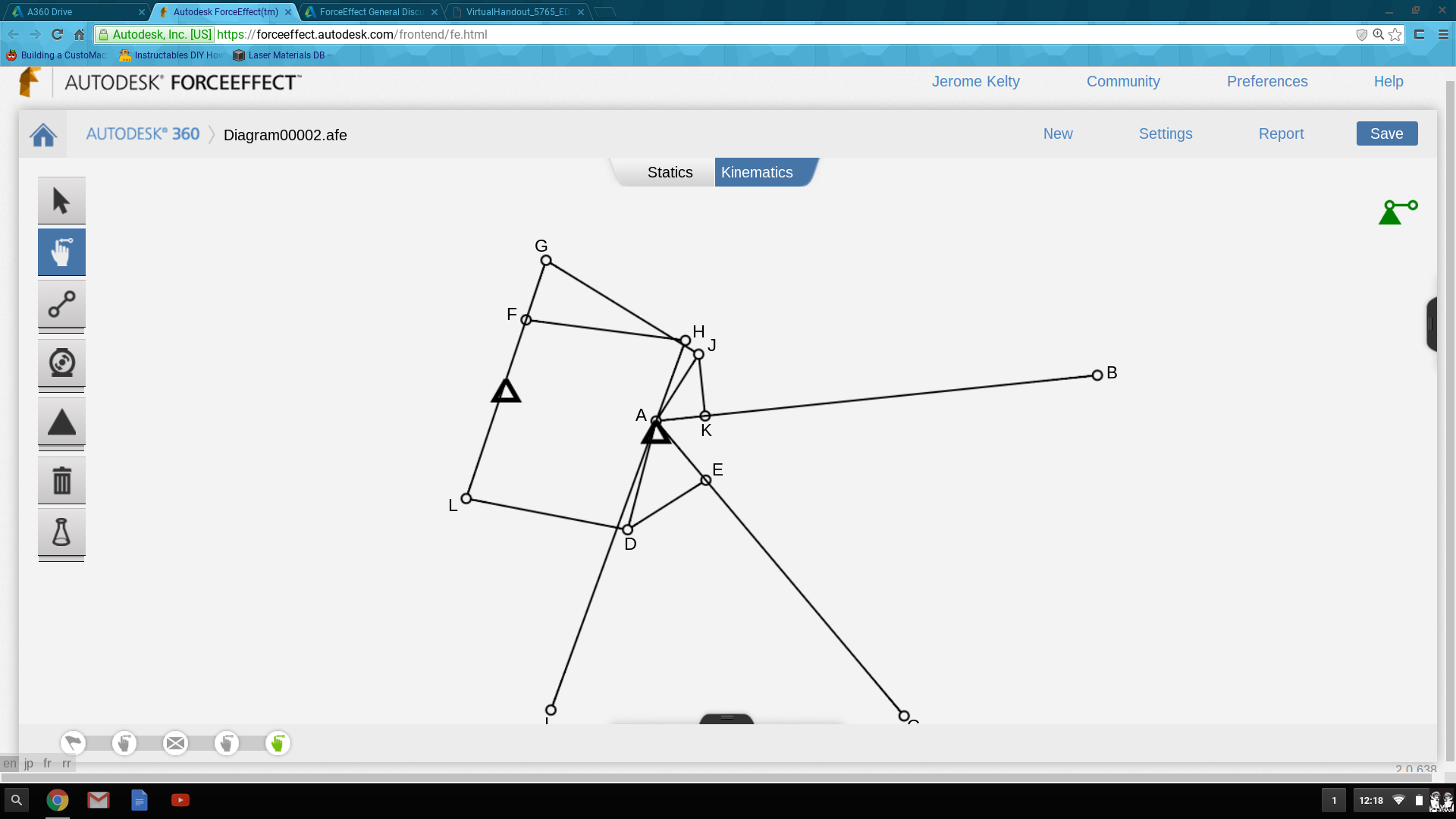 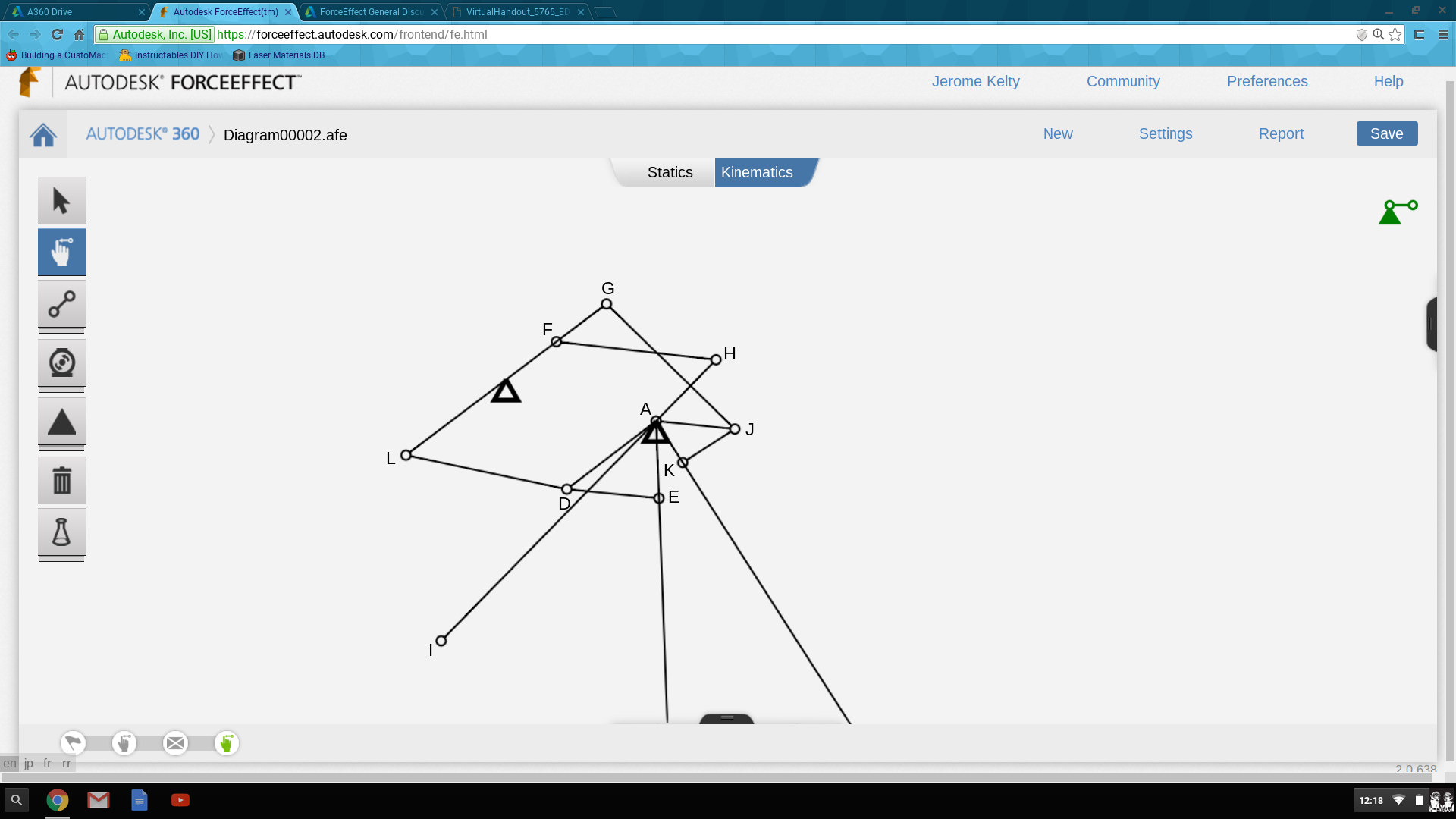 Once I figured out the necessary linkage lengths and pivot locations in ForceEffect I began building the fan mechanisms. First I cut the fan arms from Aluminum using a bandsaw, drilled the pivot holes and tapped the holes for the linkage screws using a 6-32 thread tap. Next I cut the servo mounting plates from 1/8" Aluminum sheet. The five holes in the center of the mounting plate are for the Actobotics 1/4" mounting hub that holds the fan pivot shaft. 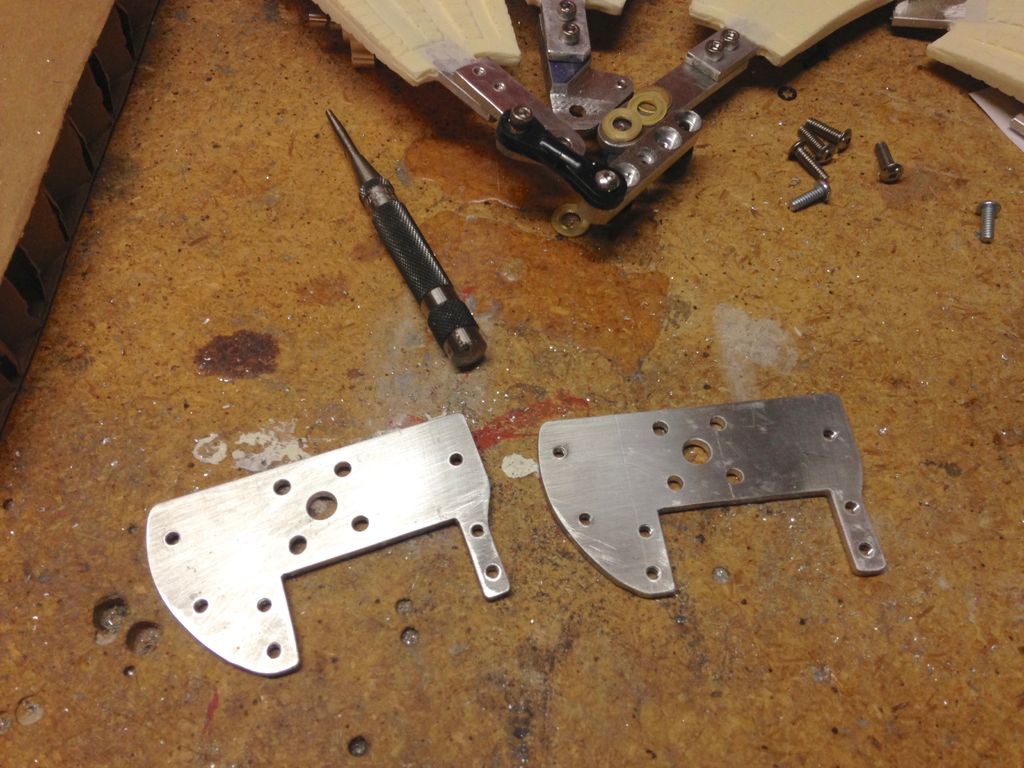 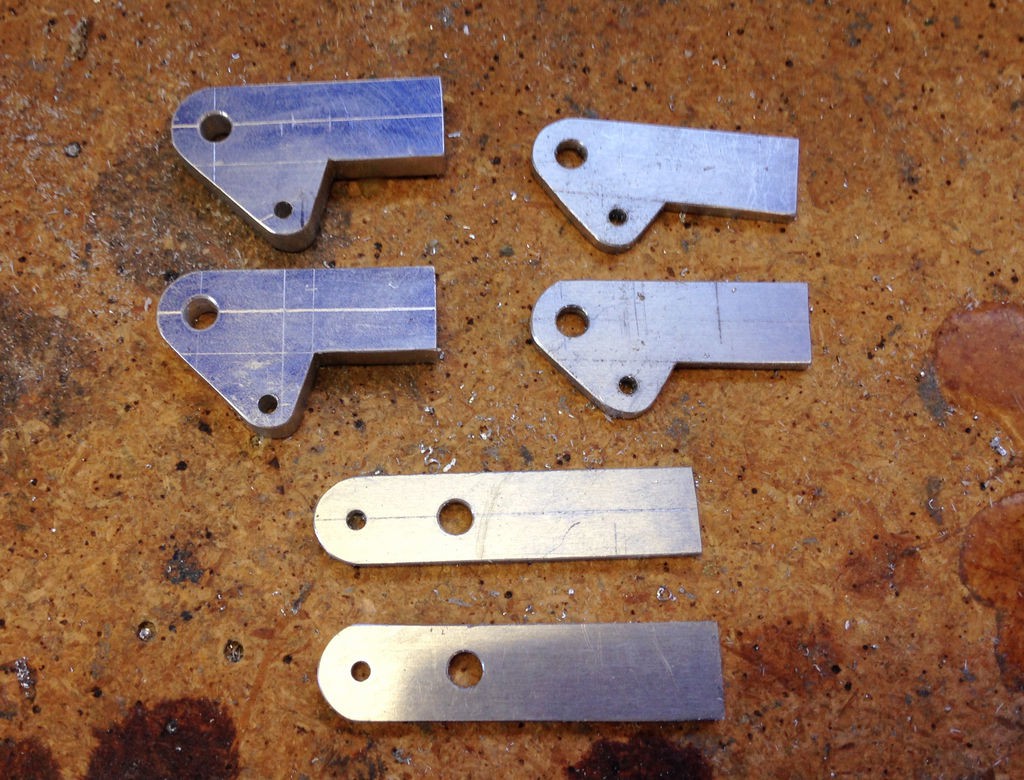 Here's the test fit of the assembled mechanism. Note that the schematic shows the left side of the head and this is for the right side of the head. In these photos I still have a little bit of relief machining to do and drilling of the fan blade mounting holes. The arms were slid over the shaft with brass bushings in between each arm and a locking collar holds the Aluminum arms on the shaft. Small linkages were made using 6-32 threaded rod and ball link ends. 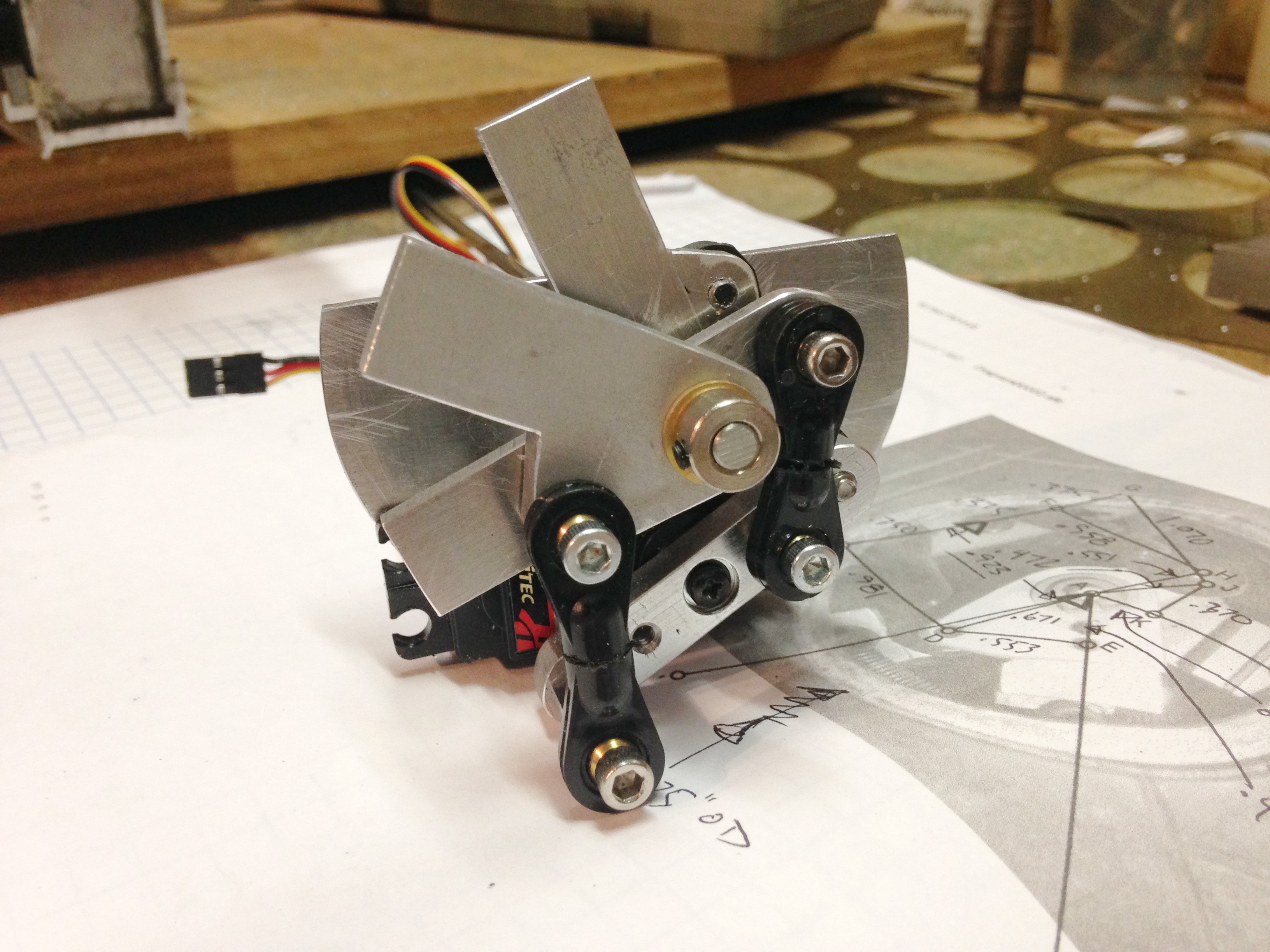 Once I was sure I liked the range of motion (and nothing was binding!) I mounted the fan blades to the individual arms with two bolts holding each fan blade. At this time I also made the mounting arms that bolted to the servo mounting plate. 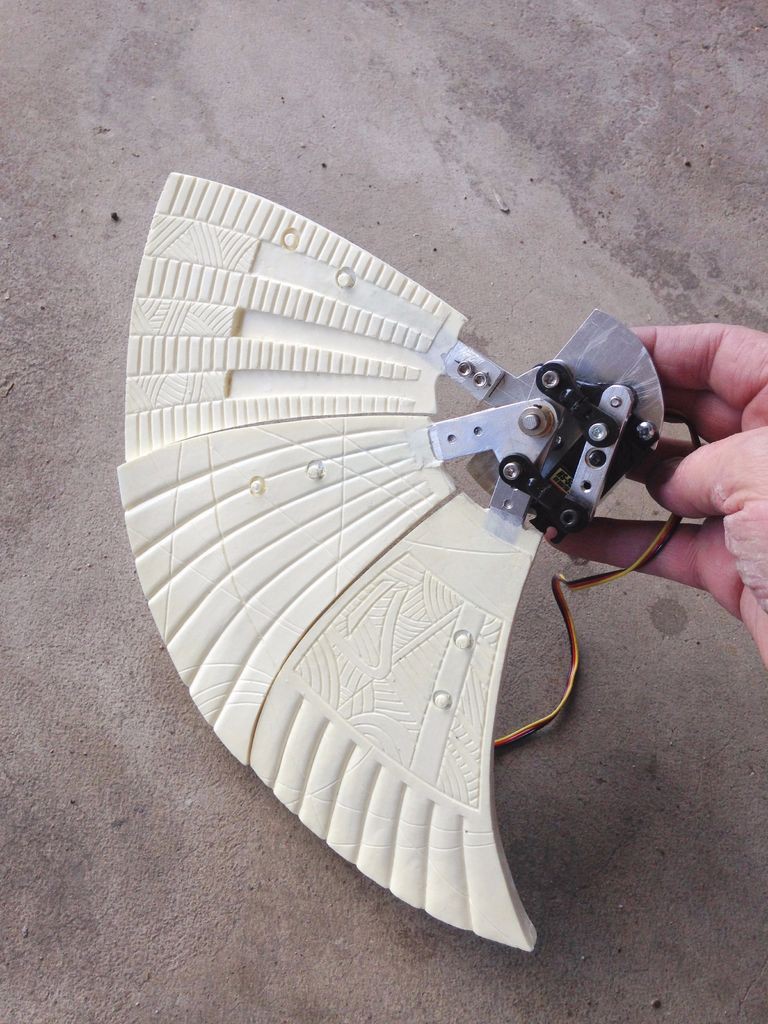 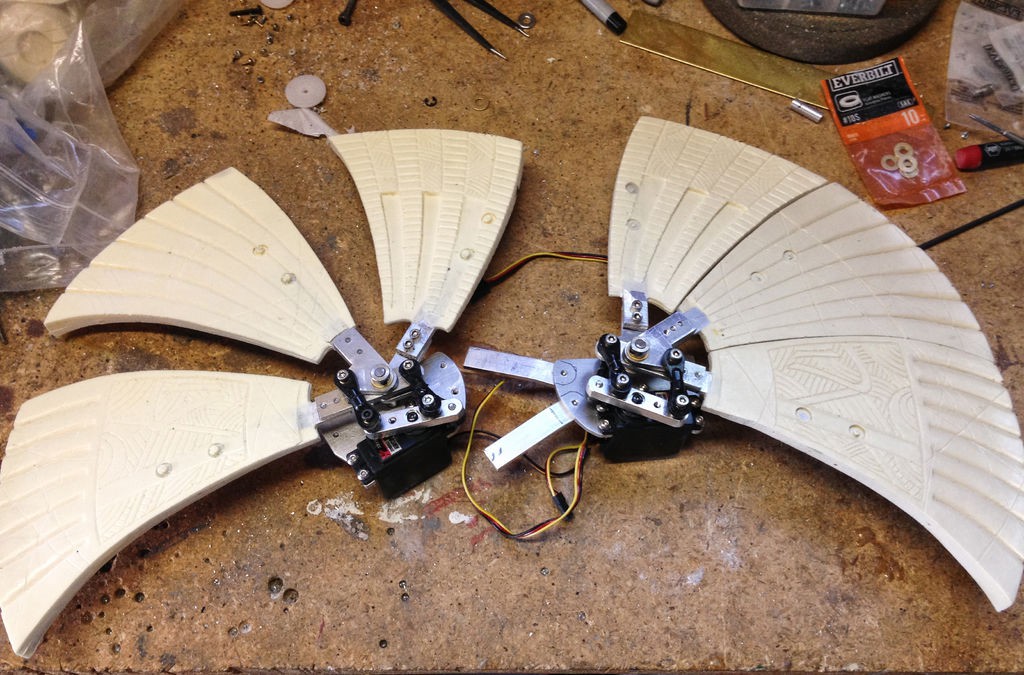