Actual characters on an actual screen. What I thought I had worked out ages ago was not really correct.

This is 800x600 @ 72Hz SVGA mode, with 9x16 character cells and 8x16 font. The red bars are 8 pixels wide which is why they drift out of step with the characters. On a VGA screen, line-drawing characters are extended into column 9, to allow you to draw continuous boxes, so column 9 of the character is generated from column 8, if the character is within particular ranges, otherwise you get the spacing between characters.

The actual character grid will start in further from the edge of the screen to allow time for the first character to spool up (fetch from screen ram, fetch from font rom, and interpret the attribute byte).

At that point, we should be ready to hook up a CPU!

Also, on the dev board I'm currently using, the buzzer produces a high-pitched whistle, despite nothing being assigned to its I/O pin. It'd be nice to not have that. I also just noticed that C, L and U are missing from the character set below... probably not a coincidence that there's 8 characters in between each missing one. 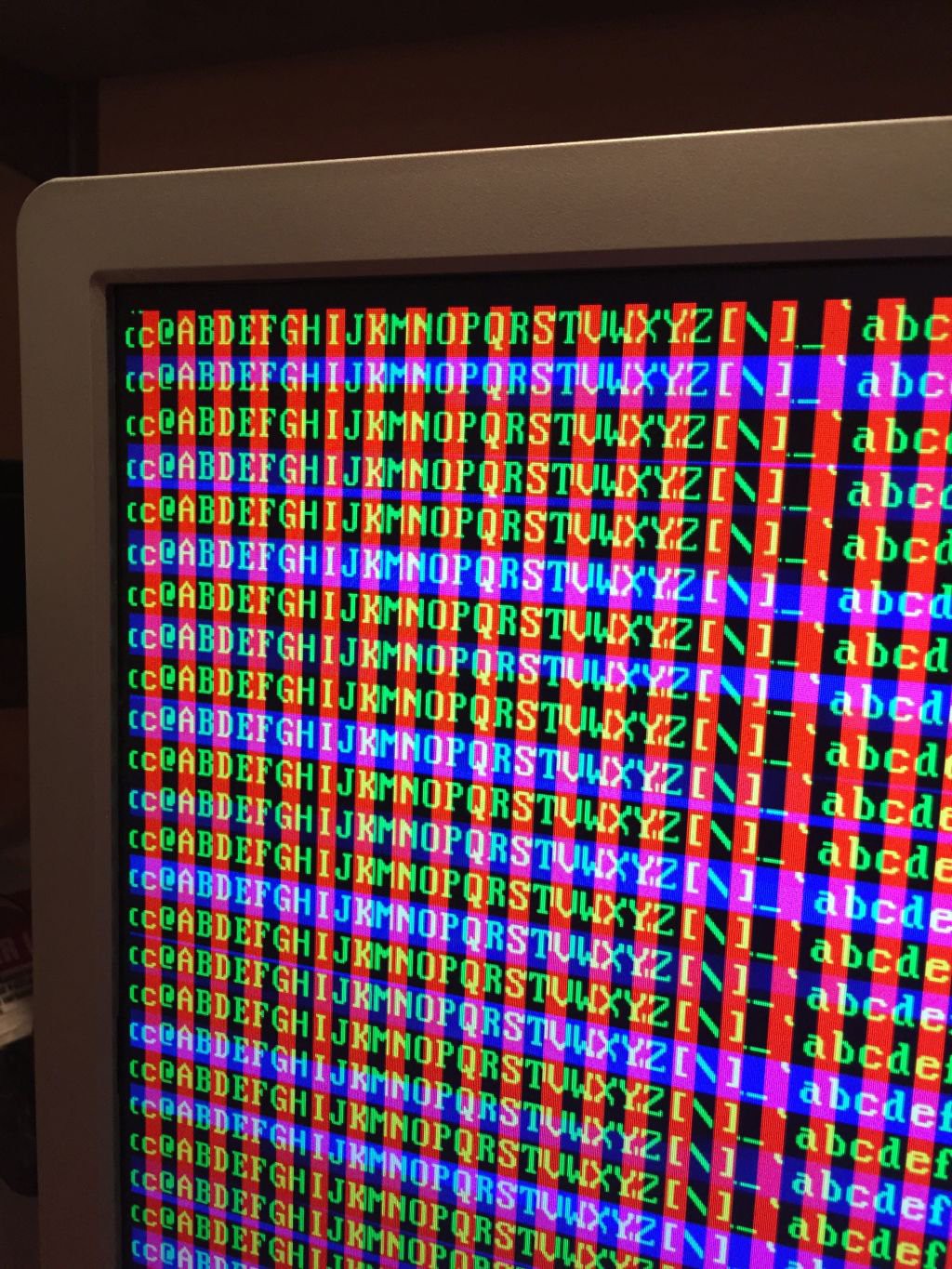