A working model of a Logikoma from "Ghost in the Shell: Arise".

It's been a long time since I worked on this robot, mainly because I got stuck with the hands mechanism. You see, I want it to have hands like the original Logikoma had, and since I have one free servo channel, I wanted them to move, allowing me to grab things with them. This gets rather difficult to do if you don't want to make custom 3D-printed or laser-cut parts, and I didn't think about it when I was ordering the laser-cut chassis.

I finally had this idea -- I can just mount the hands directly on two servos, and connect both servos to the same signal -- pretty much what I already do with the wheels. But then there is a tiny complication -- I need the servos to move in opposite directions. There is really no room to mount one of them up-side down, so I still had a problem.

Then it occured to me. If you open a servo, you will see the PCB with the electronics, and some leads going to the motor and to the potentiometer: 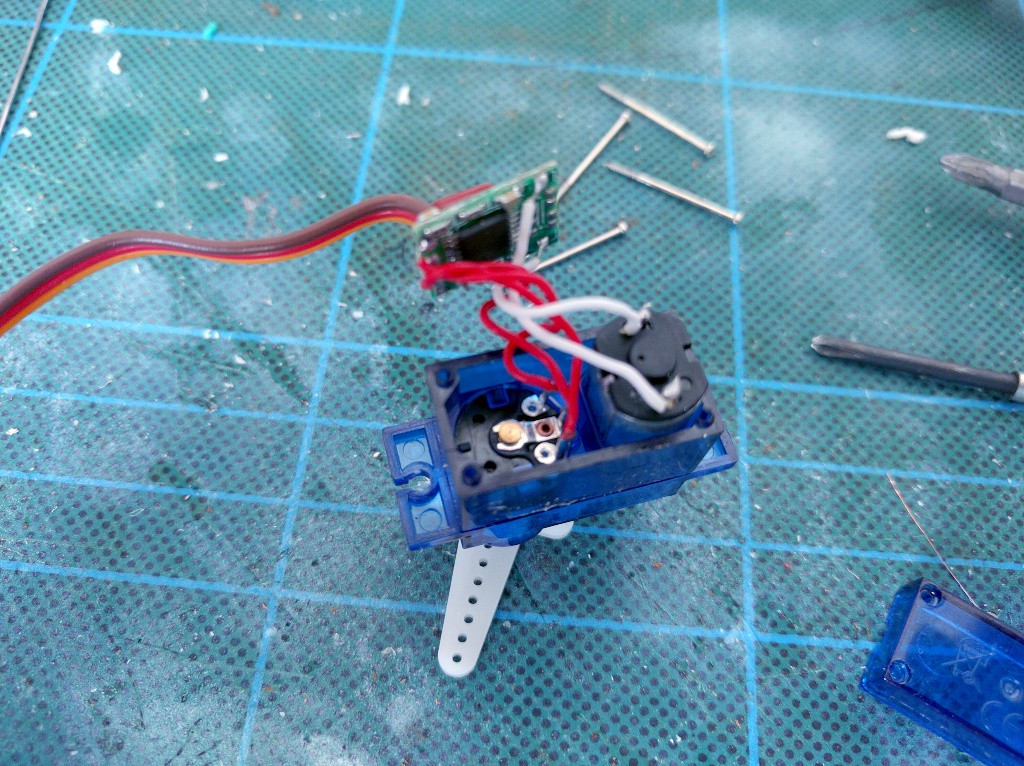 Swapping just the motor leads won't work -- the servo will go crazy and try to move in the opposite direction than it wants. But if you also swap the potentiometer leads, then all is good again -- both the motor direction and the position feedback are reversed. Voila, a reversed servo!

Now all I need is to attach them under Logicoma-kun's body, and connect to the one servo channel: 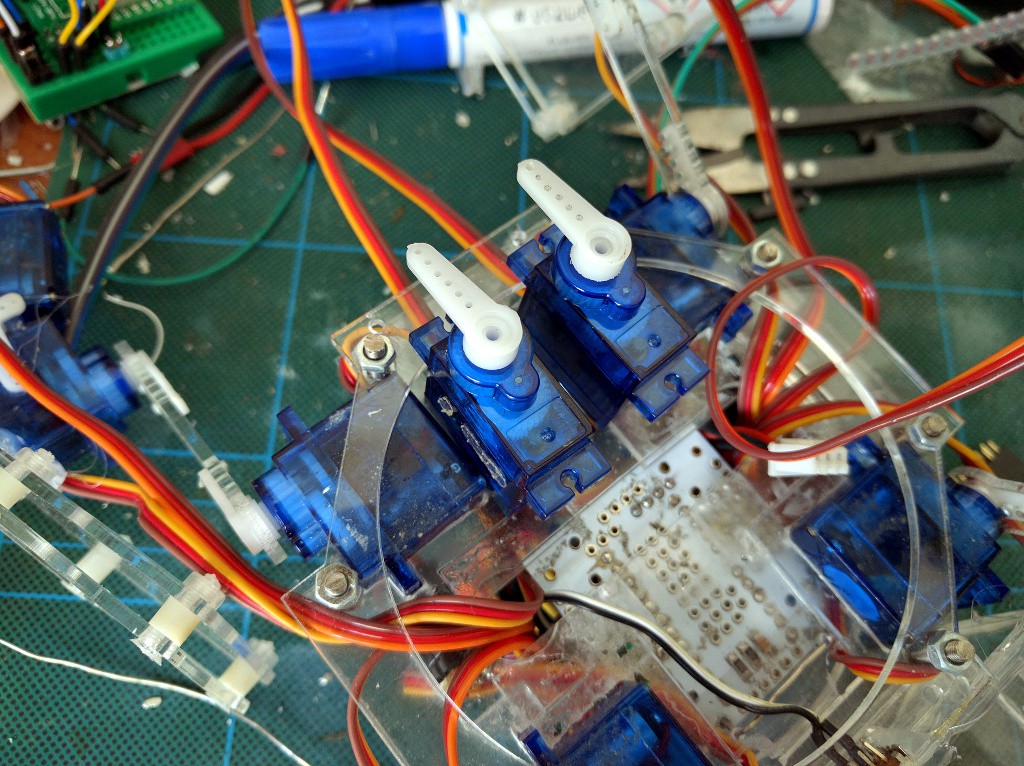 Then attach the hands to them, and we are done!