A working model of a Logikoma from "Ghost in the Shell: Arise".

For a long time I couldn't decide what to use for brains for Logicoma-kun. The initial experiments were done with Arduino, but I'd like something stronger and with the possibility of remote programming. For a time I had high hopes for the WiPy -- I waited for it to be released and then for the Timer bugs to be fixed, so that I could use it to control servos. But when it was finally fixed after several months, it turned out that I can't control enough of them at once easily, and that programming WiPy over FTP is quite awkward.

Now that the Micropython for ESP8266 is re-done and working great, I decided to use the old combo: Arduino Pro Mini as a servo controller, and an ESP8266 module for the main brain. Promptly, I put together the whole thing on one of my breakout boards: 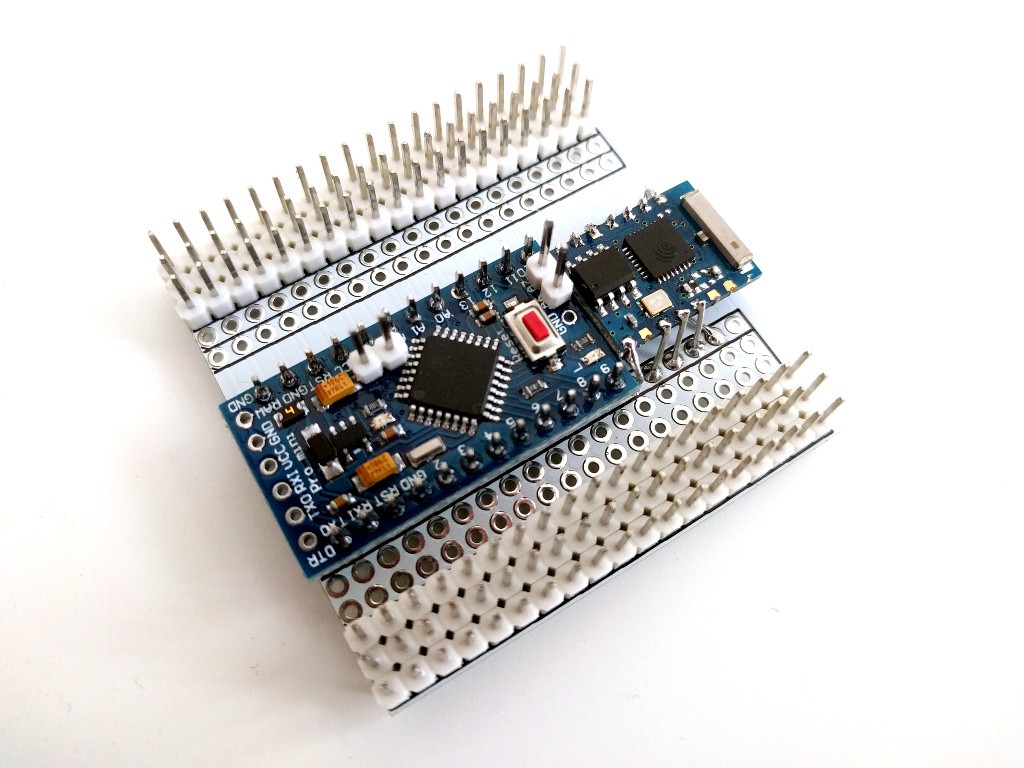