Another compact, breadboard friendly breakout board with 8 pulled-down buttons and 8 LEDs.

Who's not tired of wiring a simple push button with a pull-up resistor on a breadboard? Or an LED and its limiting resistor? I grew tired of this so I designed this little board. It features 8 buttons each pulled down by a resistor and 8 LEDs with their limiting resistors. The board uses the power supply lines of any Blue/Red striped breadboard.

Nice design style. There is a link to the gerbers and BOM? Thanks in advance!

Are these boards available?  For such a handy device, I can't find ANYONE online who has anything similar for sale, even if they only provide LEDs on their device.  I'd love to get one of these units real soon.

I knocked this together a little while ago:

It drives the LEDs with a couple of buffers and has selectable pullup/pulldown on the switches and buttons, though you'll need to run jumpers from your breadboard over to it.  You can also tap 5V to power your board from its USB-C connector.

OTOH, the way the board presented here just plugs into a breadboard should make for less cable clutter.

(If you're interested, I still have two boards available through Tindie.)

Hooking up 8 or more LED on a breadboard is actually pretty easy if you have the parts in right packages - bargraph LED and SIP resistor network  (blue/black part under the bargraph) is the SIP.  I ran the orange piece of wire to connected them to GND. 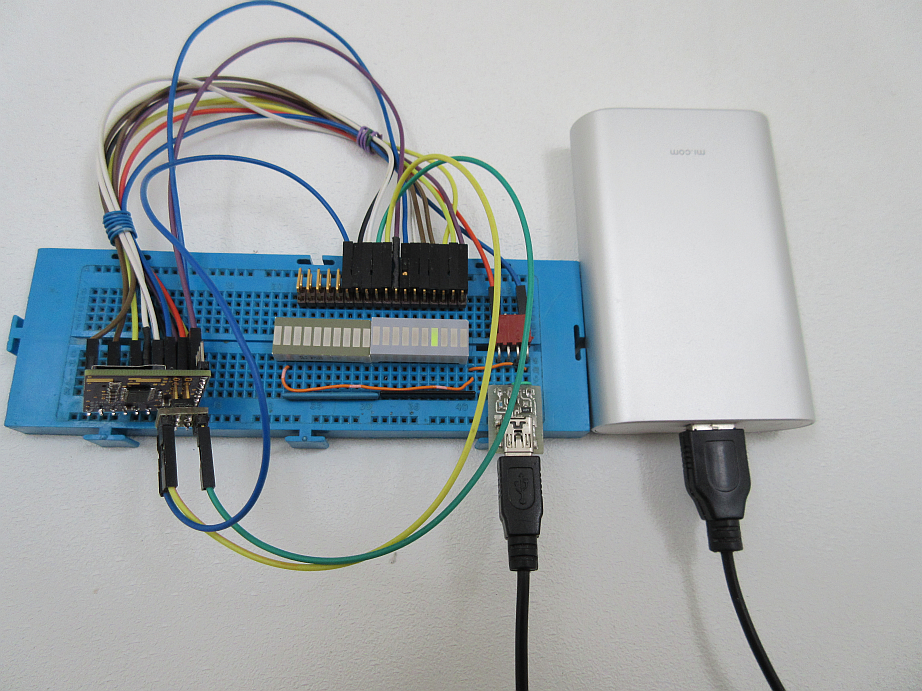 You are absolutely right. That's another way to do it. And for the buttons you could use dip switches unless you need momentary push buttons.

My device is mostly relevant when there is not much space on the breadboard as it uses only half of each row. I guess for such a simple problem there isn't much to optimize!

Rework the T5 board to get rid of the (apparently) useless 8051 QFP chip and have the ESP8266 do all of the heavy lifting.
Project Owner Contributor

This board is for a workshop I'm doing showing folks how to do some soldering using stencils, PnP machine, by hand and with hot air.
Project Owner Contributor