January had rolled around, and it was time to wrap up my prototype. Literally :-)

I built a box from glossy paper prints, cut cardboard, and about a day's worth of frustration. I did my best to make it look as pretty as possible, and, as functional as you'd expect a box to be. 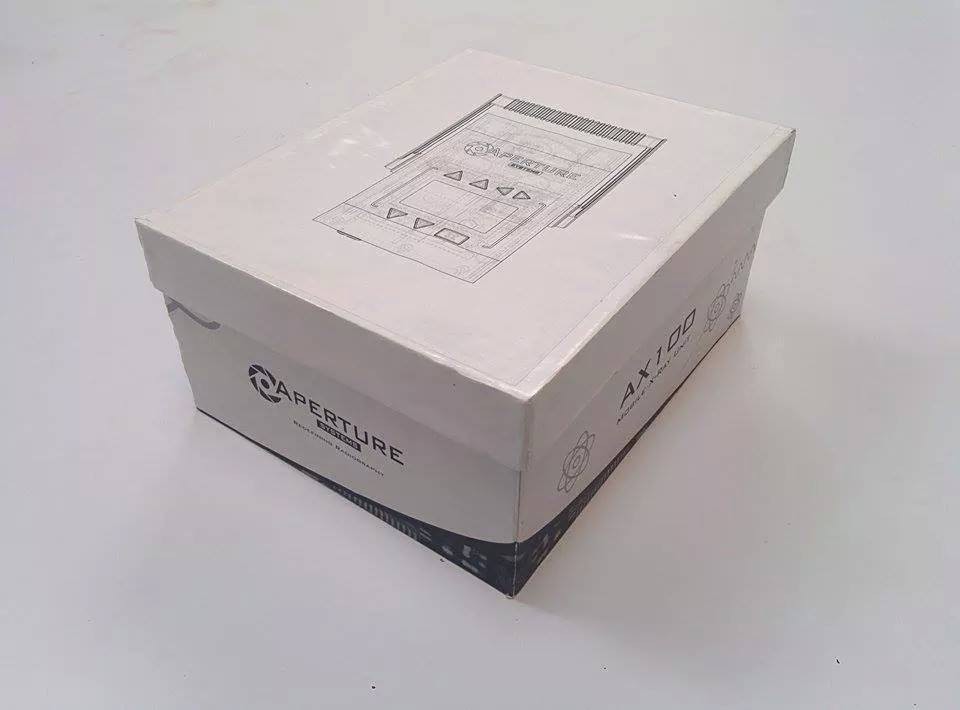 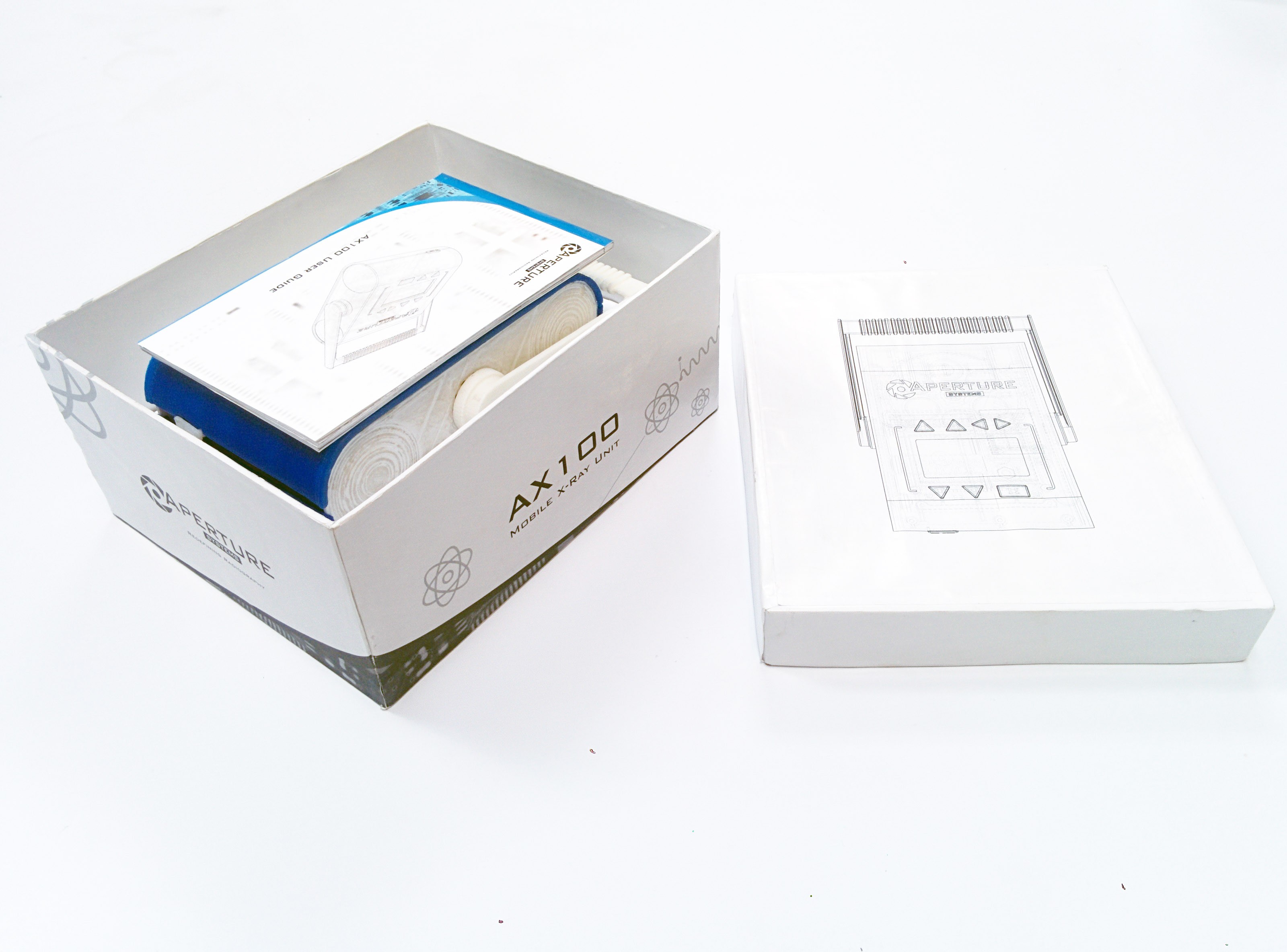 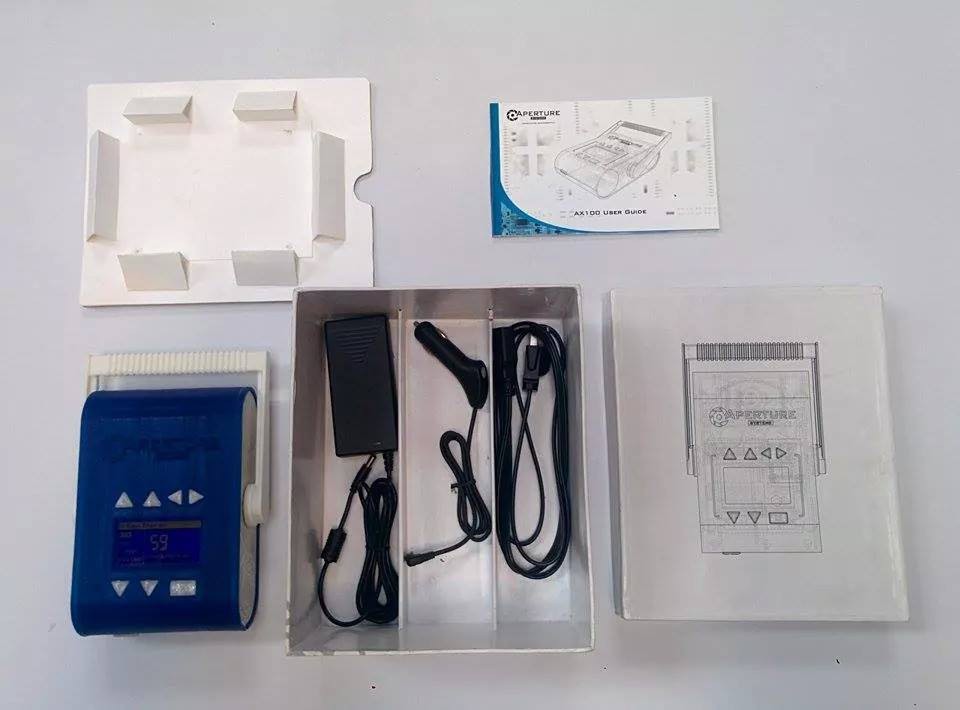 In retrospect, I'm not sure why I did design a box and user manual for this machine. I had gotten so caught-up in building things, that I failed to see any opportunity cost in building unnecessary stuff!

Now, at this point, I wasn't too sure of the quality of the x-ray beam I was producing. I didn't have any x-ray image sensors that could do a better job than my logitech webcam, but, it was plain to see that the beam was intense. But, was it coherent?

To answer that question, I bought a semi-working dental x-ray sensor. It consists of a CMOS photodiode array glued to a fiber optic plate, itself glued to a scintillation screen which converts x-ray photons into blue ones. Any image displayed on this screen will be coupled to the CMOS sensor array via the fiber optic plate (which increases resolution by making light rays parallel), for recording. 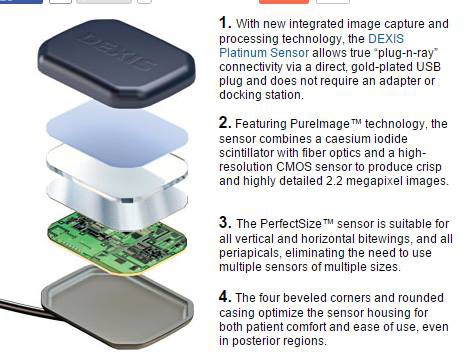 Unfortunately these sensors cost a great nickel and penny; far too much for me to afford. I ended up purchasing a broken one, with the hope that there might be something I can do to fix it.

To my dismay, the problem turned out to be one of broken bond wires. 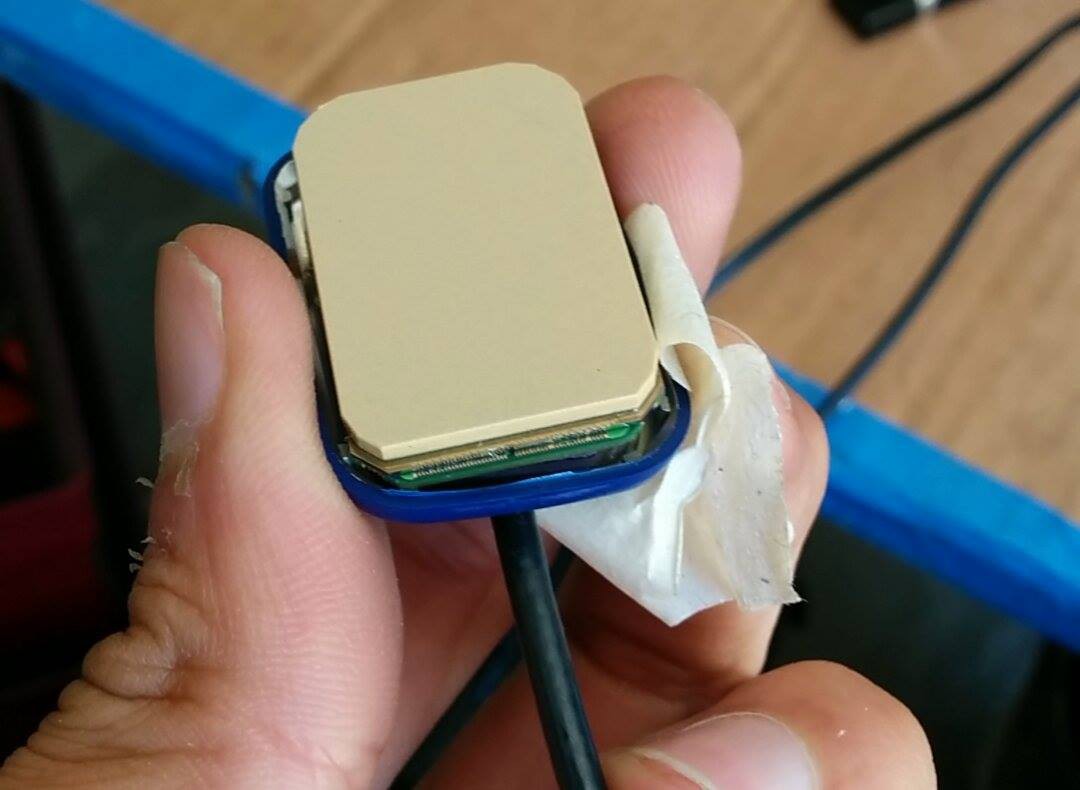 Fortunately though, under close inspection it appeared that only a few were actually broken; the rest were just bent at all odd angles.

By wiring a sewing needle to a metcal iron, wetting it, and very carefully soldering the bond wires back in place after moving them to the correct position with another needle.

This might be news to many folks, but, a healthy human hand is capable of micrometer positioning! The only thing that limits your ability to move that precisely is your eyesight, however, a stereo microscope can readily solve that problem. I don't have any photos of the repair process, but, when all was said and done, it took about 5 careful hours to complete.

So, how were the results?

Amazing, to say the least. The above photo is one looking through a cheap calculator. Note, that the 35 micron-wide bond wires are visible inside the main IC! At this energy, (50keV), silicon, and the rubber buttons are wholly transparent.

The following picture is one of an SD card. 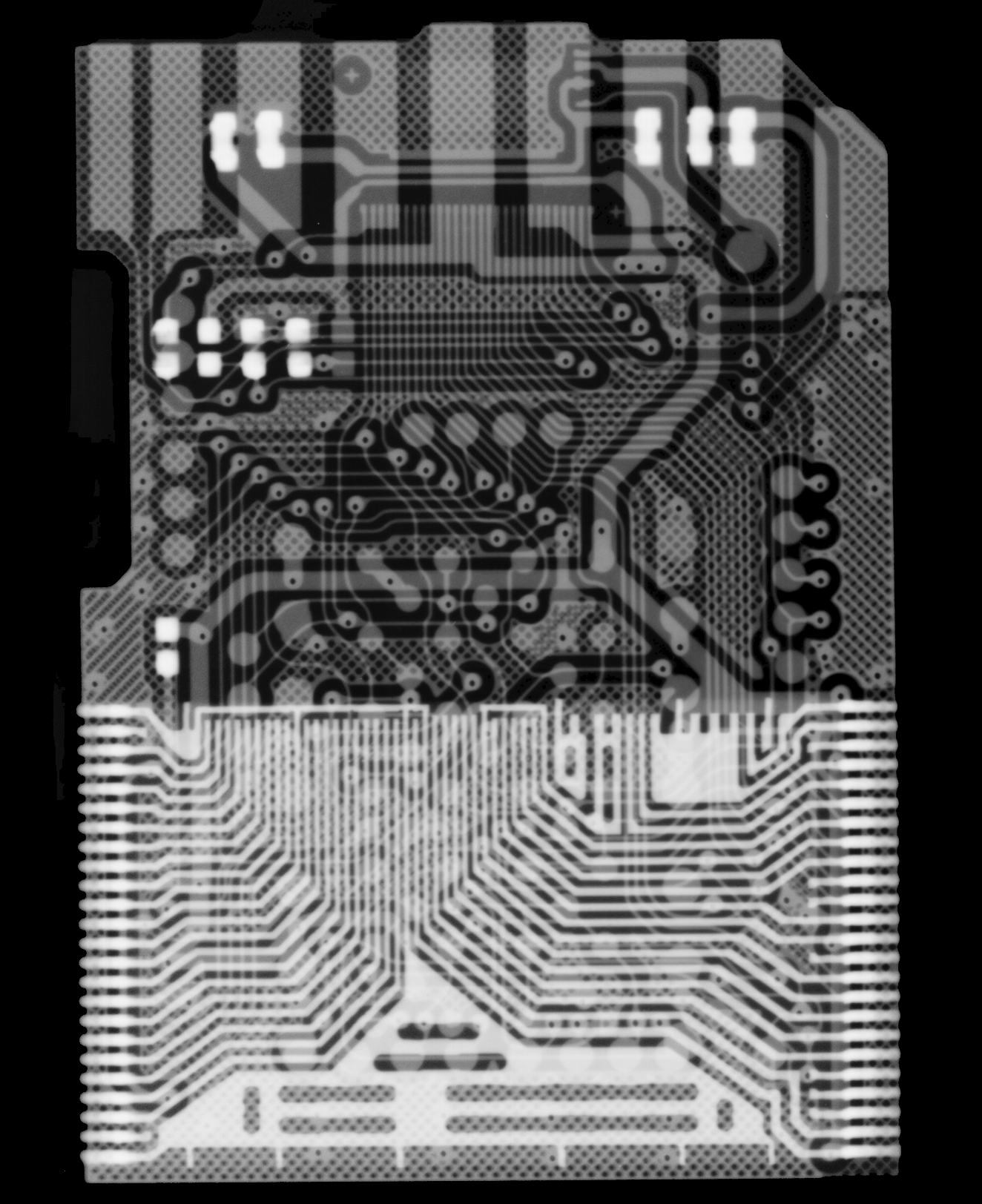 And this one, of a micro-SD card. 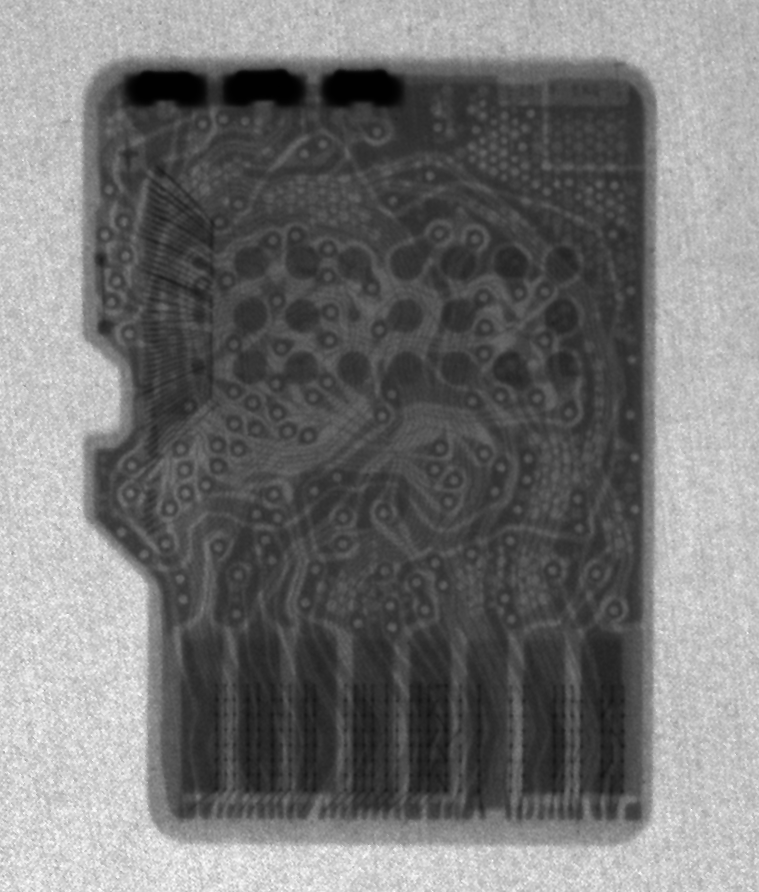 To say I was floored by how beautiful these radiographs were, would be an understatement.