At this point, I had recovered, or rebuilt most of what was lost in February. Feeling (somewhat) better, I set out to design a low cost x-ray sensor to accompany the x-ray source. Film after all, is expensive, messy, and, very logistically troublesome for medical practices in places that have less infrastructure than the USA. 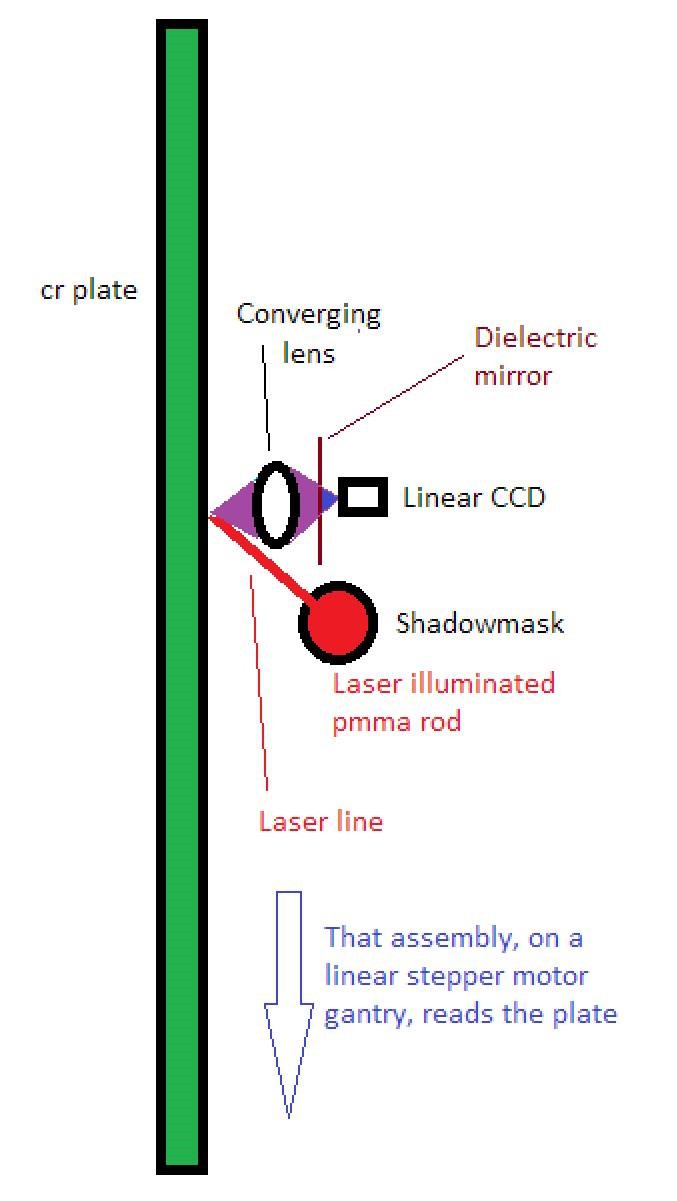 Silicon wafers are expensive, let's use less of them!

By using a photostimulable phosphor plate, (ie, a phosphor whose previously stored energy may be released by a low-energy photon), we
could in theory, capture a low-dose transmission x-ray, and there-after read it out using an array of 650nm laser diodes linearly focused onto the plate with a cylindrical lens, and a 1D array of CMOS photodiodes which sense the stimulated emission (blue light) via a1D-array of rod lenses and a dielectric, high-pass mirror.

The gantry containing these optics could be placed behind the plate and moved with a stepper motor much like a flatbed scanner, which would allow us to produce self-contained digital x-ray sensors of any size, at a fraction of the cost of using a 2D array of CMOS photodiodes as is done currently.

To build this, I used;

And, built this assembly below: 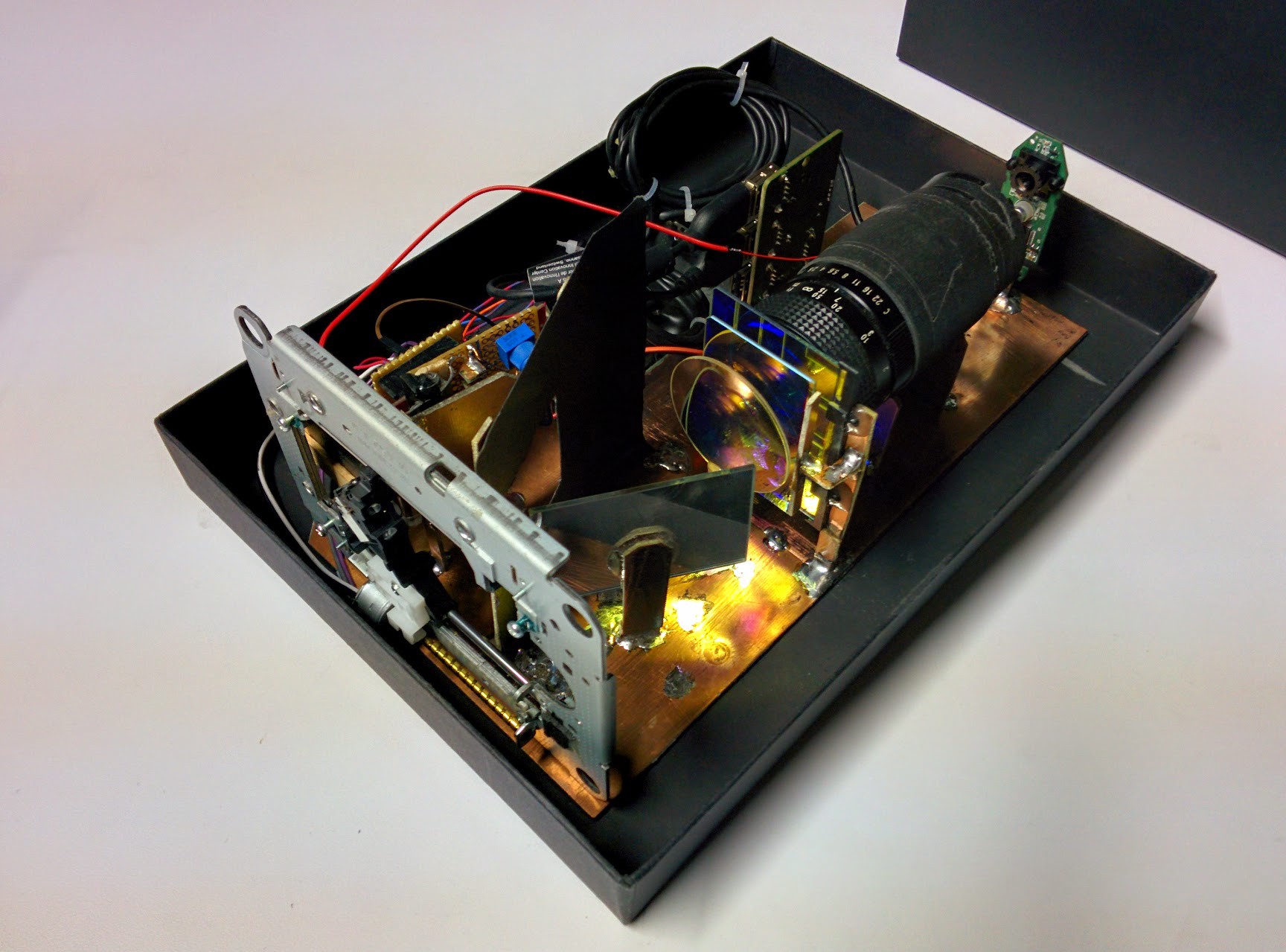 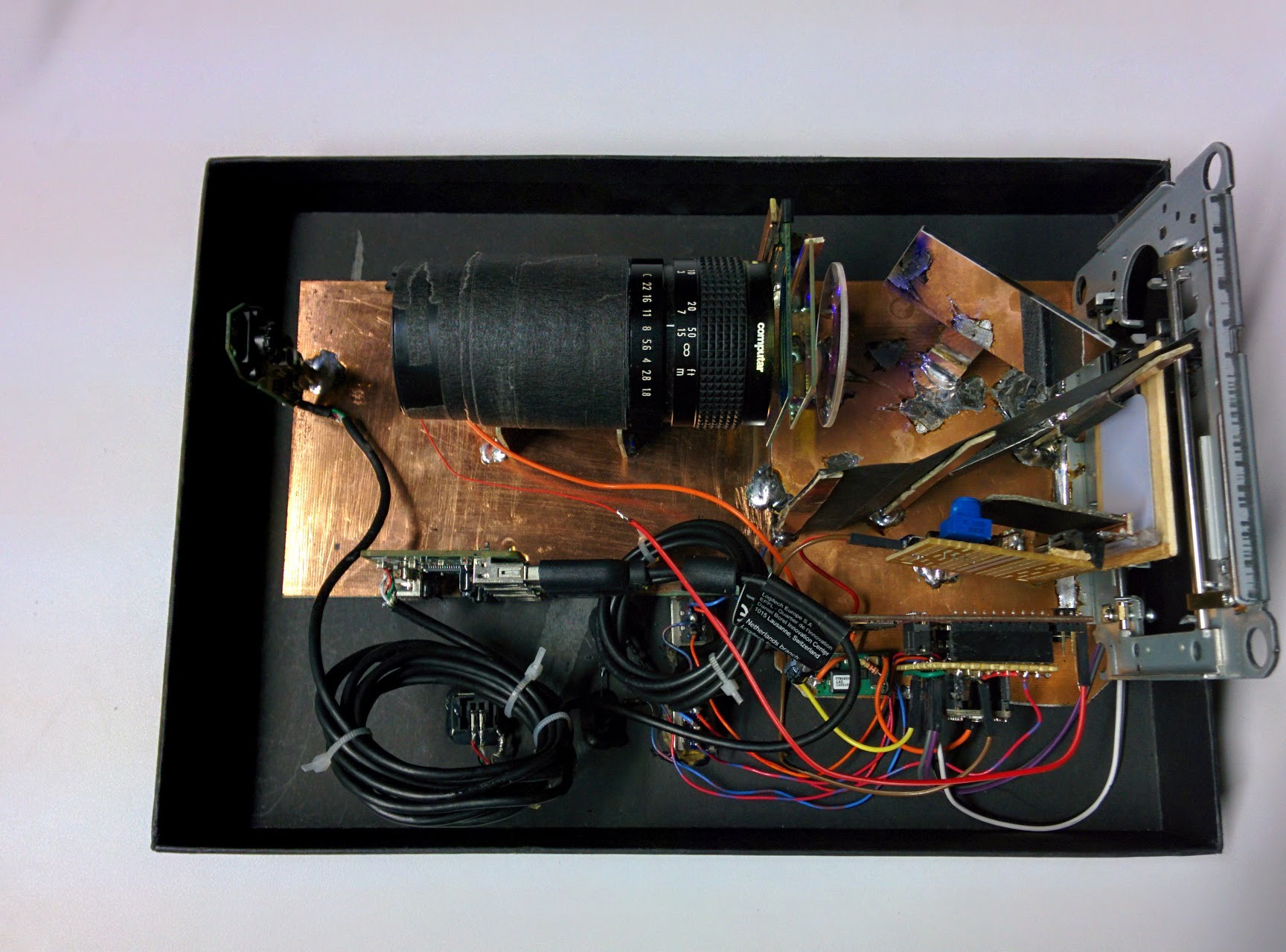 Before an x-ray exposure, the laser diodes (on the board with the blue potentiometer) would illuminate and cast a line on the phosphor plate, which scans back and forth a few times to clear any cosmic ray noise that could have been there.

After an x-ray exposure, the laser diodes pulse briefly, and the phosphor emits a blue light that is reflected off a mirror, focused through two dielectric filters onto the image intensifier, and then finally digitized by the camera. This process repeats 130 times, and a collection of 1D images are recorded in a computer by a python script for later stitching.

For testing purposes, I built a small copper grille to take an image of. 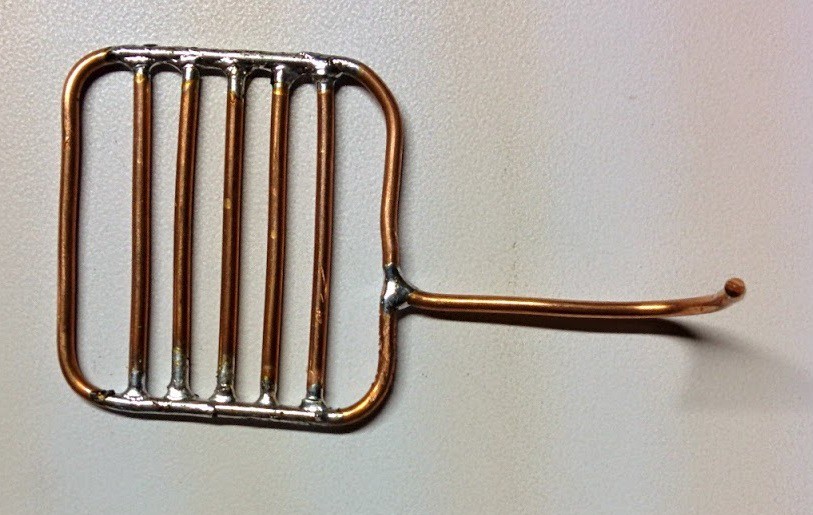 And, this was the result. 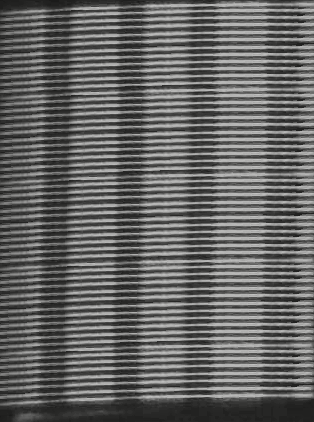 I wasn't too impressed. Never mind the limited lines / mm. That could be fixed.

What was unsettling, was the terrible dynamic range. Despite the two filters, ted light overpowered blue, To fix this, I would need very expensive, tuned laser diodes and a very narrow band filter to record *only* blue light. This would make the cost of a real sensor prohibitively high.