To test the system, I partitioned a CompactFlash card, created a few ext2 and FAT file systems on it, and copied a bunch of files and directories into each file system. The 68010 motherboard is able to read the card's MBR and partition table, and can expose individual partitions as block devices. It's a bit like the Linux block device abstraction.

I'm now at the point where I can traverse a FAT file system and list files in a directory, which is nice :)

The picture below is a screenshot of a serial terminal session between my dev PC and the 68010 system. It shows the system booting, and the output of an "ls" command. 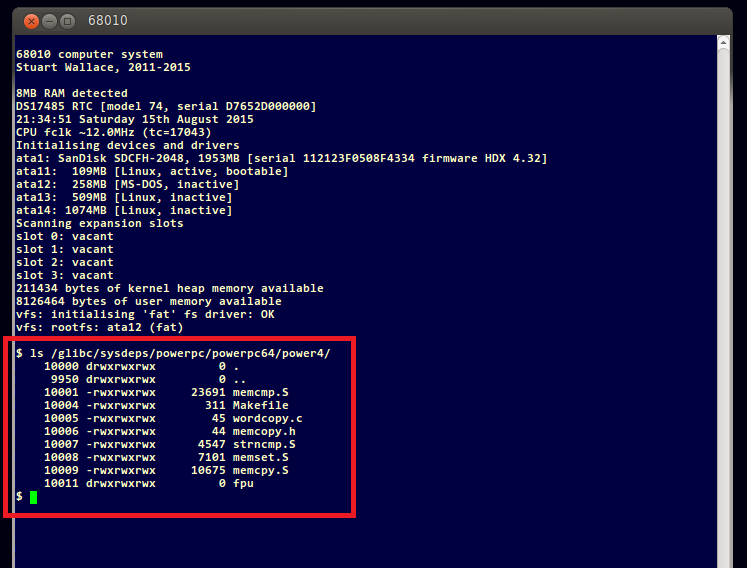