In the last week we've been experimenting with a new design for final form of the WatchDuino. One of our problems for building a wearable version was how cramped all of the components had to be. The final result was difficult to solder together, and somewhat bulky.

So we though, since we want to design our own 3D printed strap, why not move some of the components into it? Such as the battery or the Arduino Mini. In essence, the components are spread along the watch strap, making it a "smart strap" indeed! 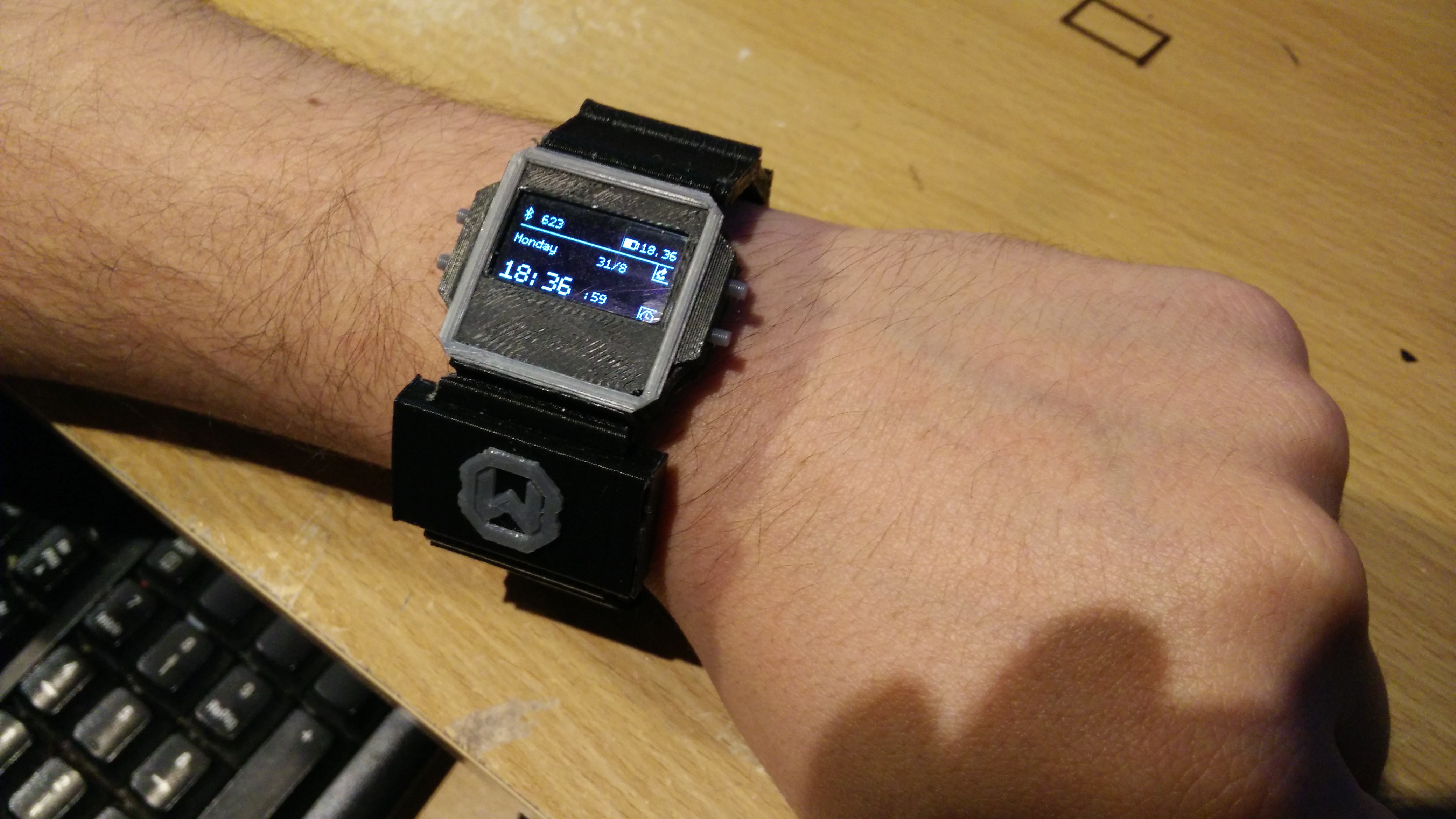 We've build a prototype based on this idea. The 3D printed case is made out of links that snap together. Some of the links are "smart", and house some of the WatchDuino components (the battery, Arduino Mini, USB LiPo charger, and the buzzer+vibrator). The only thing left on the main case is the screen and buttons, acting as the interface. 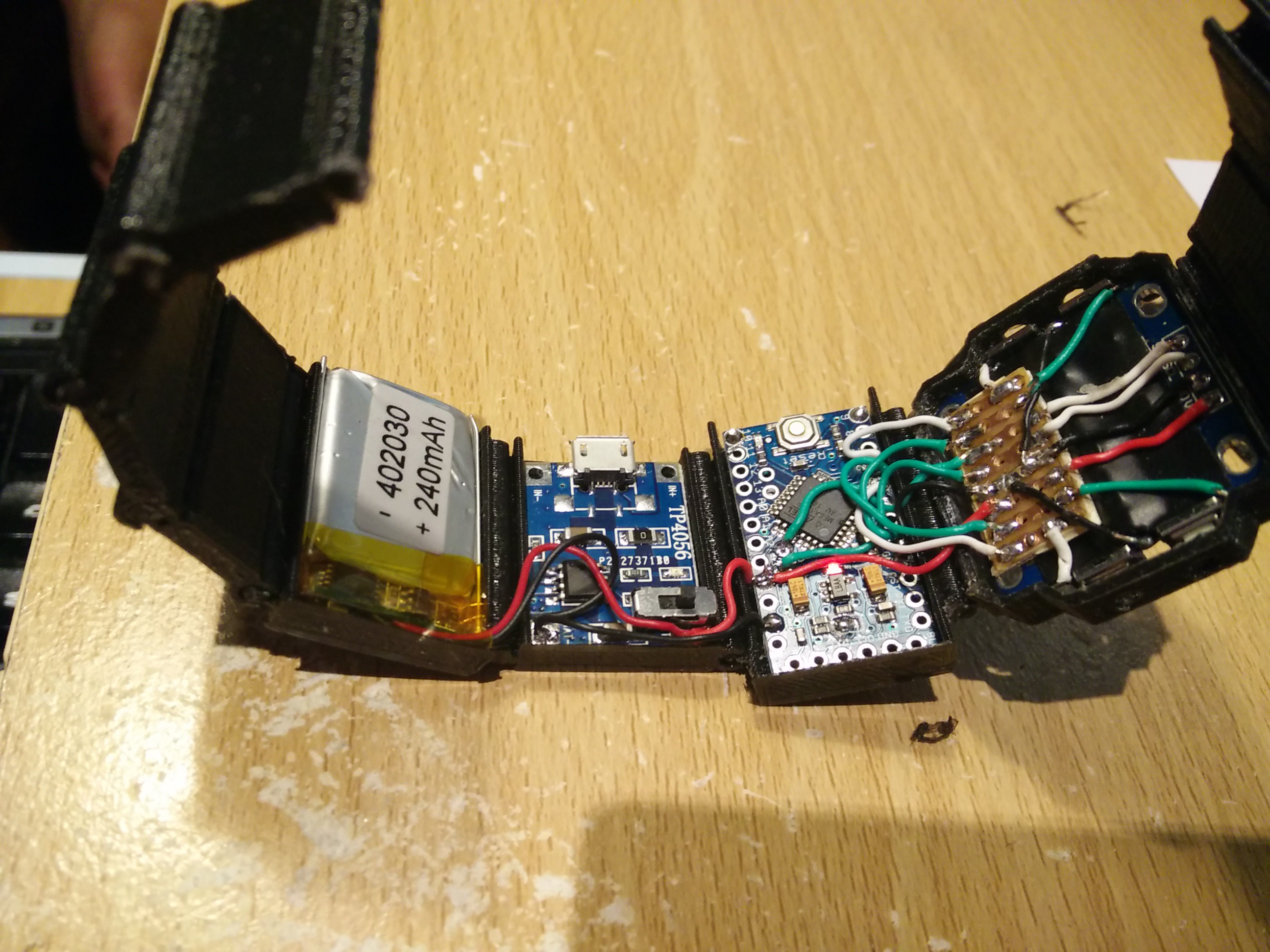 At present the connections between the "smart links" had to be manually soldered together, but we want to further experiment on this idea in the future. We would like to have a way to plug and unplug them easily, so that you could configure a WatchDuino with whatever modules you want: you may like to have an extra battery module, or an accelerometer. A world of possibilities unfolds!

The 3D design has been done on Tinkercad, you can have a look here.