It's dark, you're out late, and can't find your bike. Press the button on your phone or remote and the bike lights up and lures you back.

The engraved PCB was a bust, and the only way to move forward was to bite the bullet and design and order some real PCBs. I triple checked my design and ordered them from China; a company I've been using for a long time called http://smart-prototyping.com. For $10 plus shipping I got 10 PCBs. I didn't bother panelizing to get more for the same price because I only intend to make a few of them. I ordered both a transmitter PCB and a receiver. Why a transmitter? Because the range is better with two of these modules, and because I don't want to have my phone on my at Burning Man. There's no point.

The PCBs arrived a few weeks later, so I quickly populated them and was happy to discover that they did indeed work. 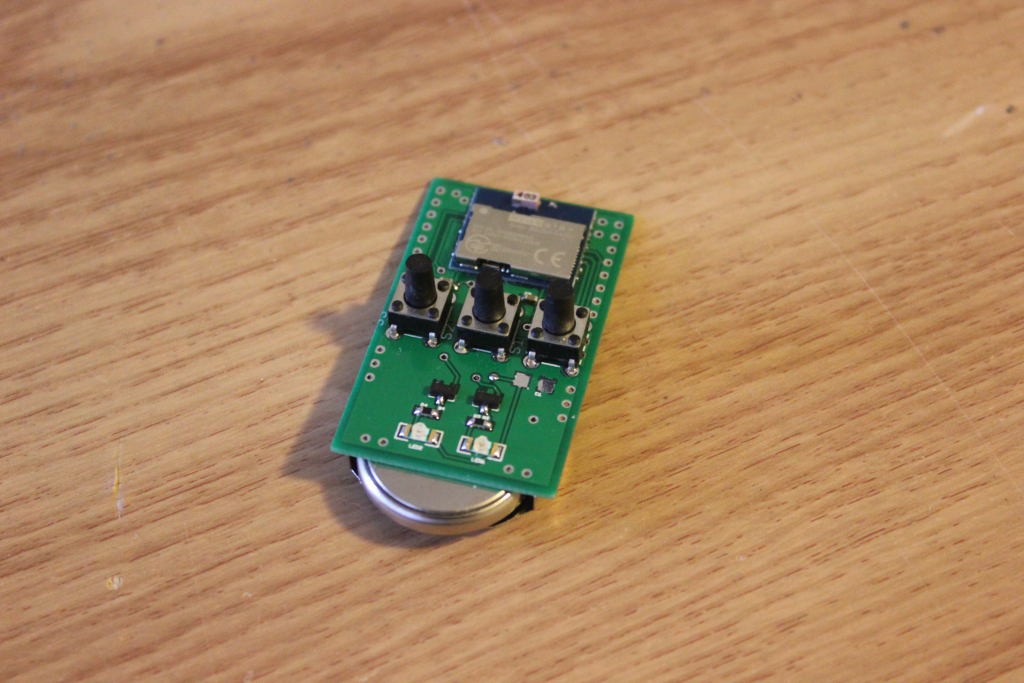 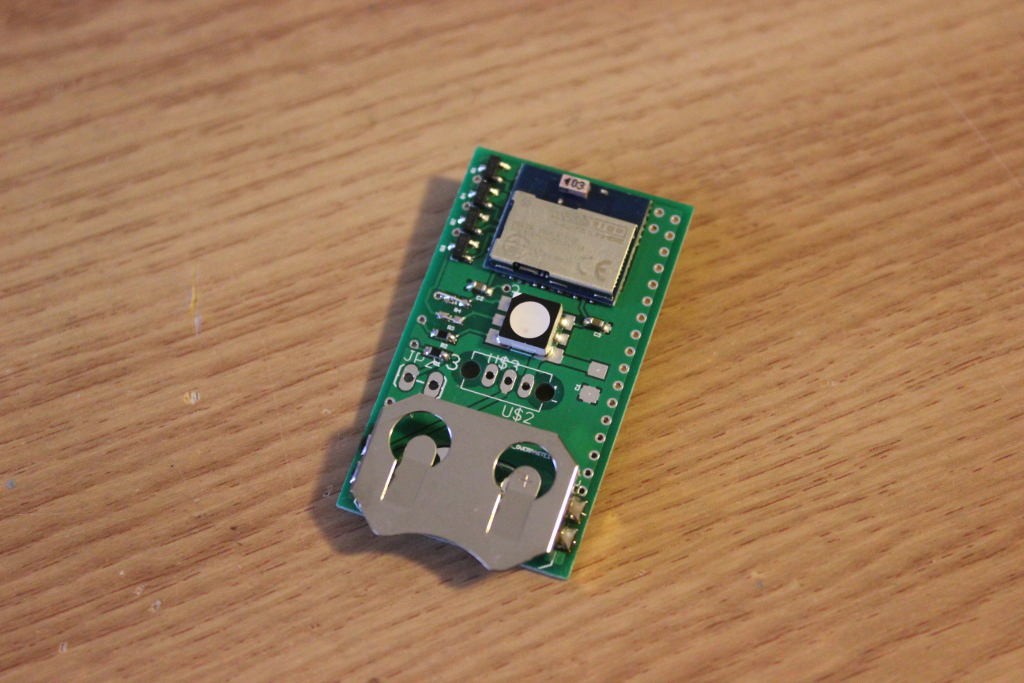 On the back I put another LED so there wouldn't be shadows inside the globe. Also notice the programming header. 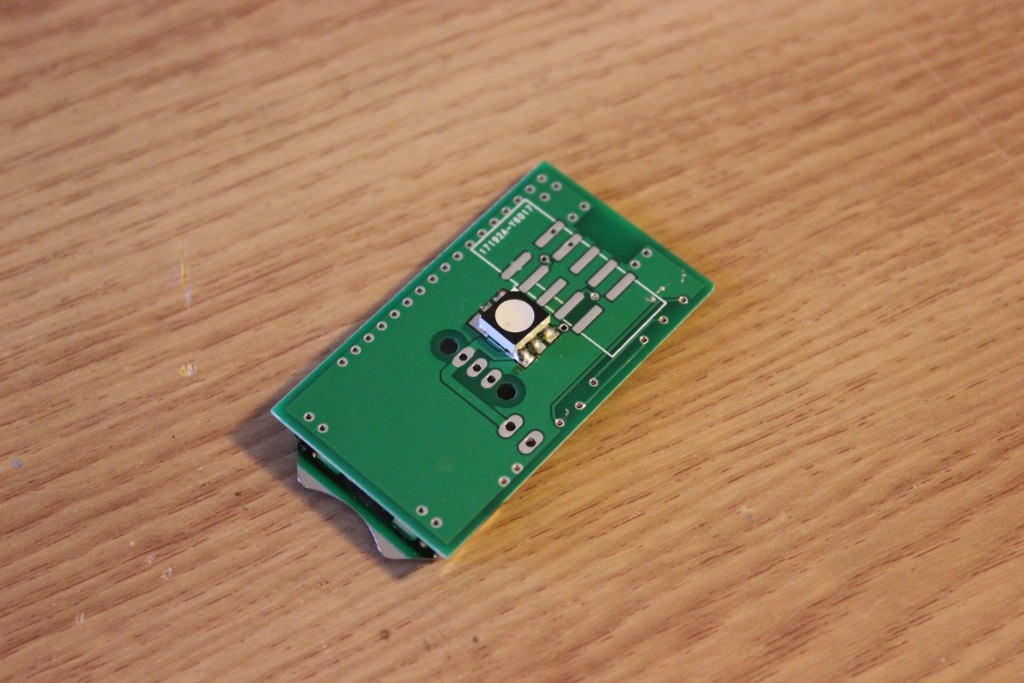 Yay! Working electronics! Huge relief. It turned out that there was an error on the PCB. The battery ground wasn't connected to the ground on the PCB for the transmitter. This was a simple problem to discover and fix with a single wire. For the next revision I'll have that fixed.

Also, it was a relief that the device fits into the globe, and that when it's on it lights it up pretty well.

Next up, getting the firmware right, and handling the mechanicals.