M42, the answer to life, the universe and everything regarding photography. Information, modern day uses and hack with M42 lenses

The first lens that I'll be looking at isn't the greatest in build quality, rarity or image quality. The Tele-ennalyt is a west-German 135mm tele lens that is nice and fast with it's F2.8 aperture. My version is the 80's rendition and not the zebra stripe version that went before, but this is actually important for this particular feature. 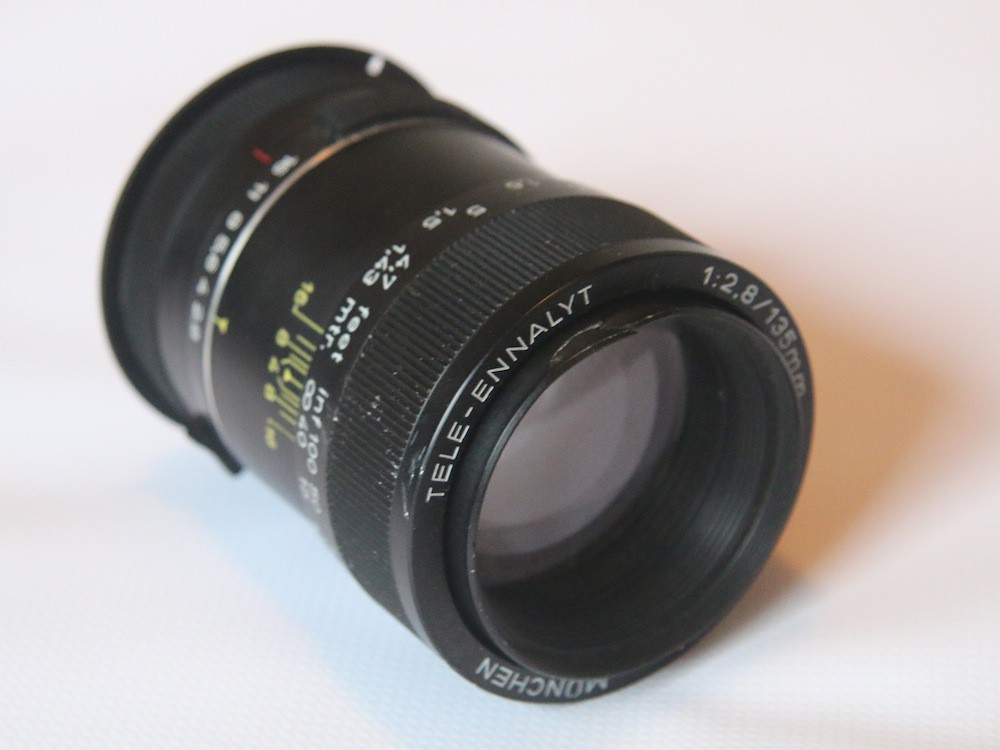 How does it perform.

On paper, this is a pretty sweet lens. F2.8 sonnar'esque inspired design with 10 aperture blades made in Germany! What could go wrong? Well, a lot! For starters the lens has pretty mediocre color rendering and isn't to sharp, especially in the edges. It isn't coated that much and it flares like a JJ Abrams movie. The construction is very basic and plastic with a lot of play between the rings and lens sections. My version is battered, scratched, had mould in it, damaging the barrel coating and has rusty aperture blades!!!

With a myriad of better 135mm primes on the market, why bother with this puppy?

Well, this lens or this class of lens is hackable to the tenth degree! The lens formula is simple and the plastic/aluminium construction was also produced on a budget. So no fiddly cast iron milled precision engineering you expect from a Zeiss lens, but simple straightforward mechanics and construction. This means it comes apart really really easy! 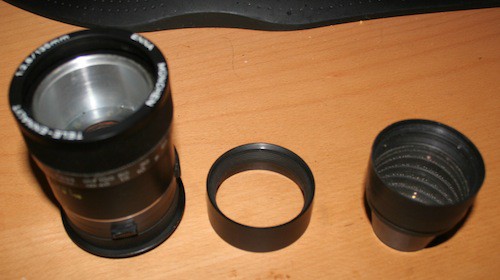 With it's massively wide aperture there is a lot of space to play around with. The lens comes apart in a couple of turns and now you have access to and beyond the aperture blades, easy as that!

As this is not a German optical treasure, it is far more tolerable to drill and cut into these puppies than your pretty aluminium -body Flektogon or Orestor. Now you can have fun with optics too!

What did I abuse this for?

This particular lens I use to play with custom apertures. Mostly you see people put paper cutouts infront of the lens to get this shaped bokeh effect, but this is less then ideal for various situations. Bokeh won't always be sharp enough and various aberrations can occur. It is much better to put the custom shape near to the actual aperture shutters. This will maximize light and sharpness of the bokeh.

I cut some custom shapes from flexible magnetic material so it would stick to the blades of the aperture during use. This material is soft enough to actualy use shaped punches to produce the aperture effect. The heart is about the biggest effective size you can get away with. 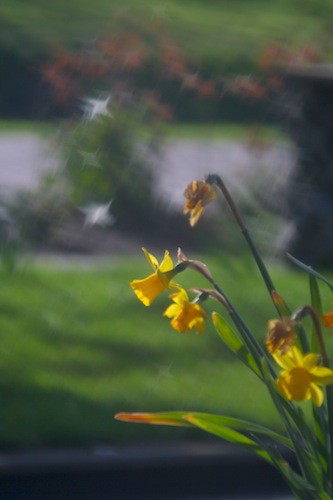 Here is a test shot with the stary aperture. The flowers in the background all nicely take the star shape up individually.

While not a very great or versatile lens, the Ennalyt is easy to open and play around with. It is easily customization and it does not not ruin a classic M42 lens. If you have to hack a lens itself, this class of lenses are excellent to at least test out the concept before trying it out on better glass.