A project log for A ridiculously big MIDI keyboard (121 keys)

First the redundant C6 key had to be sawed off. 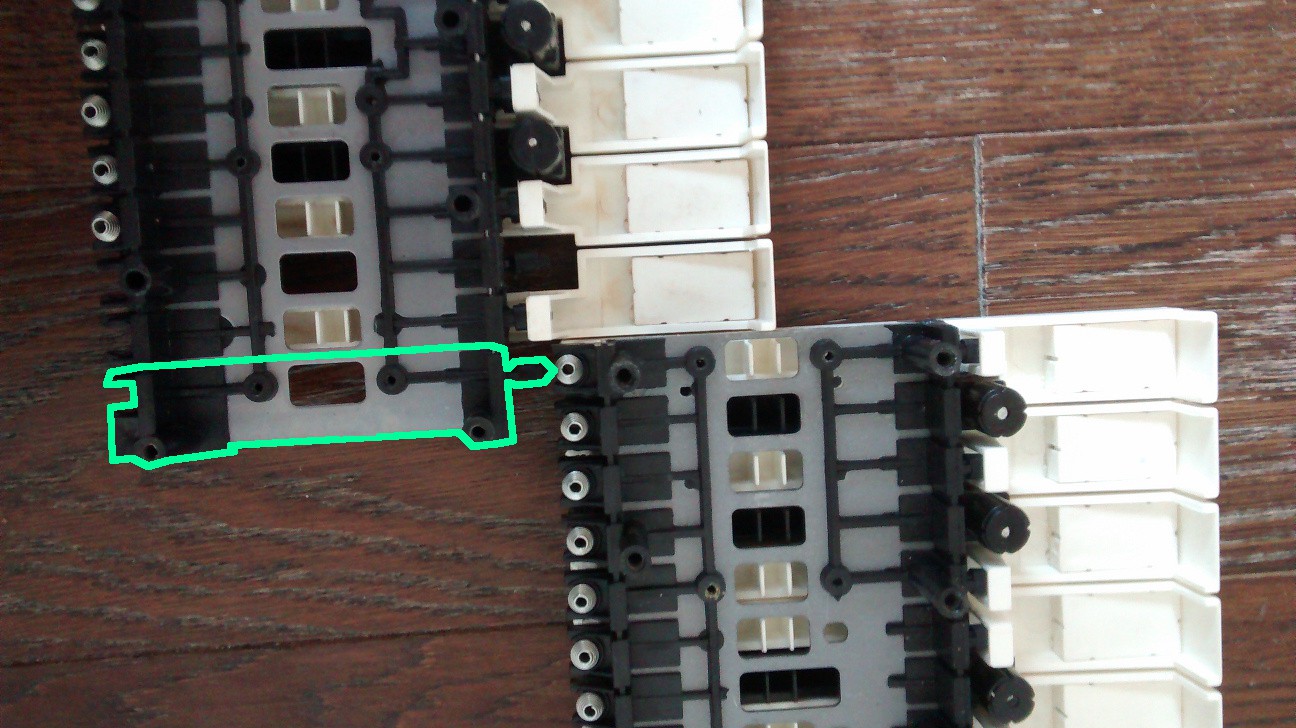 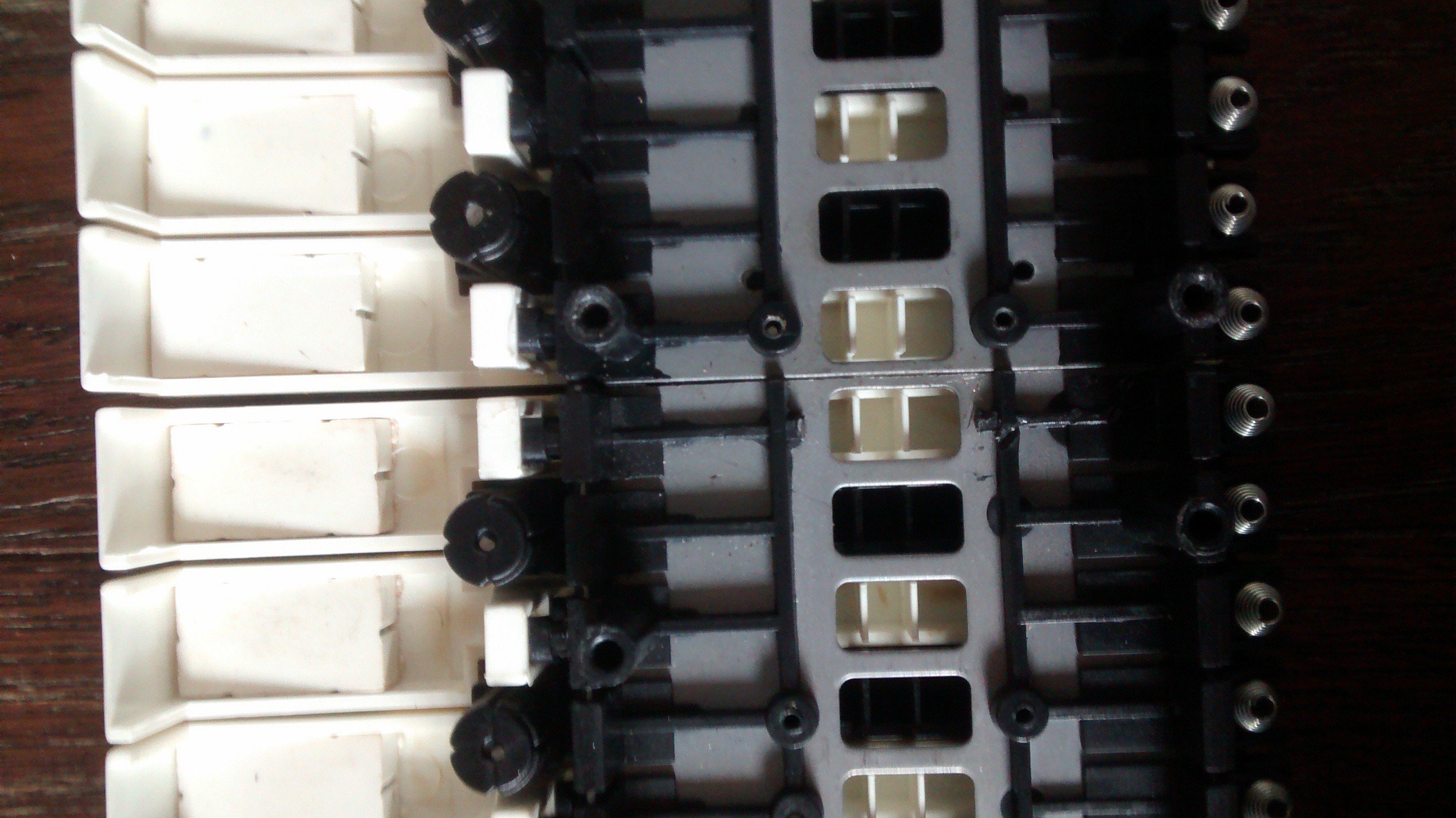 Ok. Let's build the main frame that will hold the two keyboards together. After much hesitation in the hardware store I picked two L and U shaped aluminum bars, 1.5mm thickness. 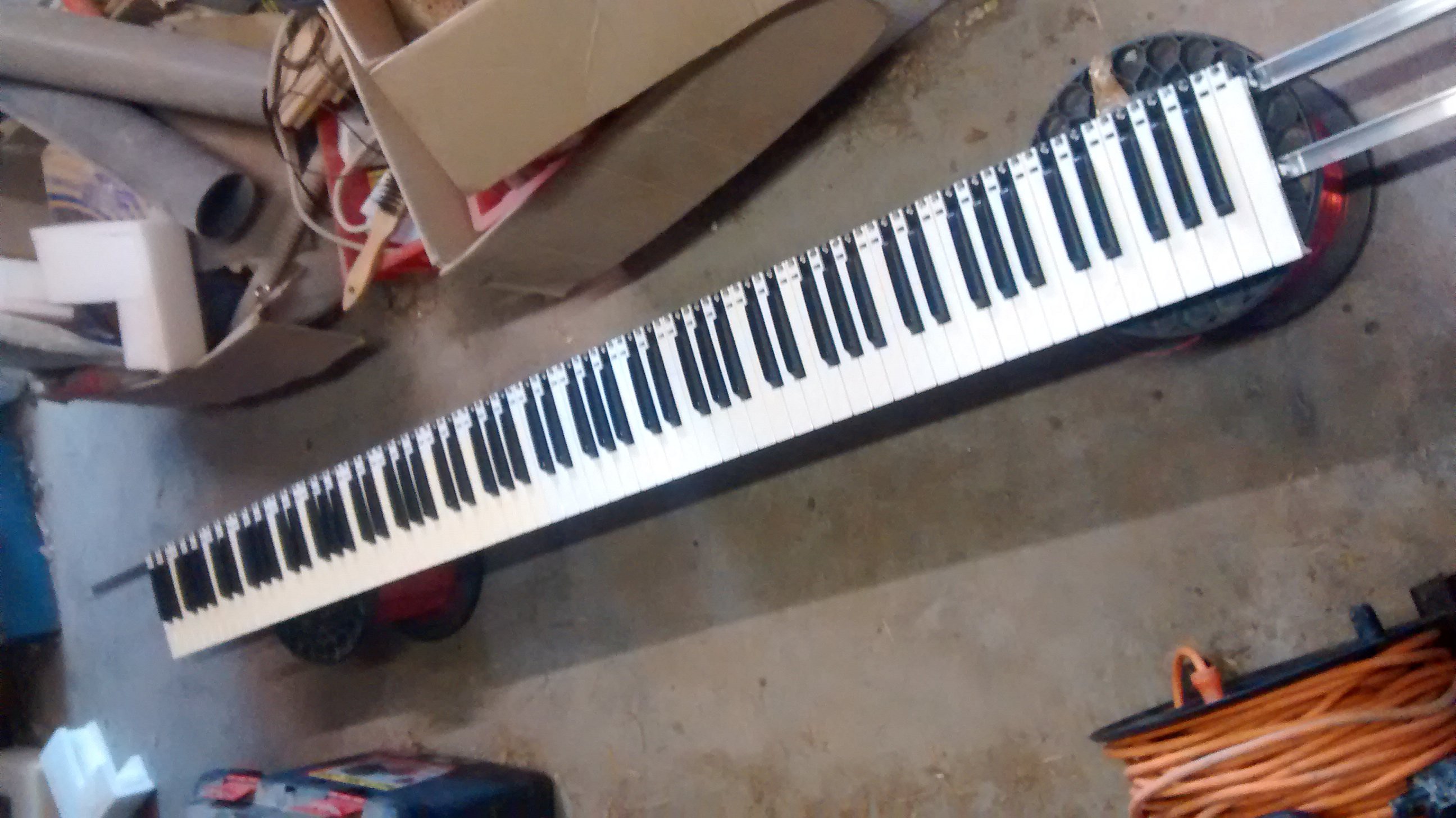 It seems rigid enough. The U bar could be overkill. 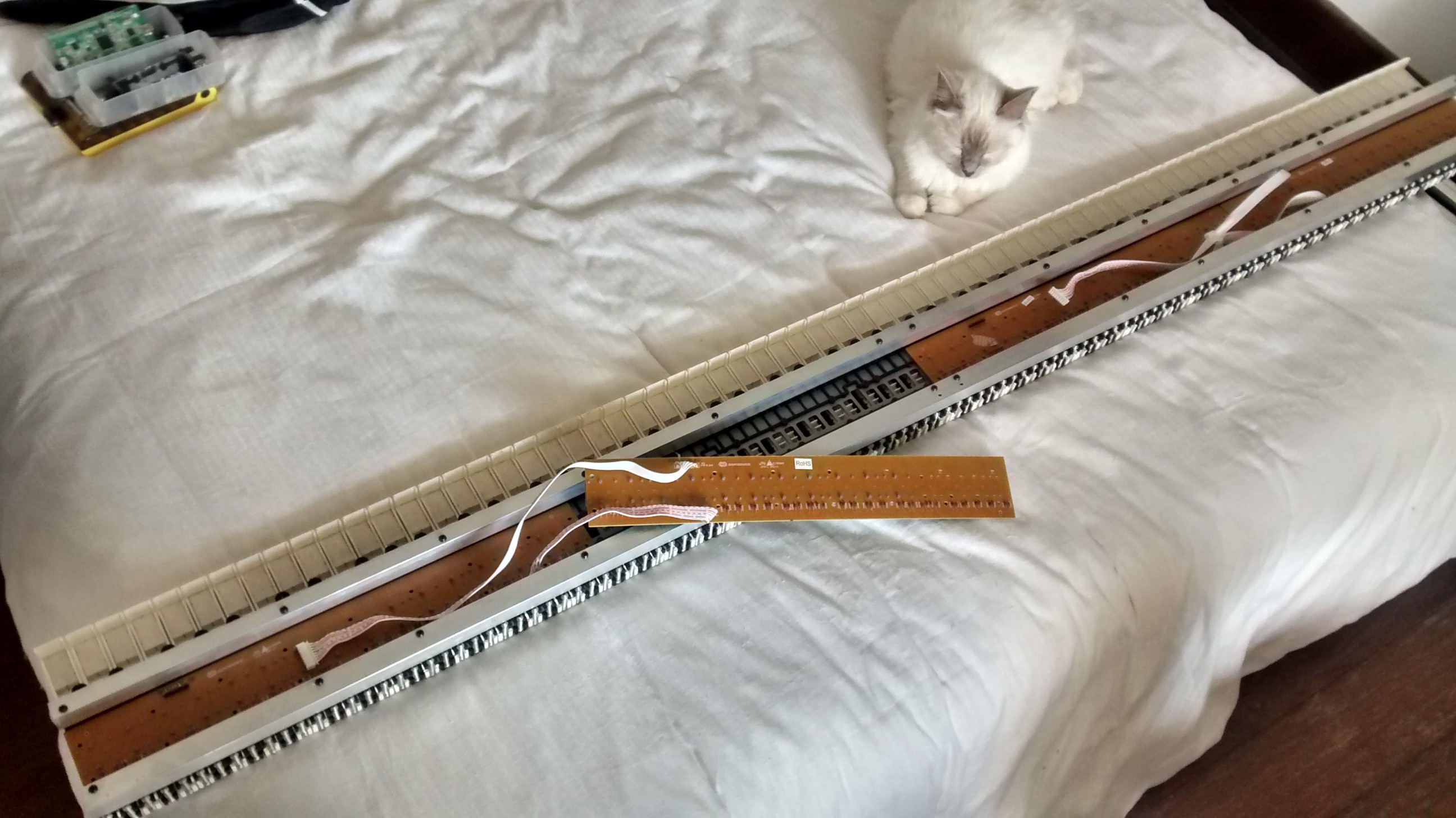 After drilling some holes and reusing the screws, here is the result ! The traces of the C6 key had not yet been removed on the PCB. 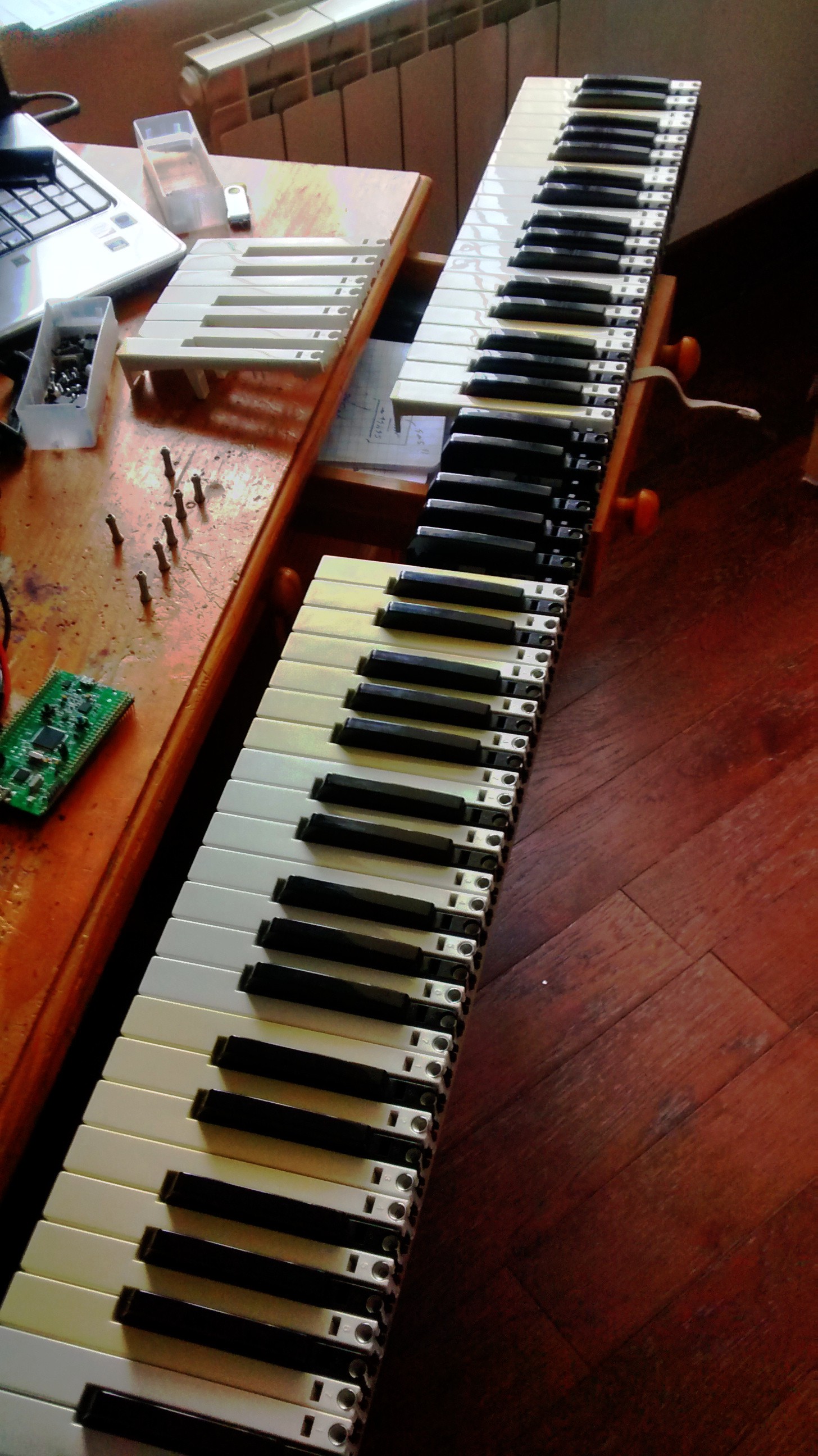 The first keyboard I bough had yellow keys, probably because of the sun. It seems possible to revert them to white by polishing them (hard way) or diving them in Retr0bright (not sure it would work). Now I have an extra key to experiment on so I one day could try retrobright on it.

Having one half yellow and the other white is a bit weird so I decided to alternate both colors from one octave to another.

I have to say that unlike my lousy PSR-210, those keyboards are quite easy to modify : keys can be removed and replaced without difficulty, and without breaking something in the process.

I'm quite happy with the result : there is no visible gap between keyboards and the structure is super rigid. Granted, it's not really portable, but surprisingly it's not that heavy (I should weigh it one day). Too bad the embedded frame is in steel :(

Next step : make a basic support beneath the keyboard, as well as something to hide the top of the keys(springs) and their end.

The Aluminum frame is finished !