The Travelling Hacker Box Is On The Move!

A few months ago, I received the Travelling Hacker Box for the Hackaday SuperCon in Pasadena. This was the end of the US tour, and the beginning of the trip around the world. After the SuperCon, I got a new box, packed everything up, and sent it to the first stop around Vancouver, Canada.

I'm assuming it was a customs issue.

I'm back in the office, so now the box is departing again. It's heading up to Canada, again, with the same game plan: Vancouver to St. Johns, then off to Greenland (!). I have plannedthe trip around the world, but I haven't contacted the recipients in Europe, Africa, Asia, and Oceania to tell them they will be receiving it. One continet at a time, I guess.

Want proof the box is on the move? Here's a pic of the FedEx guy, in the office elevator, taking the box to his truck: 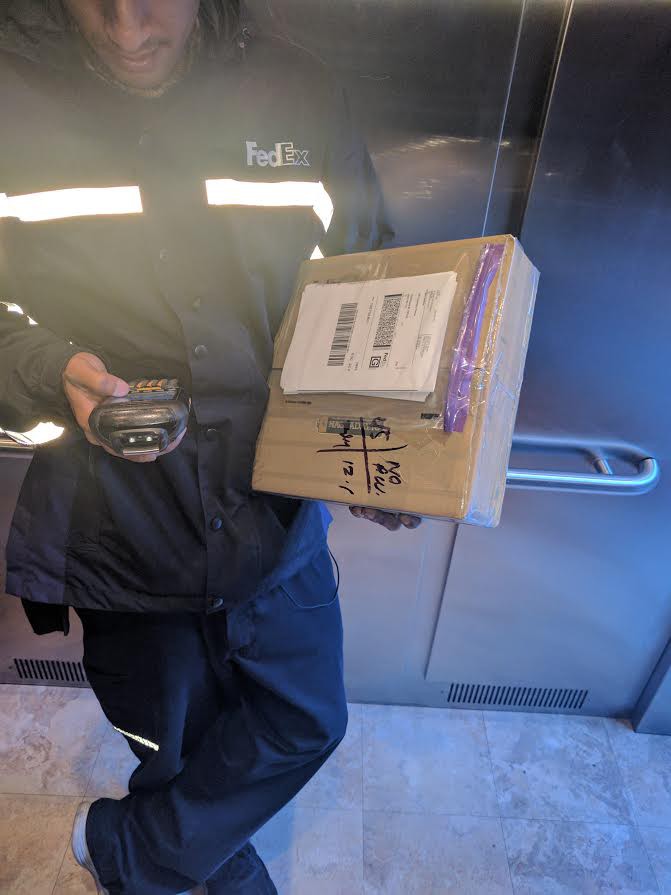 The box is on the move! Expect an update from the first Canadian recipient within a week or two.

when can we get one in spring Texas?