A high speed circuit design in JS and VHDL for decoding 3R bitstreams, a "quasi-entropy" code that compacts series of correlated numbers. 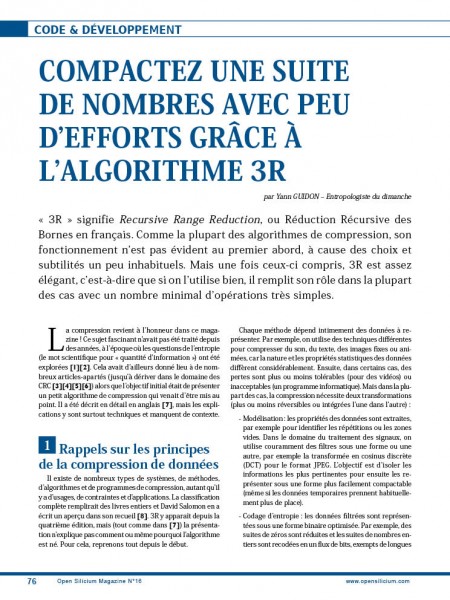 Hopefully, the VHDL will be published in OS n°18 (april 2016 ?) (done: Another article about the VHDL implementation)

Another set of articles in OpenSilicium