What if you could slip a dremel into your pocket? 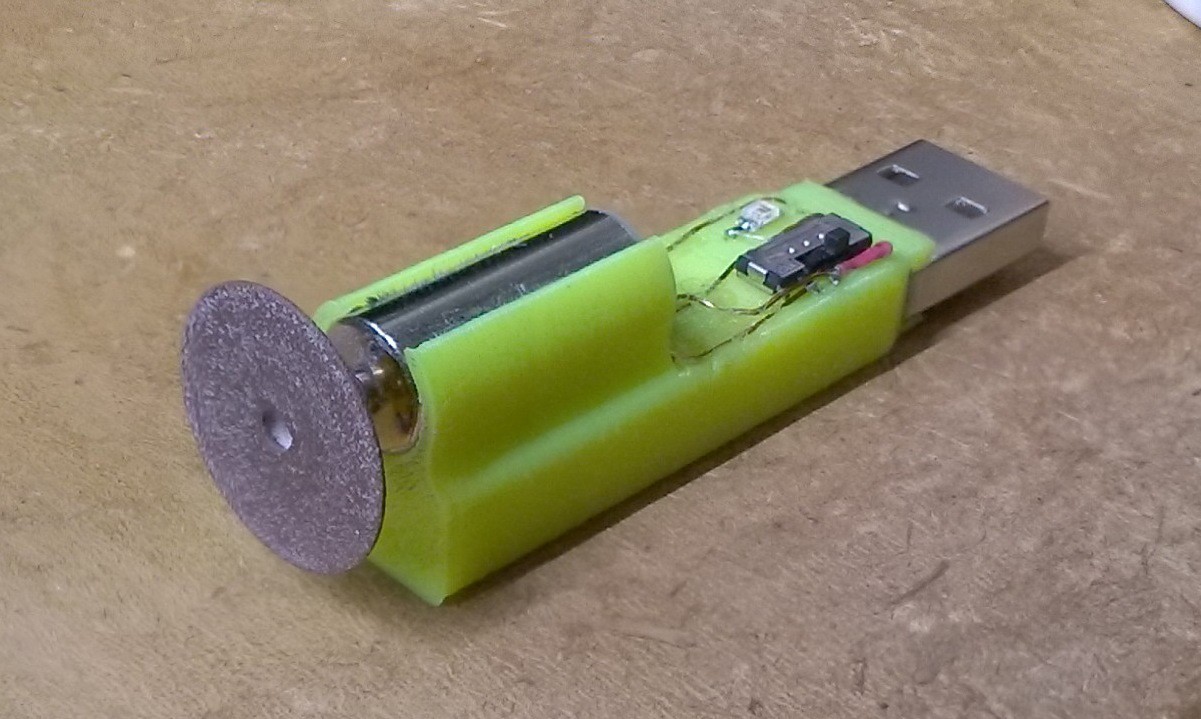 The charging is very minimalistic. A shottky diode and a 2-ohm resistor, that's it. Overcharging is prevented by protection chip, which I transplanted from another Li-ion cell. It switches off charging, as the voltage reaches 4.27 V, which is just a little bit too much. But as soon as it kills charging, cell voltage drops to about 4.17 V. So not actually overcharged.

Charging is quick! Charge current ranges from 0.5 A in depleted state to 0.25 A at the end. Cell capacity is 0.15 A*h, and full charging takes about 25 minutes.

A problem I had to solve was heat. The two 0805 resistors would heat up to self-desoldering temperature in free air. Would have melted PLA. So I managed to cram a tiny PCB into the USB connector. The heat is transferred to the metal shield of the connector, and some of it is conducted into the charger. The connector heats up to 48 deg.C, which is something PLA can withstand.