I decided to put the charging circuitry on first. The charge controller I chose was an SOT-23 form factor, which is pretty tiny. I bought 4 of them fully expecting to destroy a few or sneeze and lose one forever. Turns out one was enough so now I have 3 extra to.. you know, charge stuff I guess. I painted one side of the board white because I wanted to. 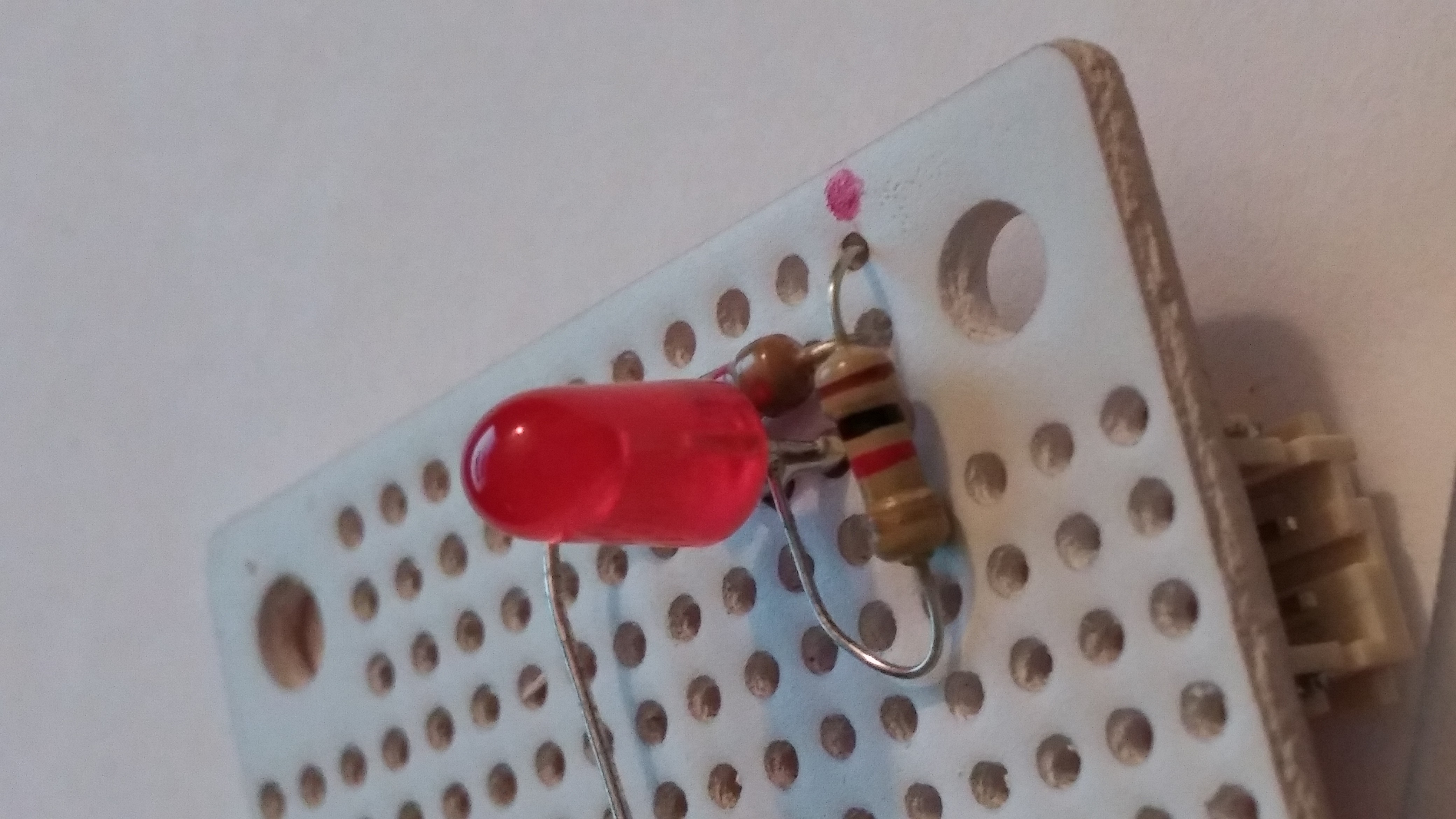 I plugged in one of the batteries and soldered up the wireless power modules to make sure everything worked as intended. It didn't explode and the LED came on when it was done, so I guess it works. 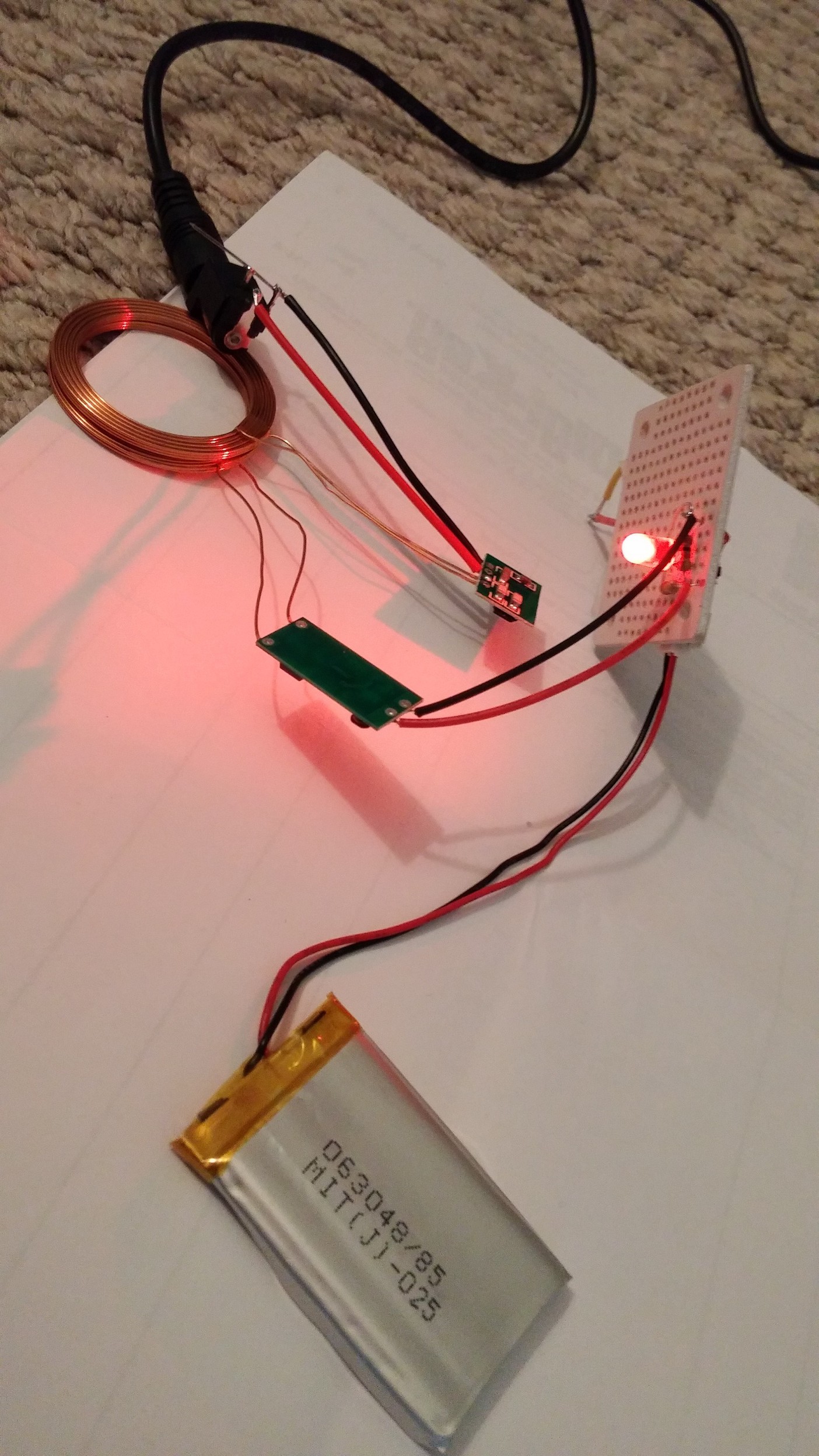 I went ahead and charged the other battery too, so hopefully they stay at least kind of balanced for when I plug them both in together. Unplugging JST connectors sucks.