"He's putting it together now; I told you he was smart." - Elliot

An attempt at recreating a "vintage" E.T. Communicator from the 1982 movie.

After hunting down a lot of parts, we're beginning to assemble this Rube Goldberg radio.  It seems there were a few details left out of the old magazine article and our other references, but this project is all about improvisation, engineering, creativity...or hacking, really.

Supershwa (finally) found a 24-tooth 10" sawblade at Home Depot that will store our "message"; this means we transmit only 24 characters in a loop through the Speak & Spell.  We could have used a saw blade with more teeth, but as it turns out, hunting down an old-fashioned, basic saw blade is really hard to do these days.  Now, we have a ton of varieties in the number of teeth, grain, body and expansion slots, gullets, shoulders and carbide tips ... all variables that have created issues in hunting down an appropriate blade. 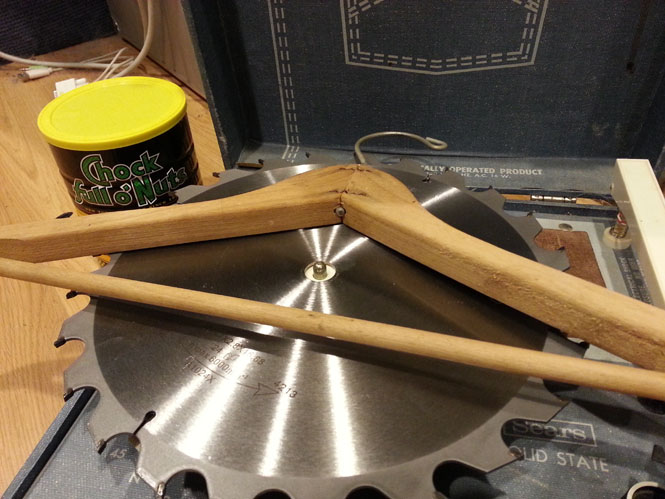 For example:  the fork in the ratchet system seems to be catching on the small carbide tips of our chosen blade when retracting (pushing the saw blade backwards).  We may have to try tearing these off using pliers and an oxy-acetylene torch since they're welded to the tips.  We're glad it's only a $12 blade, because we're about to void another warranty in addition to our defilement of vintage memorabilia. 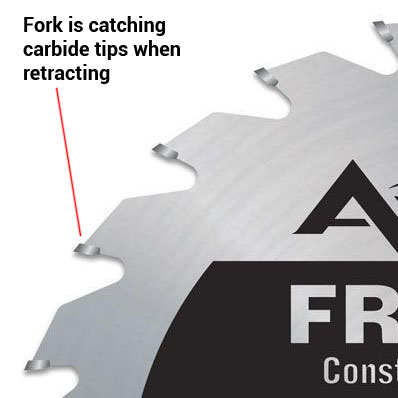 Schtuben is working with duct-tape and aluminum foil, attaching it to the golf umbrella in a manner that allows us to open/close it when needed (we do not have enough space for an always-open umbrella in the man cave).

We're also going to check with some elderly neighbors regarding the 70's/80's-era UHF tuner we have yet to acquire...we are hoping to find something in the depths of their attics or basements...cross your fingers for us; this has been the most difficult part to hunt down.

We found another (older) Speak and Spell with raised buttons instead of the membrane keyboard model we previously scavenged (the new one is just like the movie).  To top it off, we also found a small bundle of ancient 1930's-1950's wooden coat hangars we're about to drill holes in.

Somewhere out there, an antique collector is about to go postal on us.

A Working Speak and Spell!