Burning [out] a laser diode ++

Intentionally overpowered the DVD (not DVD-R) laser, to see what would happen... Was hoping there'd be some obvious indicator right before it blew-out so I could watch for that with the more "valuable" (harder to come-by) DVD-R lasers. No such luck.

The effect is pretty simple, it gets brighter and brighter as you increase the current, until at some point it just goes dim. After that point, apparently, there's no coming back. The diode wasn't particularly warm (it has a heatsink of sorts, the heatsink wasn't even noticeably warmer than room-temp). Just brighter and brighter then dim. Not much to work with, there.

But, there are some interesting effects to be seen. Even after the laser diode's "burnt out", it still produces light, just quite a bit less than it did before, and at a much higher current. I've heard it referred to as "a really poor LED".

Also interesting: as you vary the (now comparatively huge) current the (burnt) laser's "beam" seems to change. (see the video below).

Also, per recurring demand by the infamous @frankstripod, some photos of the laser-driving circuits I've built. Wee!

Here's a couple close-ups of the circuit I built. Still no reverse-diode. Also, had to add four resistors in parallel to get the full 250mA, due to tolerance issues (some of those are 10%) and the potentiometer doesn't go all the way down to 0ohms. I used a 1uF capacitor at the power-input, and another at the power-output. I also soldered a 1uF capacitor directly at the diode. (Note in a previous log, I was wondering about a burnt laser that may have been caused by not having a capacitor *at* the diode, or many other possibilities). 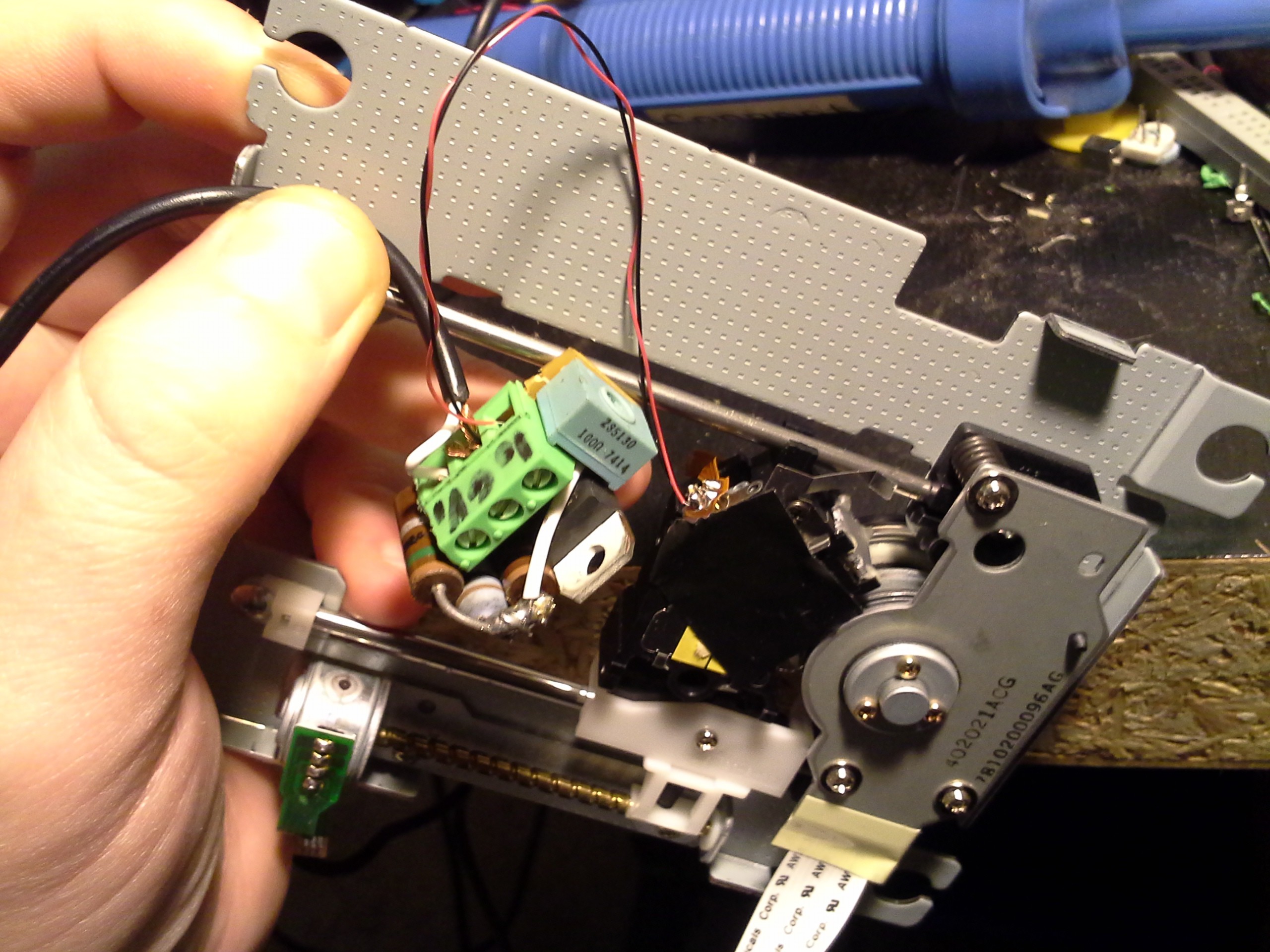 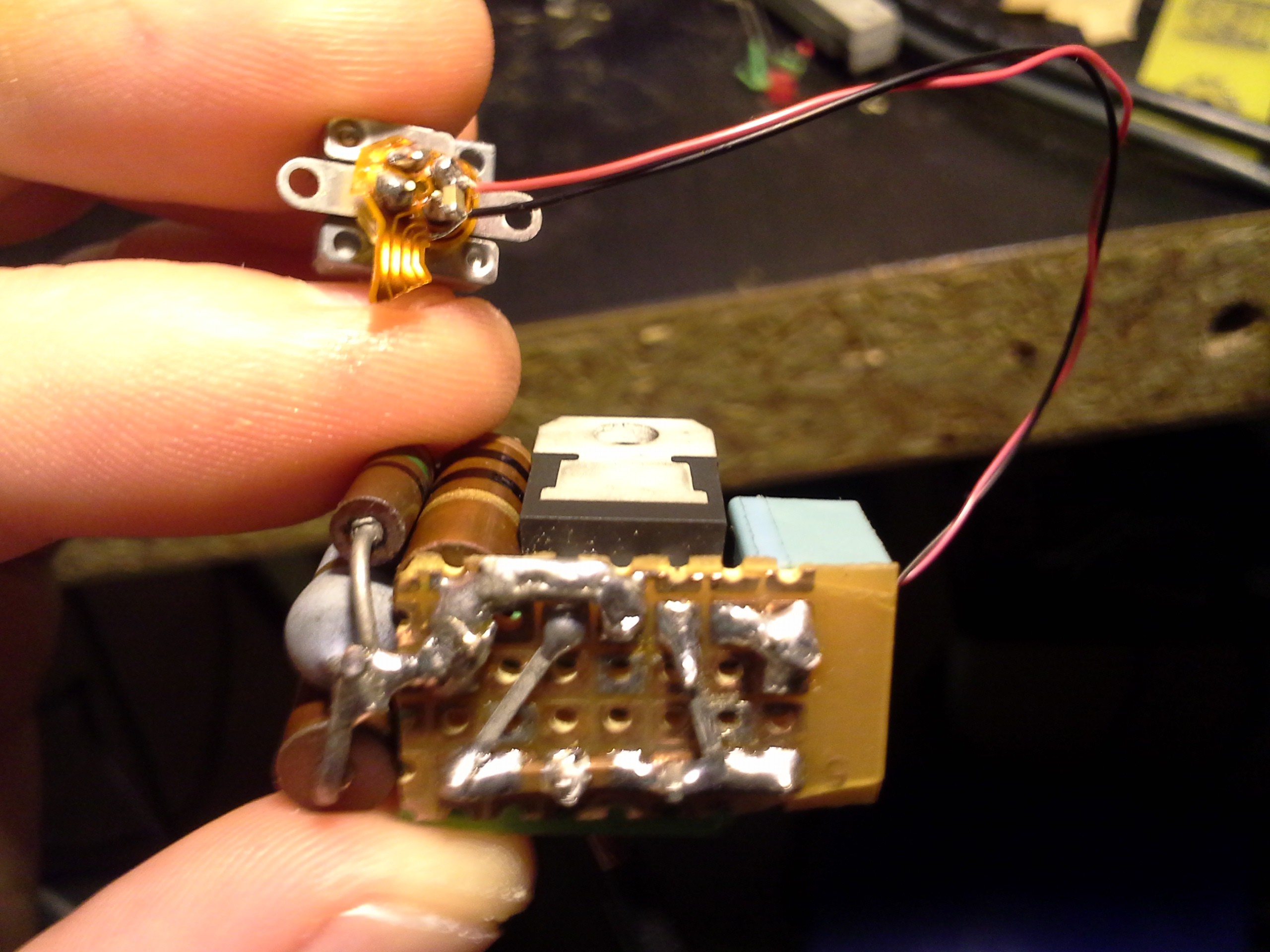 Below is the first circuit I built, for experiments a couple years ago. The diode is from a 16x burner, and still seems to function. Who knows, maybe that reverse-diode is helpful. Not sure what that extra (unwired) resistor is for... Maybe I used it to measure the current early-on...? And, yeah, I was saving PCBs whenever possible. 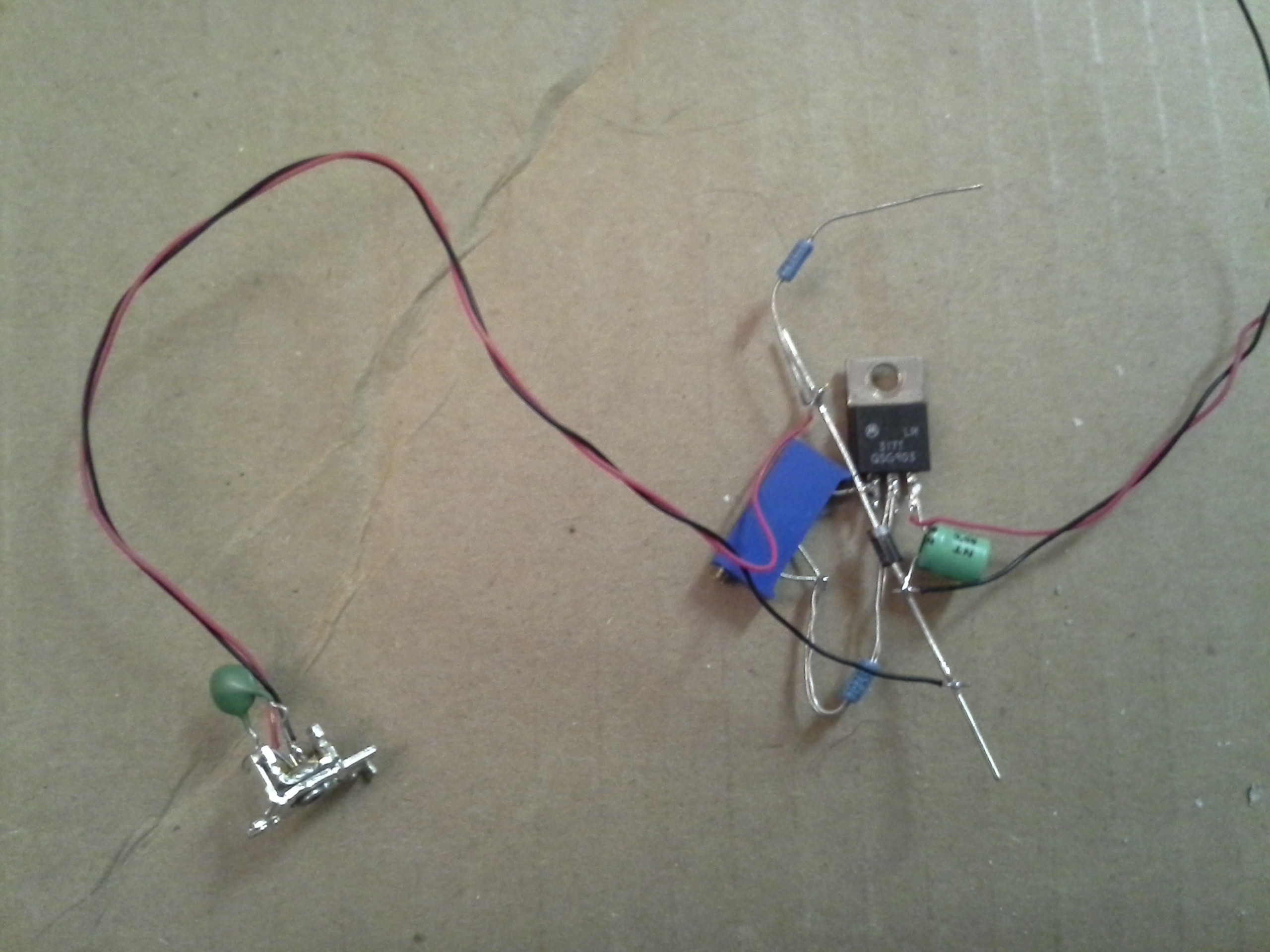