I've been trying to figure out why the X axis drifts over time, and its a tricky problem. To try and understand what is going on I added some data logging code to the Arduino sketch, and plotted out how many cycles the code waits for each axis to step forward one place (0.1mm), as it moves back and forth from X0 to X10 a few times. The results have been a bit confusing. Here is the X axis: 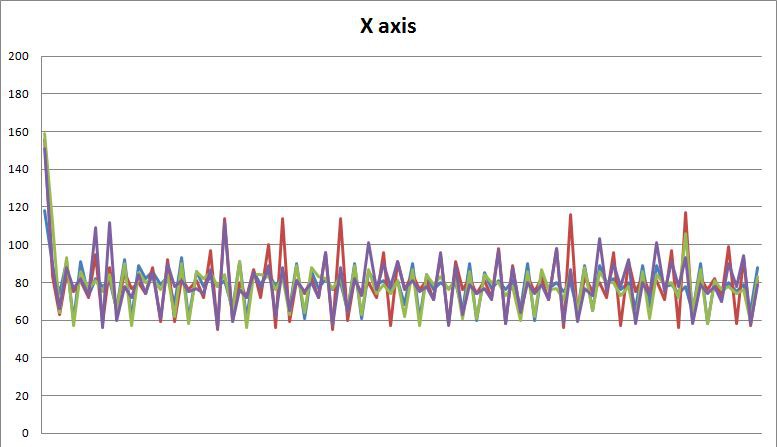 Looks surprisingly regular. I'd expect to see spikes of double time if it was missing a count, or spikes down to a very low number if the switch was bouncing or something. The servo takes a bit longer to do the first step after you send it a command, so I guess there is a little delay between turning it on and the motor getting up to speed.

In comparison the Y axis (which keeps position perfectly) is way more messy. 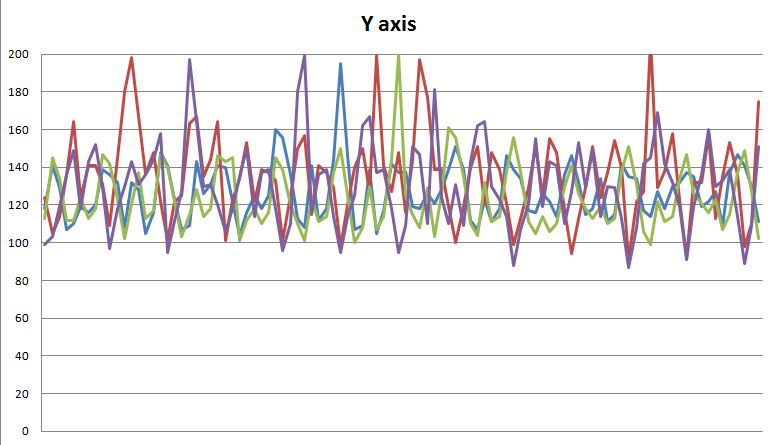 It is running slower than the X axis, which explains why the servo sounds different. I'm guessing all the parts don't line up quite as perfectly on this axis so it has to work a bit harder. There are also spikes that look like it occasionally loses a count, or gets stuck. This axis stays in perfect alignment so maybe it is sticking briefly for some reason. 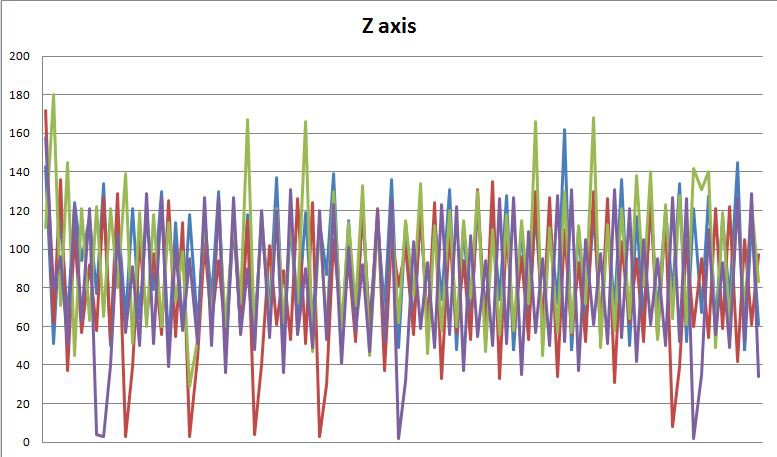 When lowering the cutter (the red and purple lines) the switch seems to occasionally count twice very quickly, and when raising it (green and blue) it occasionally sticks or misses a count like the Y axis does. Drift on this axis is less critical because typically there is a lot less up/down movement when cutting stuff, so there isn't time for it to add up to disastrous levels. I should probably de-bounce this switch and then test for drift though.

To make sure I hadn't made a mistake with the data I recorded some more X axis: 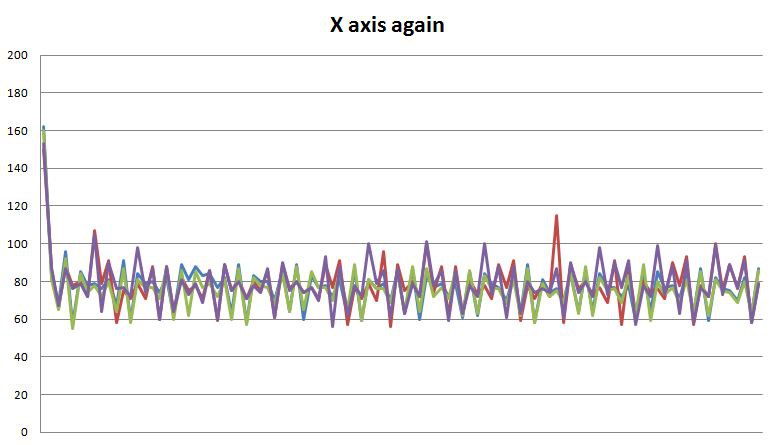 I also did some more test cutting and the X axis seems to lose tracking faster if I am cutting circles. Clearly something more complex is going on here that a dodgy switch, so I think I'll have to give it some more thought before I try anything else.