As the SAMD20 doesn't have DMA, I solved the sampling & writing to the SD card by having a timer time the ADC sampling with an event and using an interrupt on the ADC's result ready to store the result in a double FIFO buffer. The sampling frequency is low enough for it to pose no trouble at all. The vital thing is that the interrupt always must be serviced before the next sample is ready to ensure consistent sampling. Here's a flowchart of how it works: 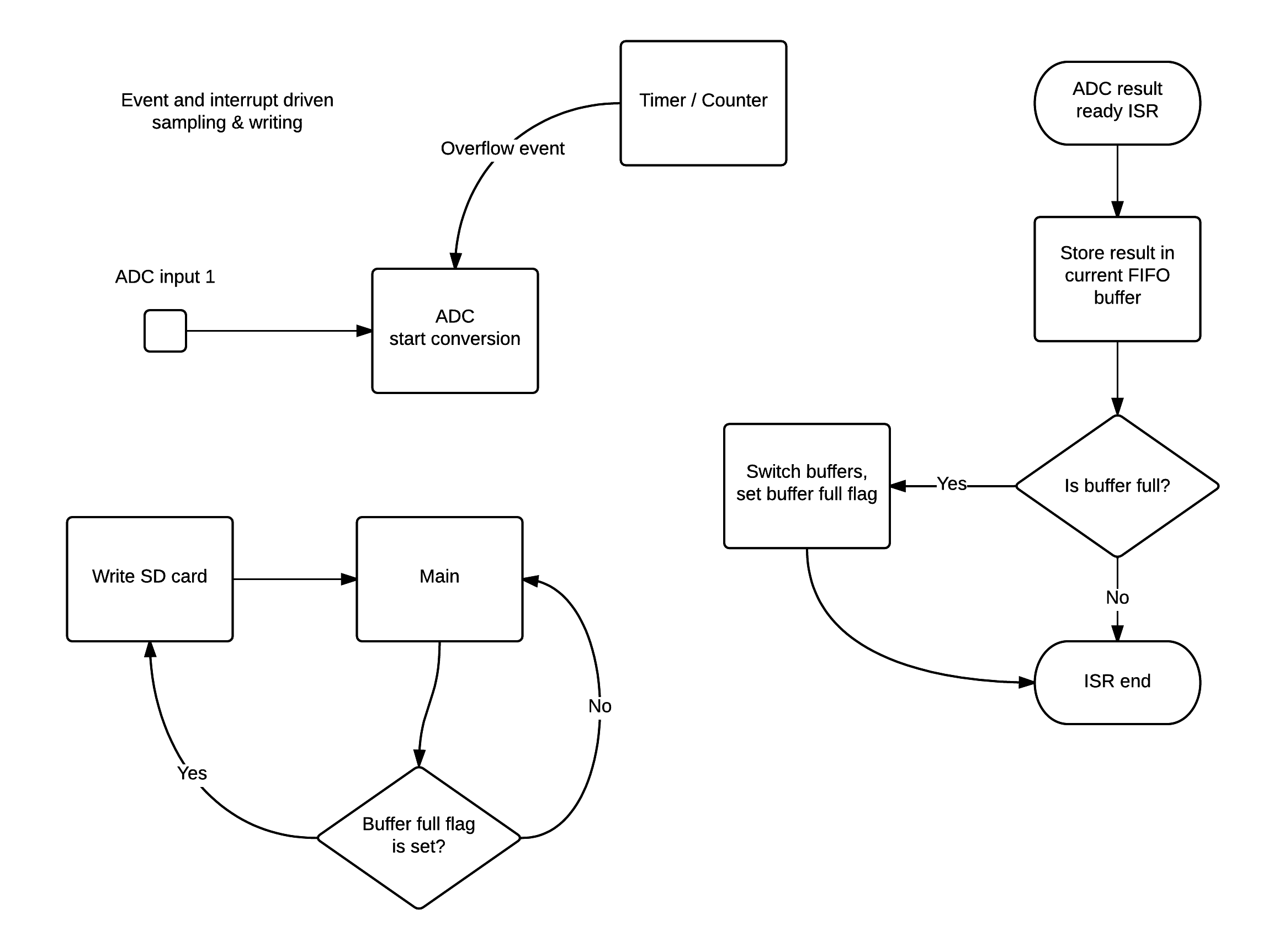 To keep track of the buffer, we also need something to point the current array position:

The ADC ISR is set up in the form as a callback using ASF. When each sample is ready after a conversion has been triggered by the event system, the ADC_Handler callback will be called. The BUFFER_SIZE is set to 512, so it will fit 256 samples.

Once the buffer is full and have been switched, the flag_buffer_ready is set, and we can handle the writing in main. The function below is constantly being called as long as the logger is in the sample state.

If a new ADC sample is ready, the ADC_Handler will be called whatever the system is doing, including writing to the SD card.

Here's a tip: By toggling a port pin at a certain point in the code, you can debug the timing of your system by hooking up an oscilloscope: 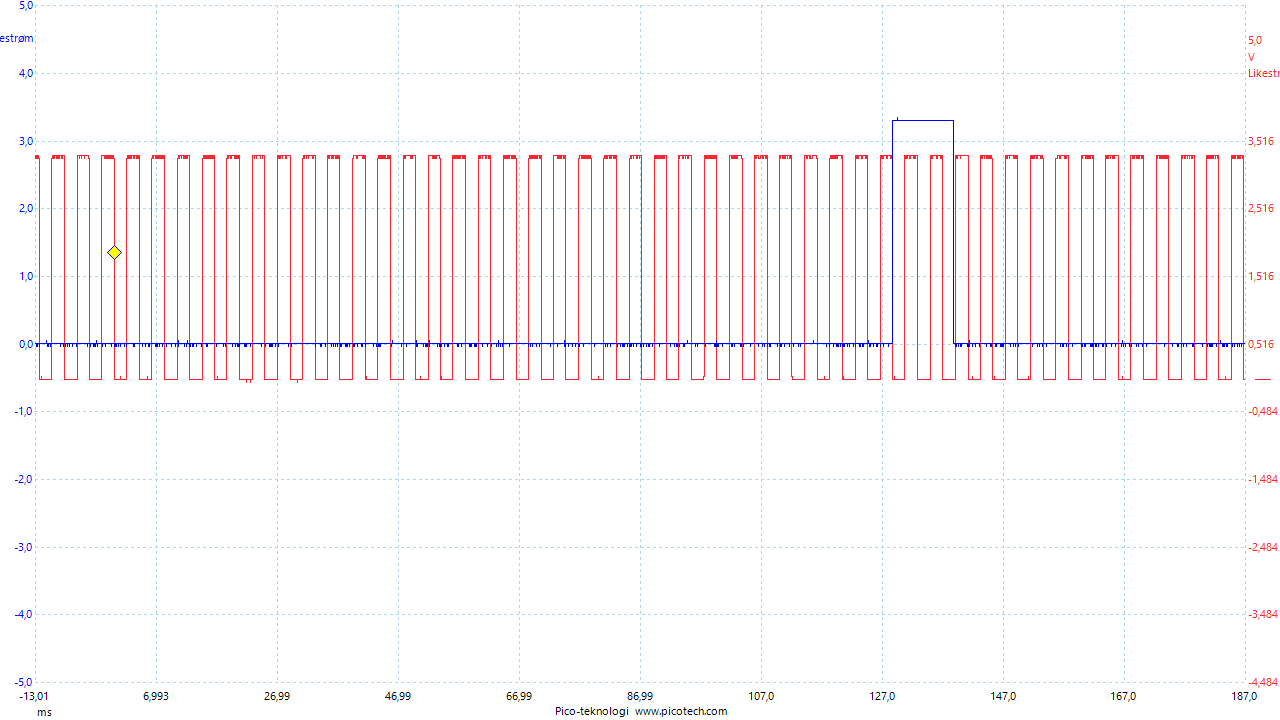 Here, the code is toggling a pin at every ADC interrupt (red) and raises another pin while writing to the SD card (blue). Rock steady! I'll post the code on GitHub soon enough.

Firmware out on GitHub