Over the past couple of days I have received photos from some hackers building their own versions of Stubby.

First off, David S has been working on his version for a while.  He has 3D printed a frame in a very attractive pink and blue (which IMHO looks great with the blue servos).  He is now getting the calibration all worked out, and hopefully this Stubby will take its first steps within the week: 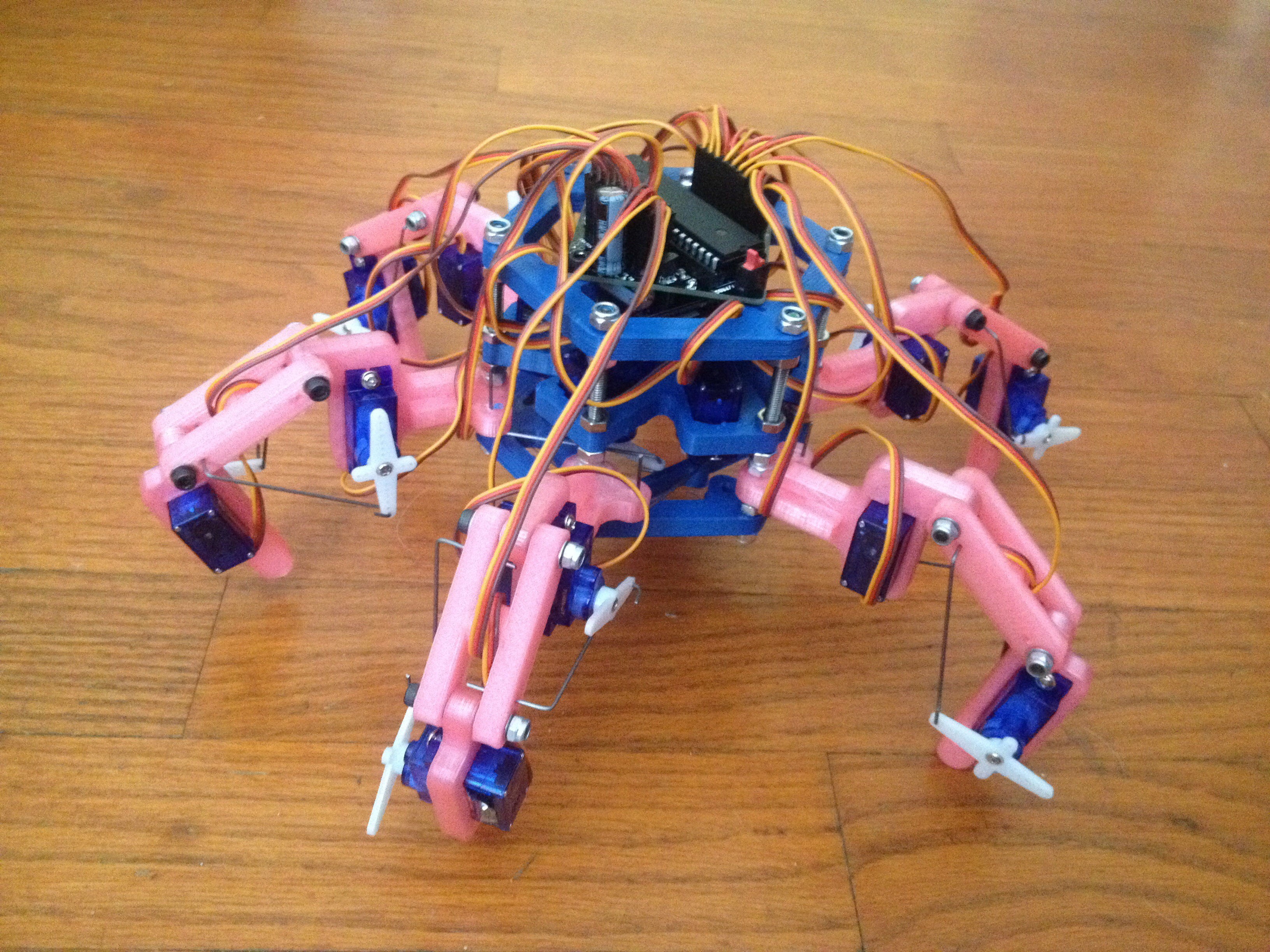 Also, we had shown off Petr H's beautiful clear plexiglass frame a week or so ago.  He is now mostly done assembly, and ready for electronics + calibration.  Some pictures of the assembly are below: 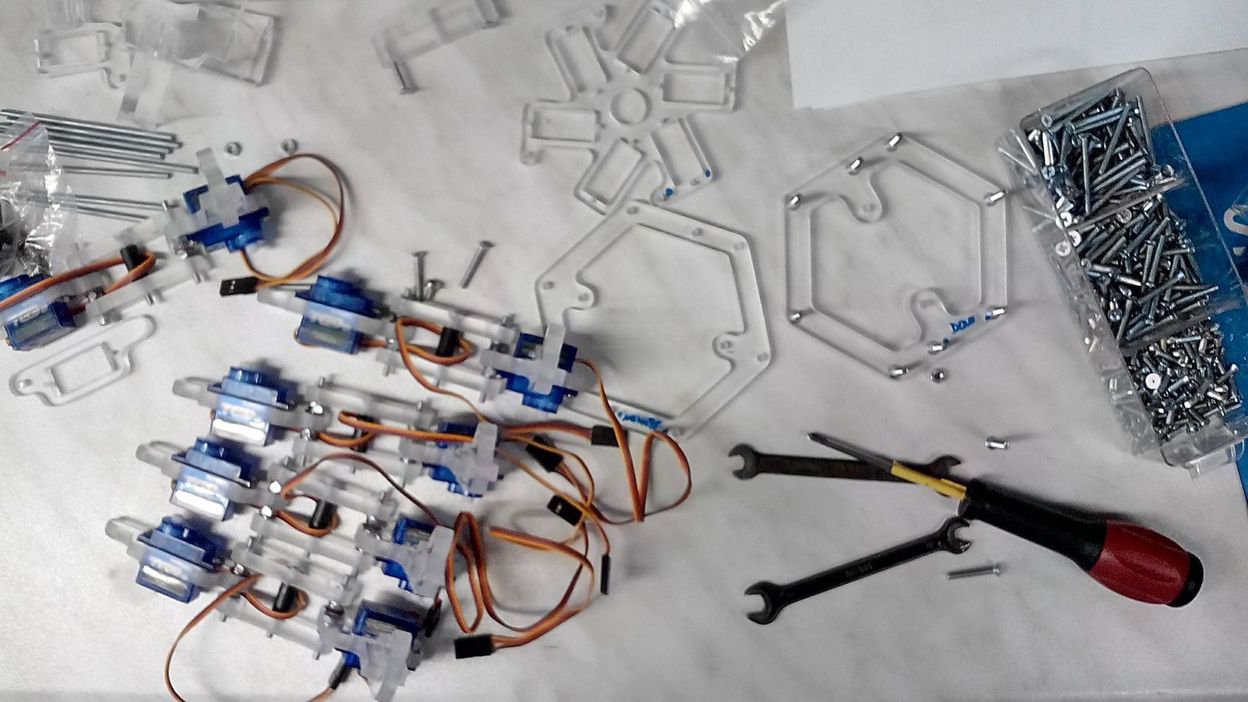 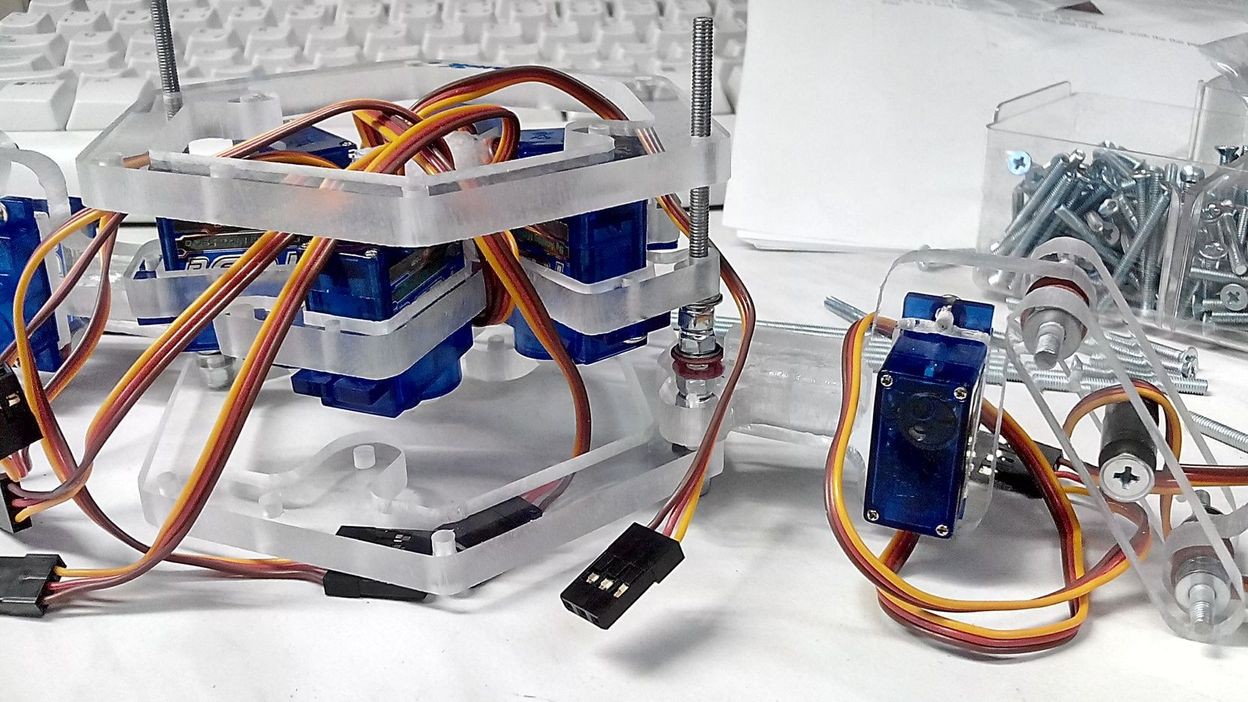 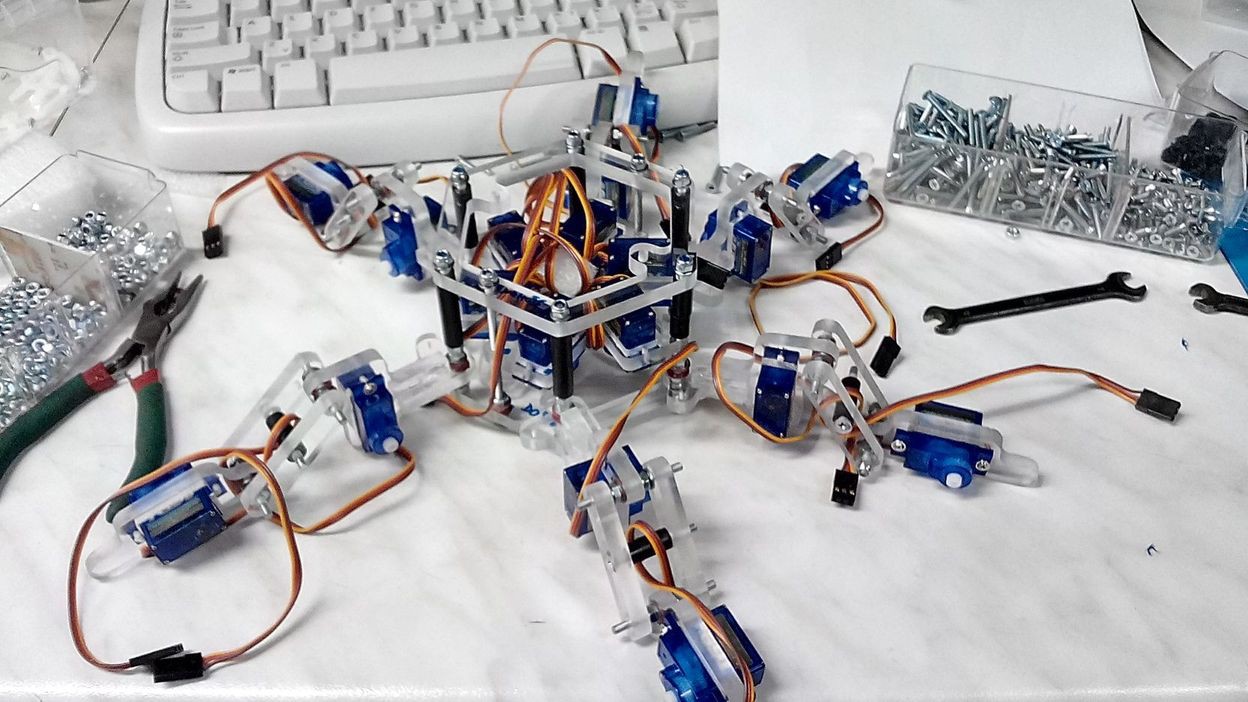