Now that snapVCC is funded, I am getting back to AABoost. I had a very poor experience with ST Microelectronics recently. Sent them a query for which a ticket was created, and weeks later, getting no response, I sent them a tweet with the reference to which they responded as follows: 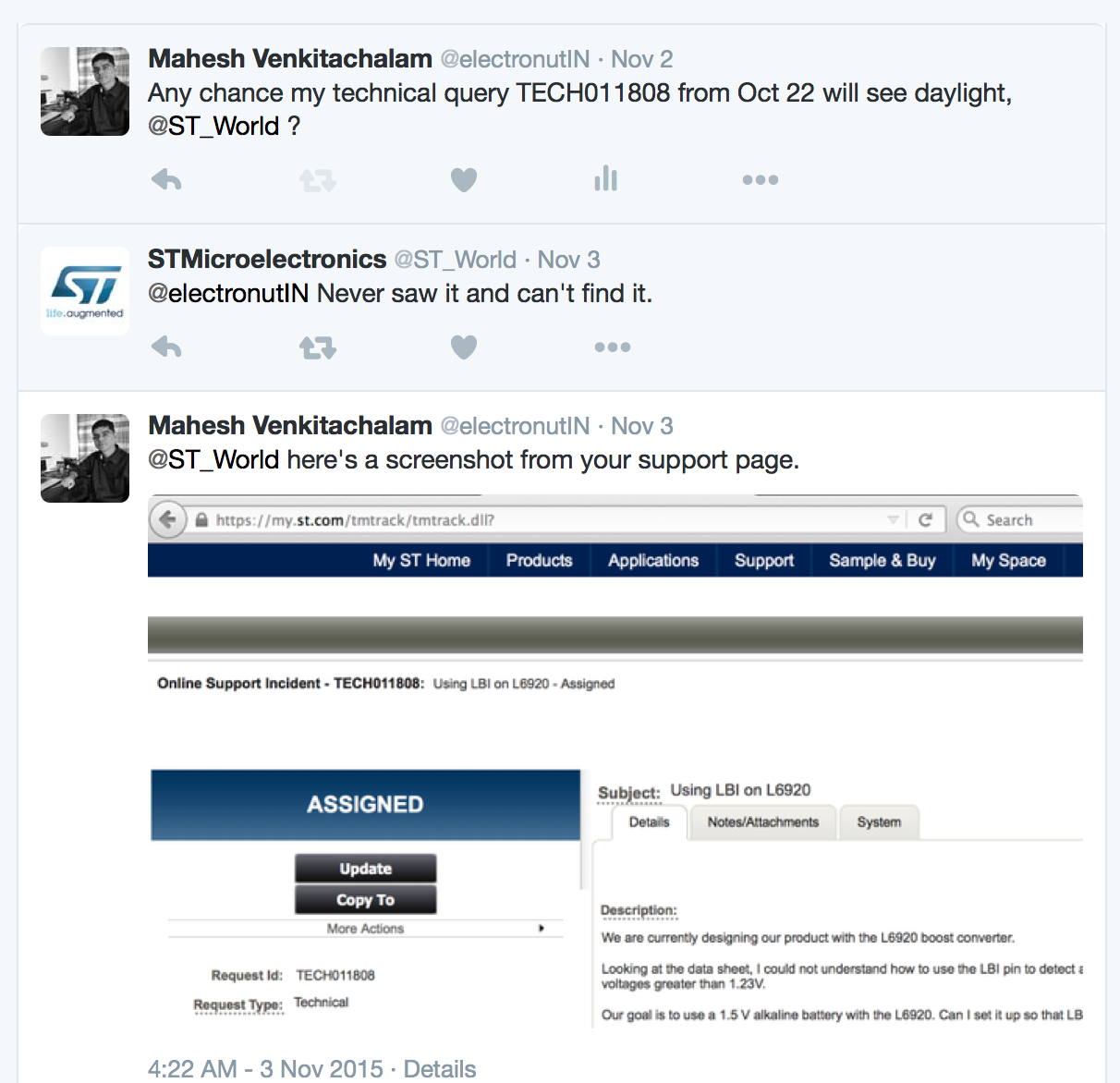 So I have decided to try and avoid STM parts in my designs. Not that it will matter to them, I suppose.

A simple voltage divider will extend the LBI range as stated in page 2 table 1 under pin 2.  They even give you the equation in the datasheet assuming you understand what it is supposed to be for and what voltage you are supposed to set it to.

I have seen that equation, but my question was more specific:

Looking at the data sheet, I could not understand how to use the LBI pin to detect any voltages less the VBG of 1.23 V. The resistor divider
approach seems to work only for voltages greater than 1.23V.

Instead of Pin 2, you could use Pin 5 as under-voltage shutdown  and ignore the BFI/BFO all together.

If you need to detect low voltage conditions, there are power supply supervisor chip with lower thresholds you could use.

BTW there is also a way of level shifting up the battery voltage by using Vout.  This would only let you use it as a low battery indicator, but not for shutting down.

Make a voltage divider and in stead of connecting that lower end to Gnd, connect it to Vin.  i.e. you are referencing it to Vin.  The divider output would be Vin + (Vout-Vin) * divider ratio.  assuming Vout is still in regulation and you can use it to feed to BFI.