A project log for A simple non-bomb clock or two

Gets attention, tells time, promotes knowledge of the electronics hobby & DIY/STEM in general, and advertises my local hackerspace a bit

On Sunday night (September 20), I switched it from a bunch of jumper wires to actually using the Patch Shield. This made it much more presentable and durable, and the red Ethernet cables sticking way out to the sides catch people's eyes.

I also soldered some wires onto the DS1307 breakout board. 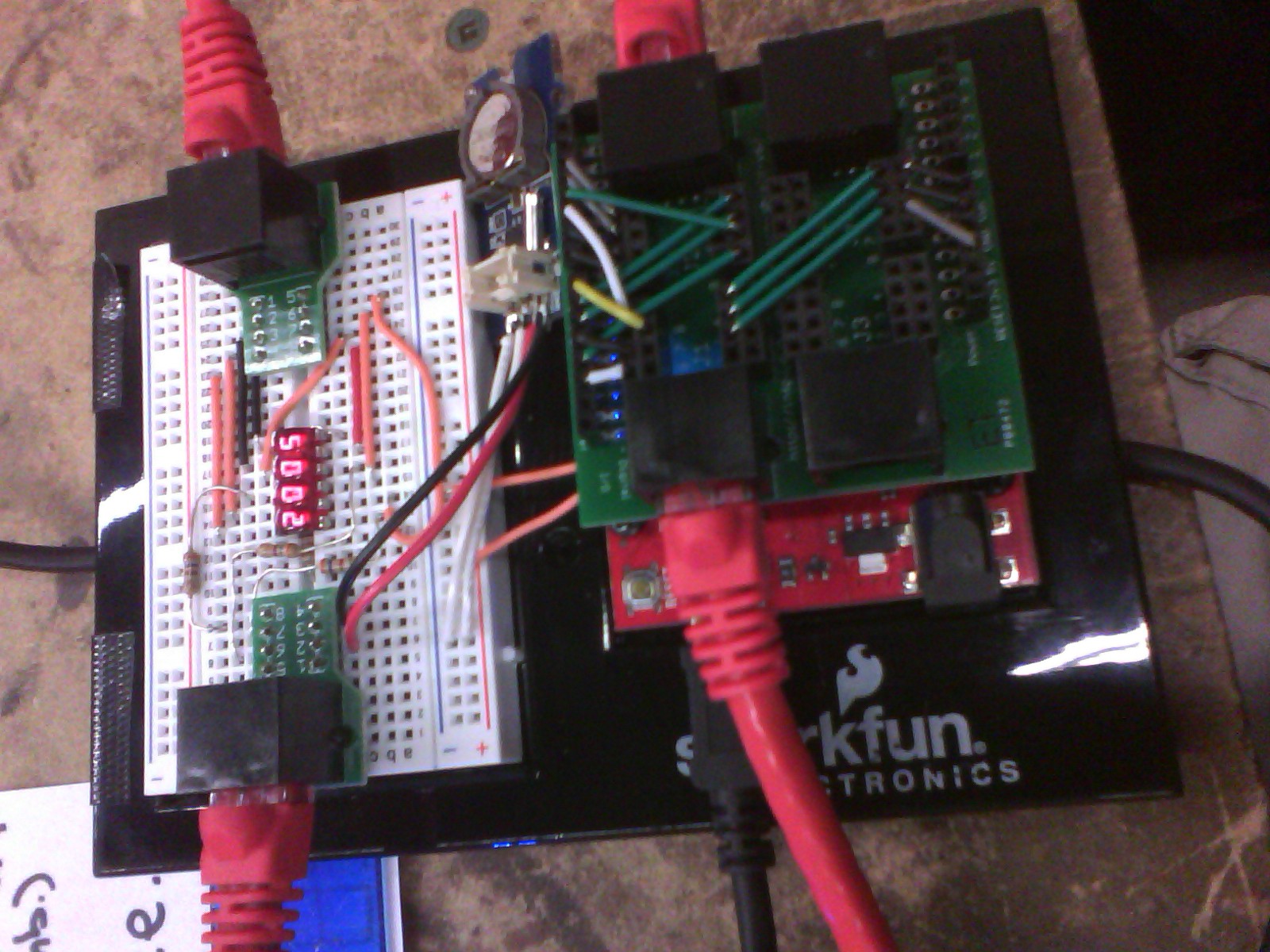 Here you can see how I built the frame with Gorilla Tape. The USB cable forms the neck lanyard; the USB battery and the clock have about the same mass. The schematics on the back of the sign were for testing a galvanometer, I think. 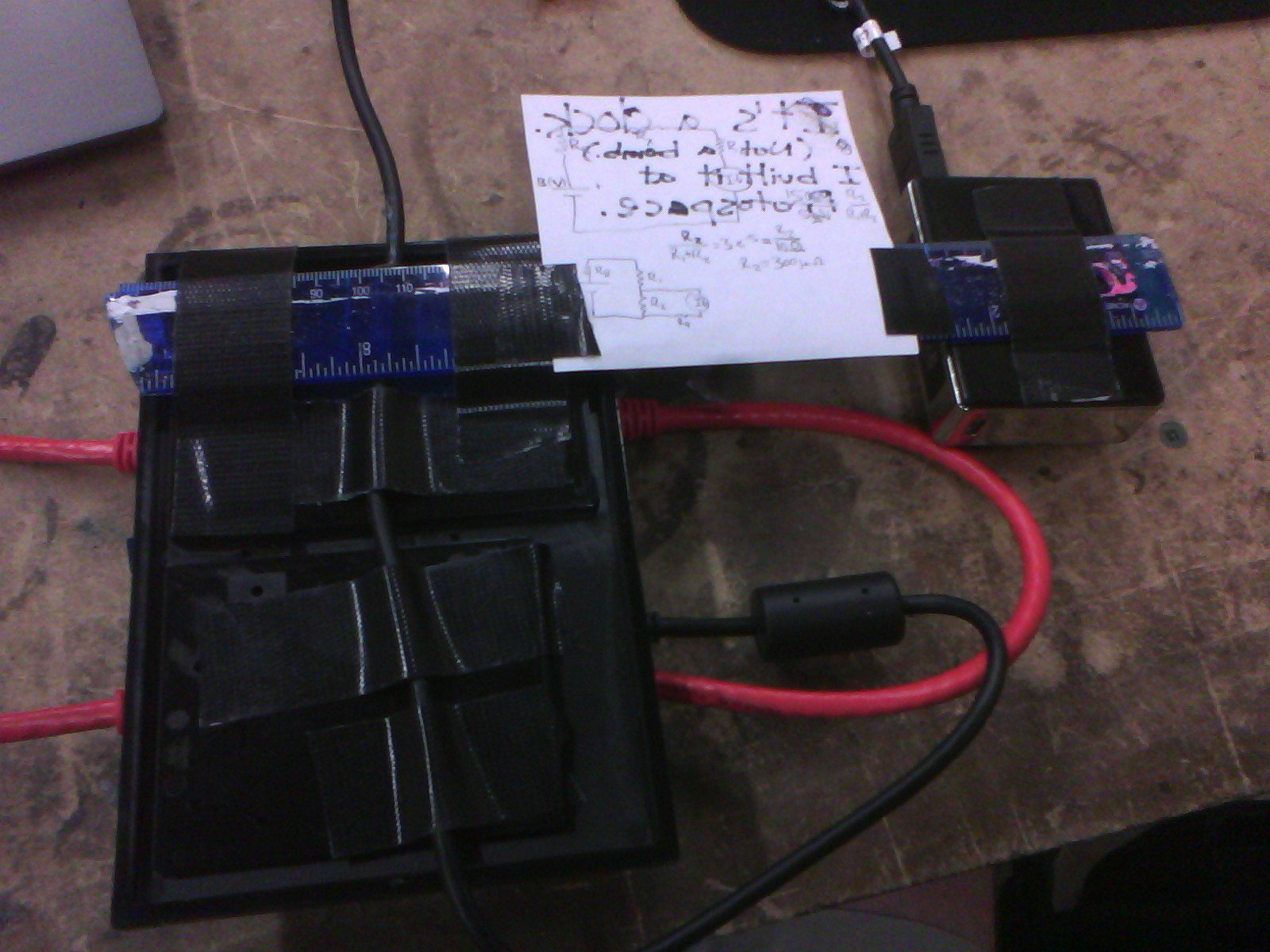 Here's how it looks being worn: 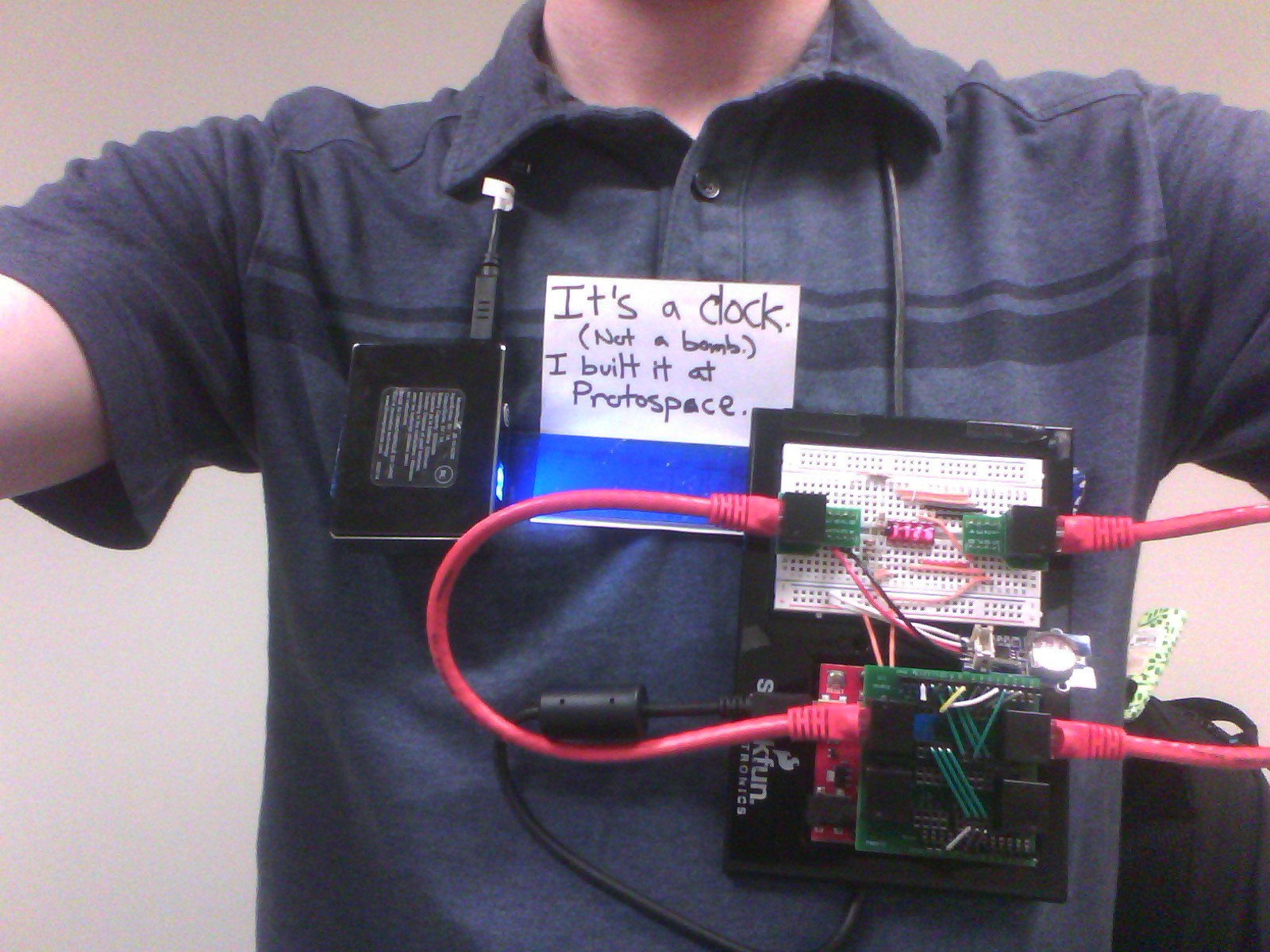 Photos still look terrible, thanks to my tablet's awful camera. (My phone is still in pieces from when I tried to repair it and had exactly as much success as Robert Liston did in his most famous surgery.) When I get home I might use a real camera, and/or one of the other hackerspace members who's a photographer/videographer wants to take a picture of me wearing it, so better photos might be coming soon.