This board is used in Nova Labs Eagle CAD and Surface-mount soldering classes. It consists of an ATTiny, 35 LEDs arranged in a 5x7 matrix, (2) 74HC164 8-bit shift registers, P-CH and N-CH SOT-23 drivers. All I/O is brought out to an .1" header.

All hardware and software is available on github: https://github.com/cogwheelcircuitworks/NovaSMTBlinky

You might also find them for sale on Tindie:
https://www.tindie.com/products/bcoggs/nova-smt-blinky--hackable-5x7-dot-matrix-/ 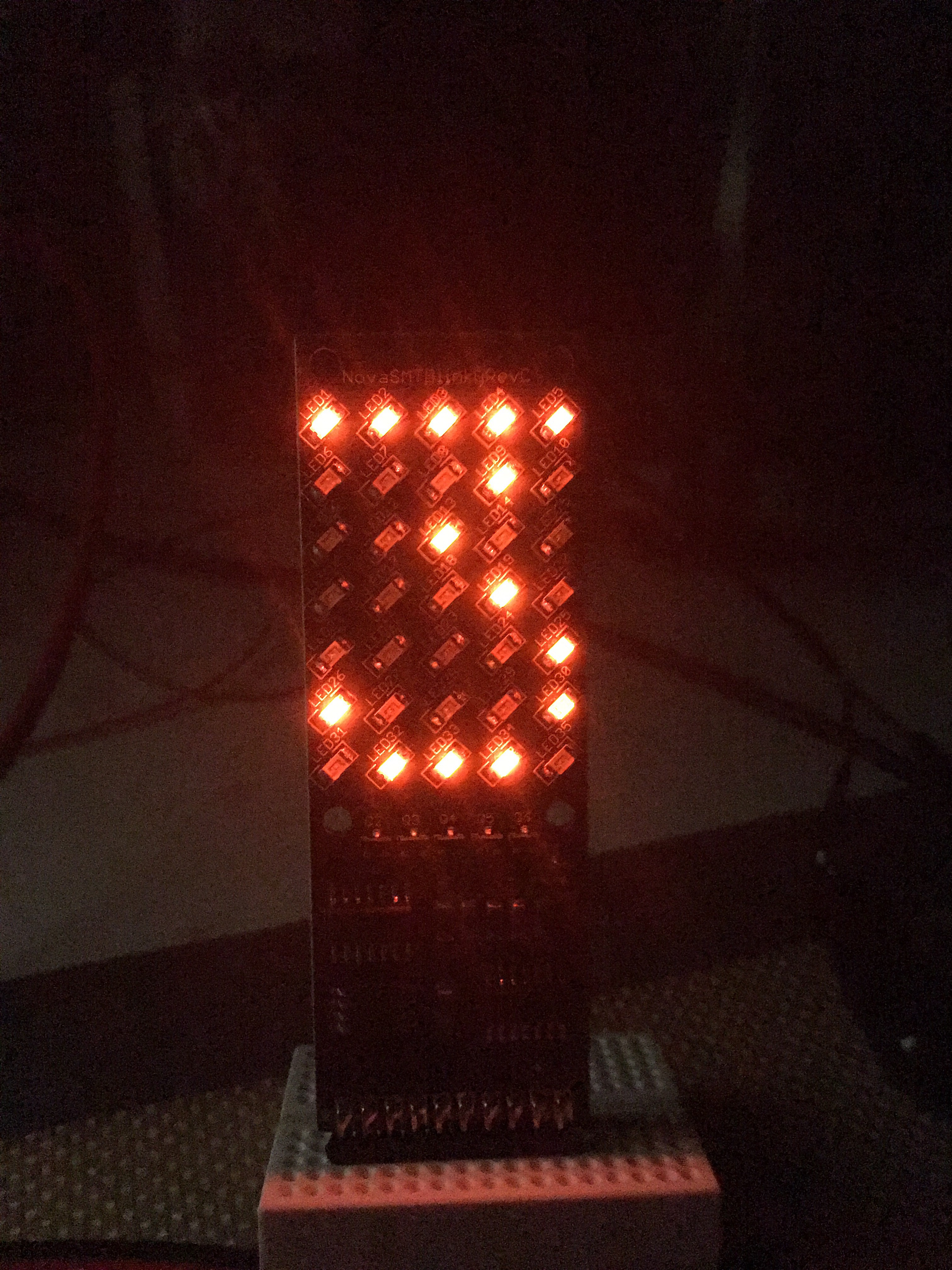 In August 2015, when I heard Hackaday was coming to the Nova Labs Makerspace (in Northern VA) where I was a member, I used it as an excuse to put together the surface-mount soldering class I had been planning. Of course, I was not satisfied with the board you can find by searching on 'smt practice' on EBay. In a fit of poor-time managment I said to myself "How hard could it be to design a board specifically for the class ?"

Some requirements for the board:

What I ended up with was an ATTiny driving a 7x5 led dot matrix. This had just the right amount of parts to solder during a 2.5hour class, and students would be able to take it home and program it.

In a flurry, I rushed out a design through Ospark using their super-swift service (suggestion: add overnight option and call it ludicrous-swift service). I validated that it worked and sent an order 25 boards. My guy in Shenzhen said they would arrive in time.

Well, in fact, they did not arrive in time for the first class, so we had to build generic Shenzhen practice boards. Just as we were finishing up, the familiar yellow DHL pillow arrived with the boards wrapped up inside houdini-style. So the remaining 3 classes I taught that weekend were able to use the custom board. 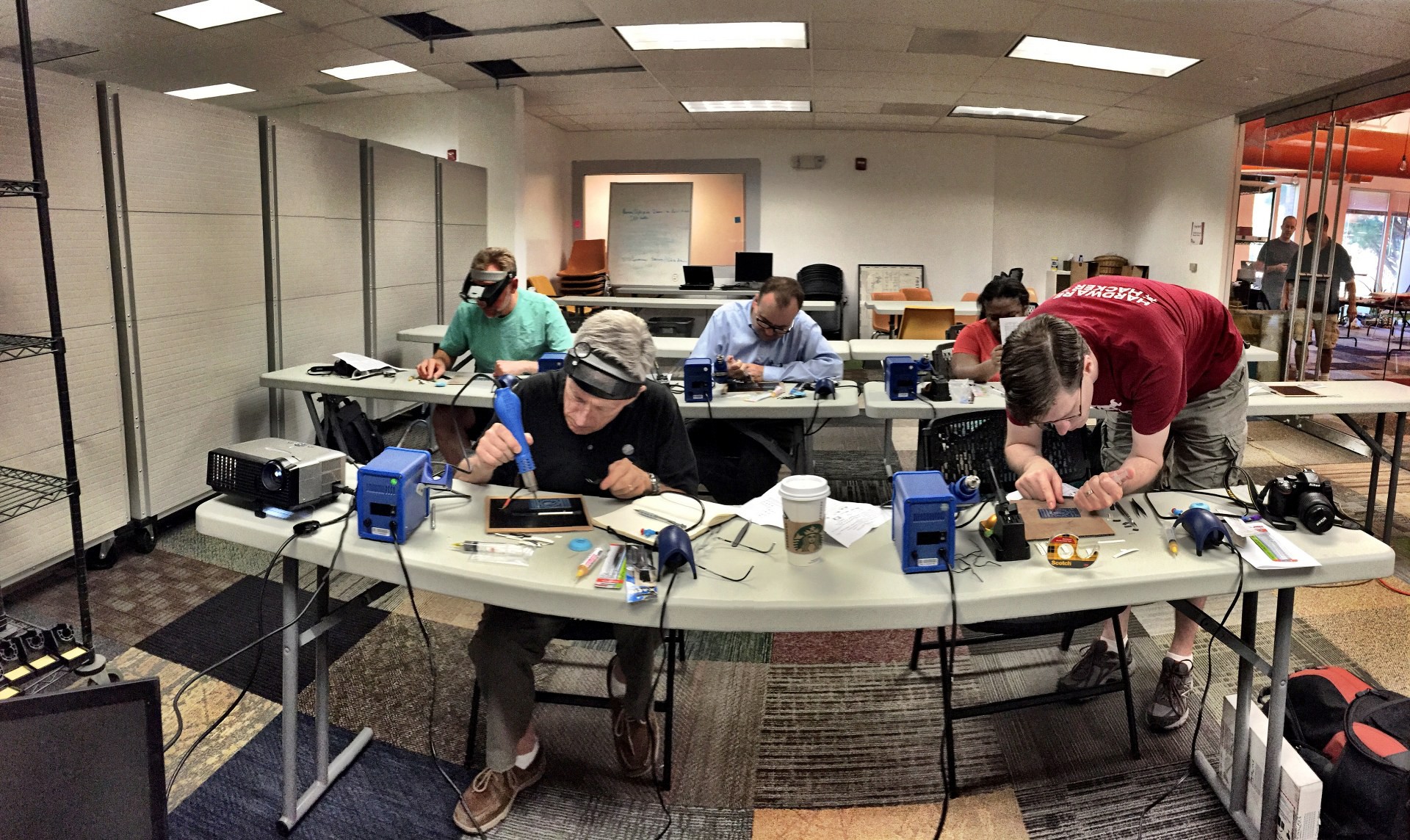 Of course, there were a few f'ups which made it into this version of the board.. This turned out to be a good thing as I was then able to show the class the fine art of bodge wiring... 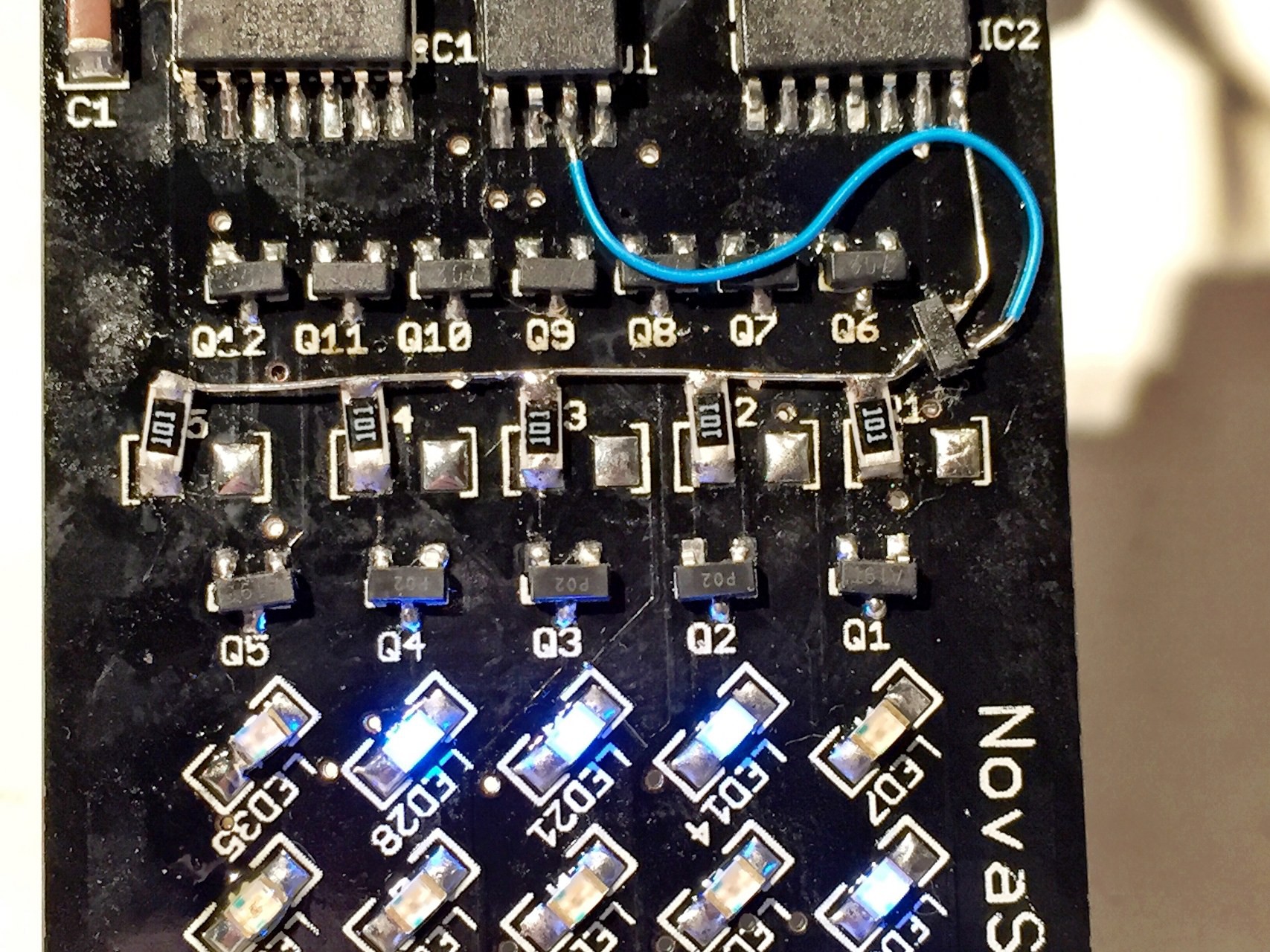 The github contains all of the files along with Errata which describes the fixes.

There is also an arduino-IDE compatible software library to drive display scrolling messages..

The next version of the board is already in the works and everything will get published on hackaday.io

UPDATE 21-OCT-2015: Just sent the new, errata-free version to oshpark. Need some more of these for classes in November..

UPDATE March 2017: Assembled Blinkies have been known to be available on Tindie:

A development board for the ATtiny84a which can be used on a bread board. Just all the basics to run the micronucleus bootloader.
Project Owner Contributor