That looks good. Except the LED which "flares" the camera but you get the idea. 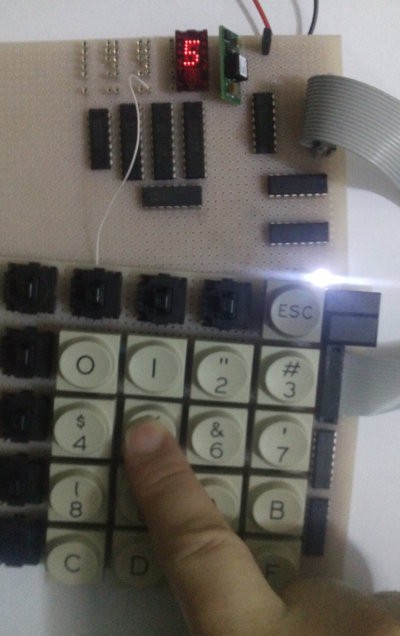 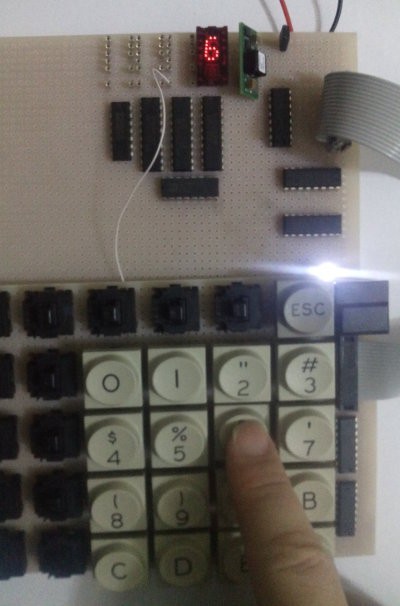 But as anything, it's just an illusion ;-)

The TIL311 only displays the counter, which is running freely when no key is pressed.

The question now is how to manage the write strobes. This is not difficult in itself, however the data must be multiplexed with other asynchronous sources. The data nibble passes through a nibble mux (74HC157) and how should it select the input ? How can the data respect setup and hold times ? Once the keyboard data has been latched, how can we ensure that the setup&hold are respected and only one key press has been recorded ? And which input source should have priority ? And if a serial byte arrives at the same time as a key press ?....