It all started in january 2016 with a suggestion to @Stefan Lochbrunner about a new #Breadboard Widgets module (see the comments).

He quickly created a nice board layout, which he uploaded to his git repository.

And some days ago, I received this : 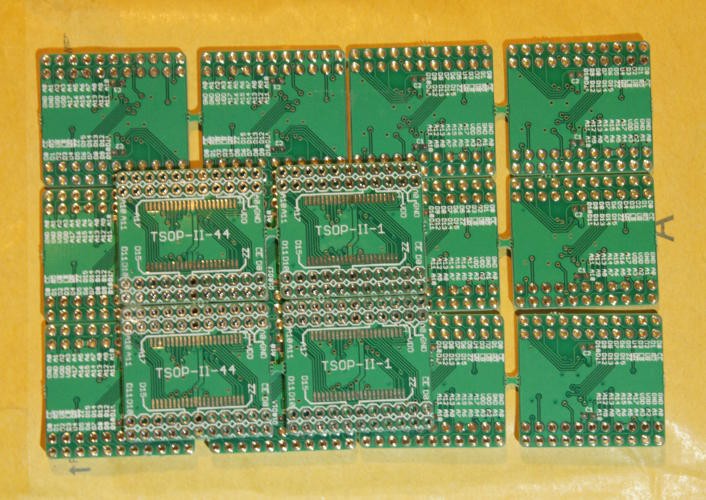 (I'll have to test them now)

That, the #PICTIL story and other personal experiences, confirm that German hackers are among the best ;-)

Someday I should make a similar breakout board for the Flash chips that I use in #DYPLED (see the yellow adapter board in Stack-based programming, which is nice but expensive and quite large)

Got the backbones too