I really love my Bausch & Lomb 10x Hastings triplet. Decent working distance, super-portable, low-distortion, durable, etc... I use it all the time to inspect crappy solder joints. Except when it's dark out! Or just not quite bright enough in the room. Then the itty bitty lens just can't gather enough light and it's tough to see much of anything. 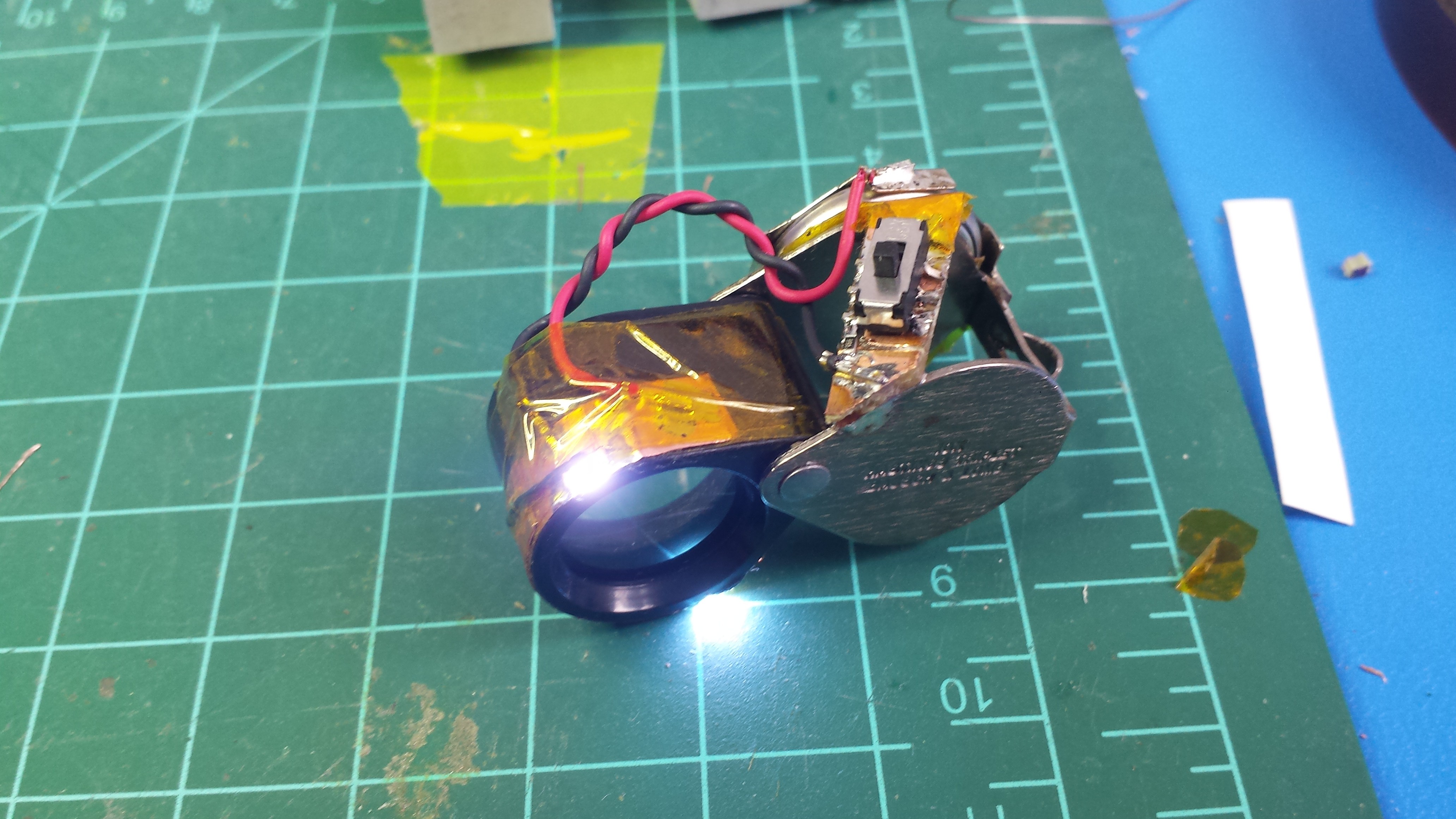 No fancy microcontroller nonsense on this one, just a bit of FR4, a tiny slide switch, a current limiting resistor, a CR2032 battery and holder, some sticky copper tape, and some Kapton tape. Also some wire. 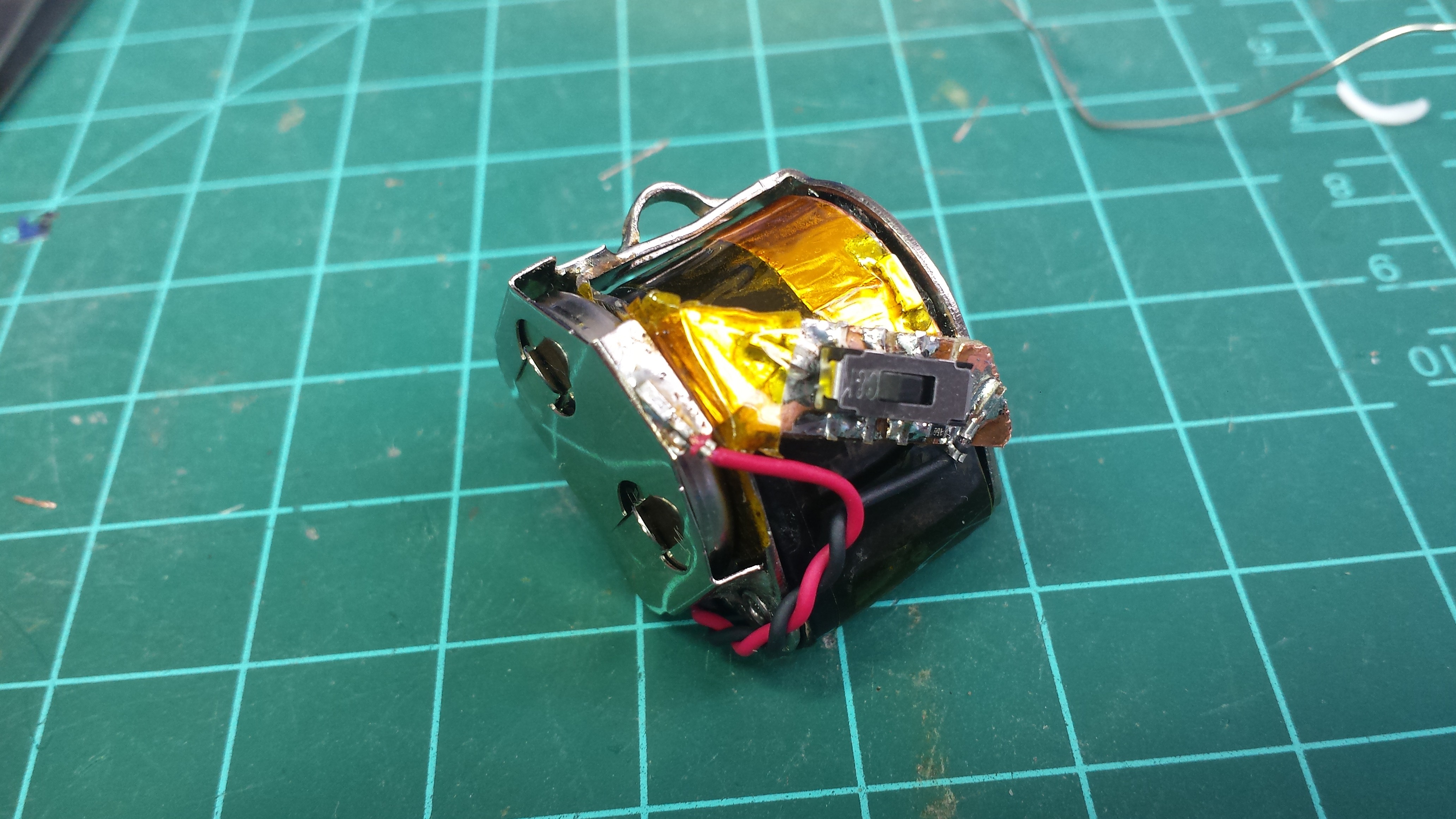 I used a few crimp terminals I had lying around to strain-relieve the wires; this way, the soldered-down mechanical crimp holds the wire and its insulating jacket. We'll see how it holds up. The two tiny white right-angle LEDs are just close enough together to avoid a noticeable dead zone when objects under study (such as the ATtiny88 shown above) are held at the focal point. I did take a "no light" picture but it wasn't terribly impressive since my phone camera automatically adjusted its shutter to compensate. Ugh.

This is actually the second version of the project; an early design used a large(ish) piece of FR4 epoxied to the back of the loupe to hold the battery clip, and didn't have a backstop to prevent the lens from being twisted the wrong way. As you can imagine this happened pretty quickly and the wires ripped off. The new version shown here uses a strip of FR4 to prevent over-rotation of the lens, and to provide mechanical support for the switch and resistor.

Biggest surprise? I was able to solder to the casing! I assumed the brushed metal was stainless steel and tried anyway with an 850 F iron and plenty of flux, and the joints appeared to wet properly. I'm assuming the case is actually plated brass of some kind, as I don't think the solder I'm using (SAC305) bonds to ferrous alloys...

... and yes, the excessive heat did mess with the plastic lens assembly a bit. Mostly loosened the joint up, so I added a solder blob detent to keep the thing closed in my pocket.