I spent a bit of time at the 2016 Supercon on some tedious LED rework. I was first to present Sunday evening and the webcam wasn't up yet, so I figured I'd put a few better photos up here. The badge hack fits the criteria of this project nicely, as I started on Saturday afternoon and finished up very early Sunday morning. All in all it was a great side event--tons of folks working on badge hacks at all hours. Not as much hardware stuff as last year, but still great to see so many cool projects. 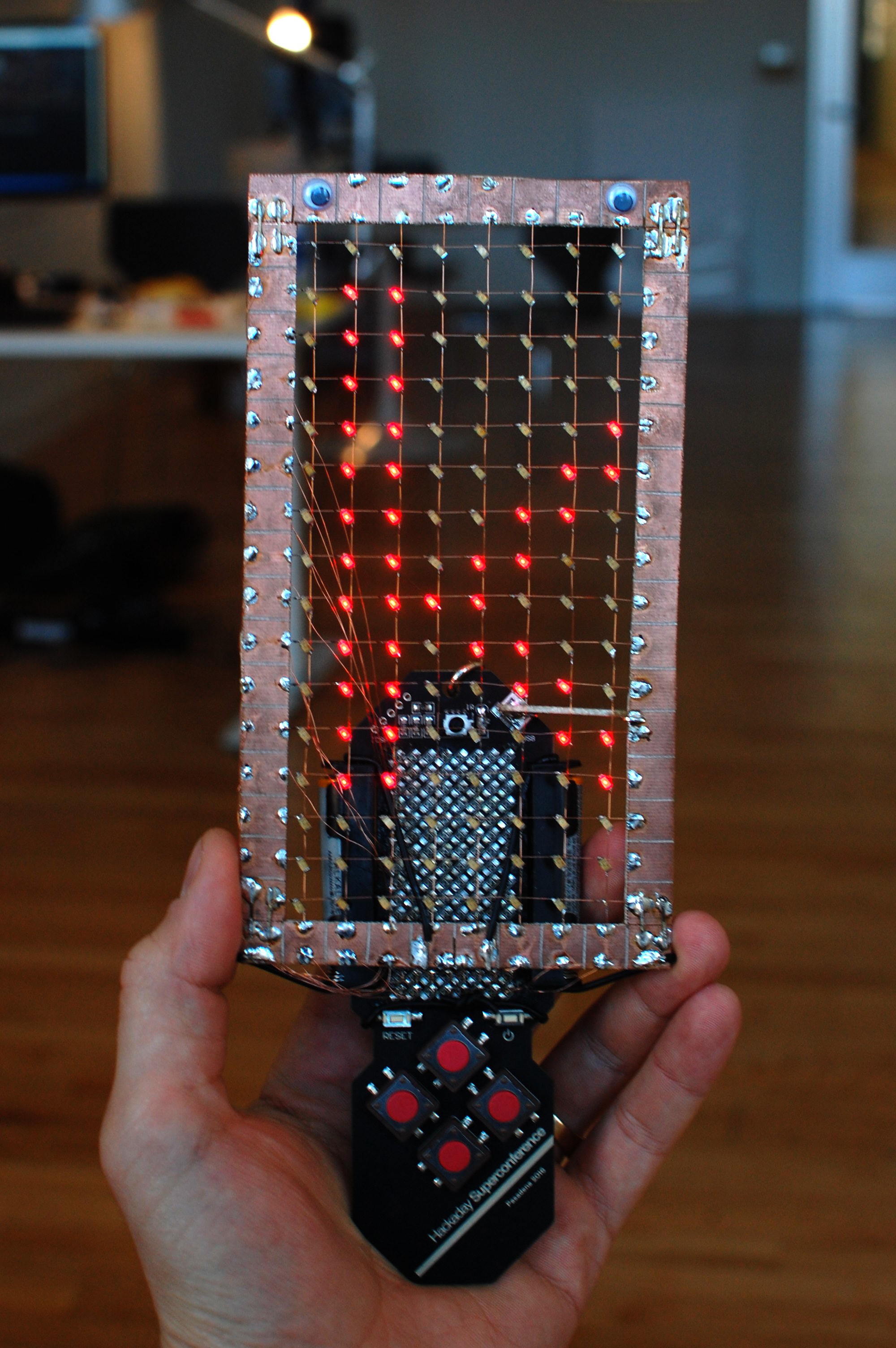 I wanted to highlight Voja's excellent design work while simultaneously increasing the badge's annoyingness factor by making the display unnecessarily large. He was kind enough to arrange the LEDs in an 8x16 matrix, meaning a wire grid with LEDs at each intersection worked perfectly. I used 34 AWG magnet wire with a clear enamel; it's pretty handy stuff but burning off the insulation with a tinned iron leaves some debris, and as such all of the solder joints are a bit horrible. Also, the whole thing is covered in flux residue, so it's really a 'good from far, far from good' type project. 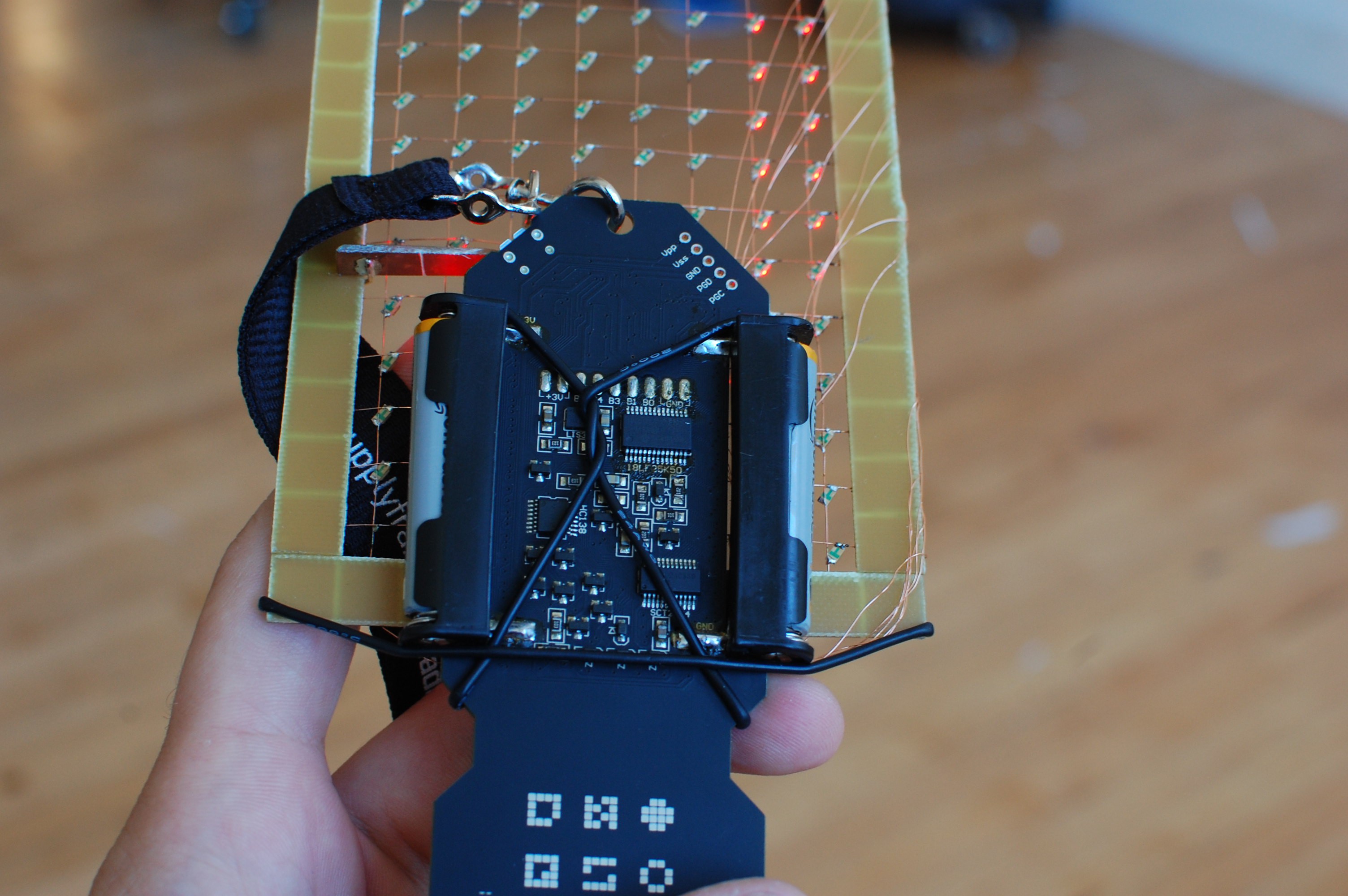 The frame is made out of four strips of FR4 I'd brought from home; the PCB stock at the conference appeared to be FR1 (or something else ideal for their Othermills), which wasn't quite as strong and didn't like my tin snips. 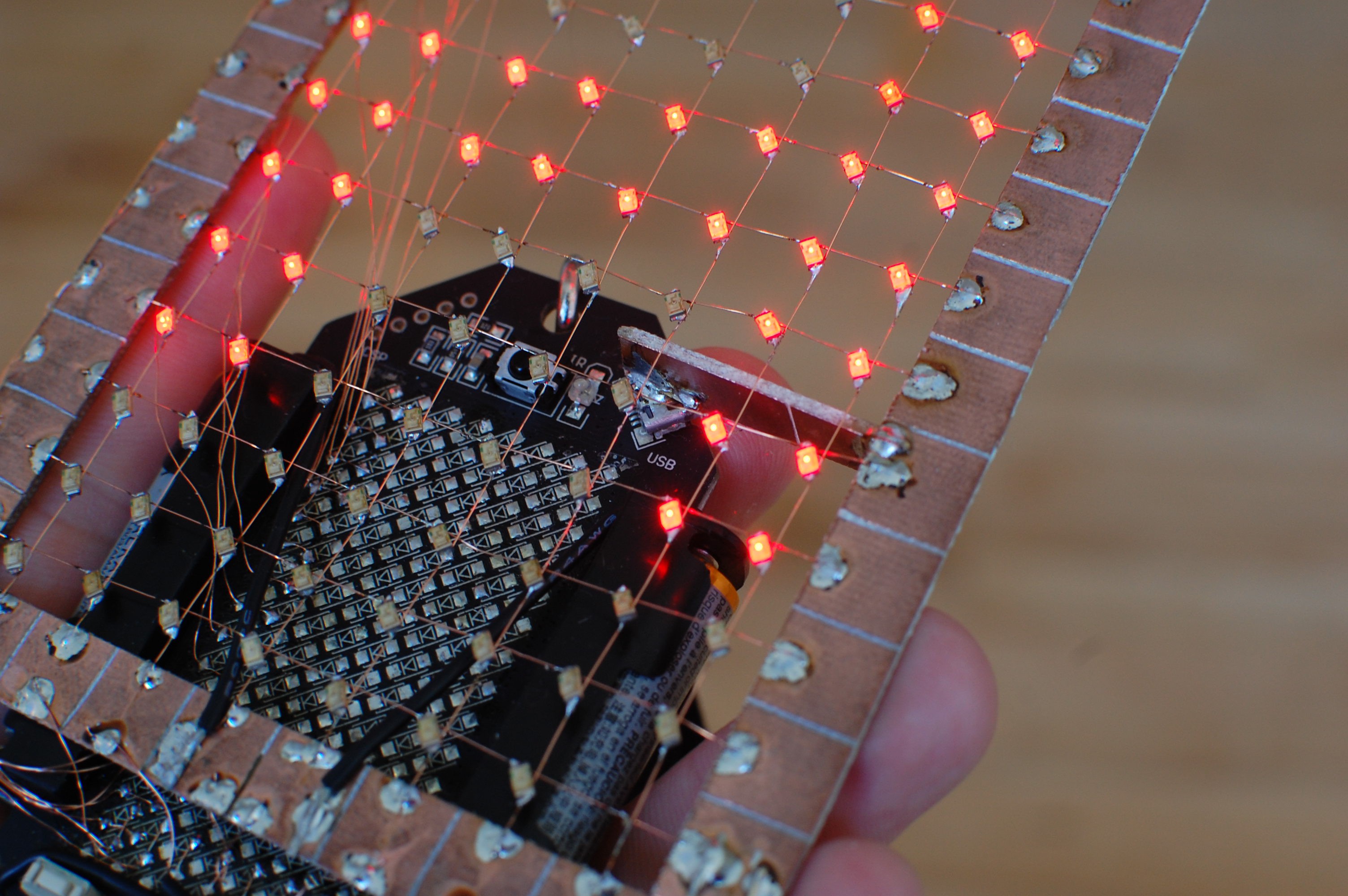 Everything is held onto the original badge with a few insulated wires; you'll notice that two of them loop around the back and are tied rather than soldered together, since their mounting pads are two different column pads. My only suggestion for future badges: give us a bit of ground plane so we can scrape off solder mask and use it as a structural support. The only real option I had was the top of the USB connector, which worked well enough but limits the badge's software hackability. 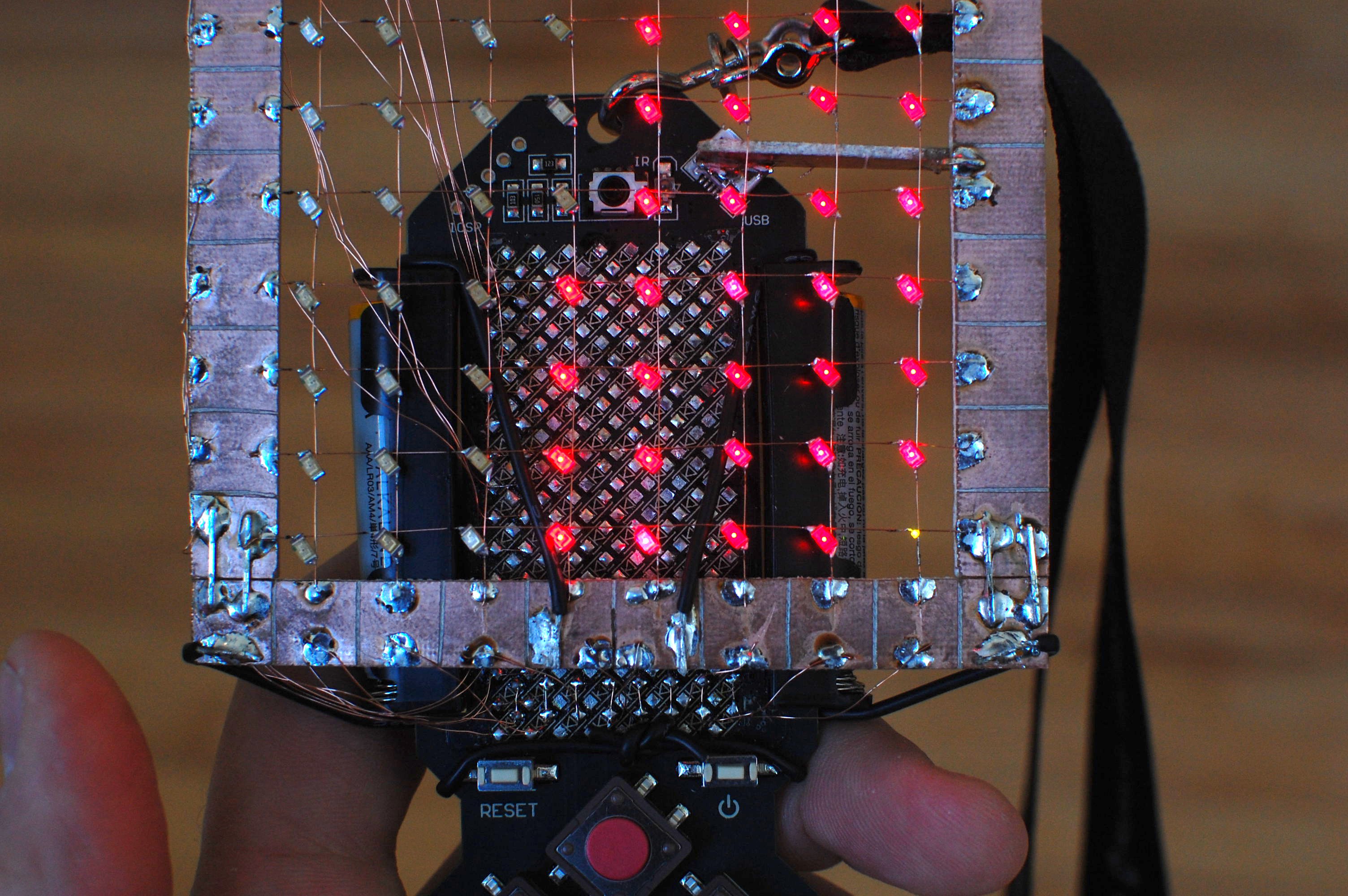 Ben was kind enough to let me use his hot air station to desolder the LEDs. I lost two, replacing them each with some yellow units I brought from home. 126/128 isn't bad.