Well, we lost it. 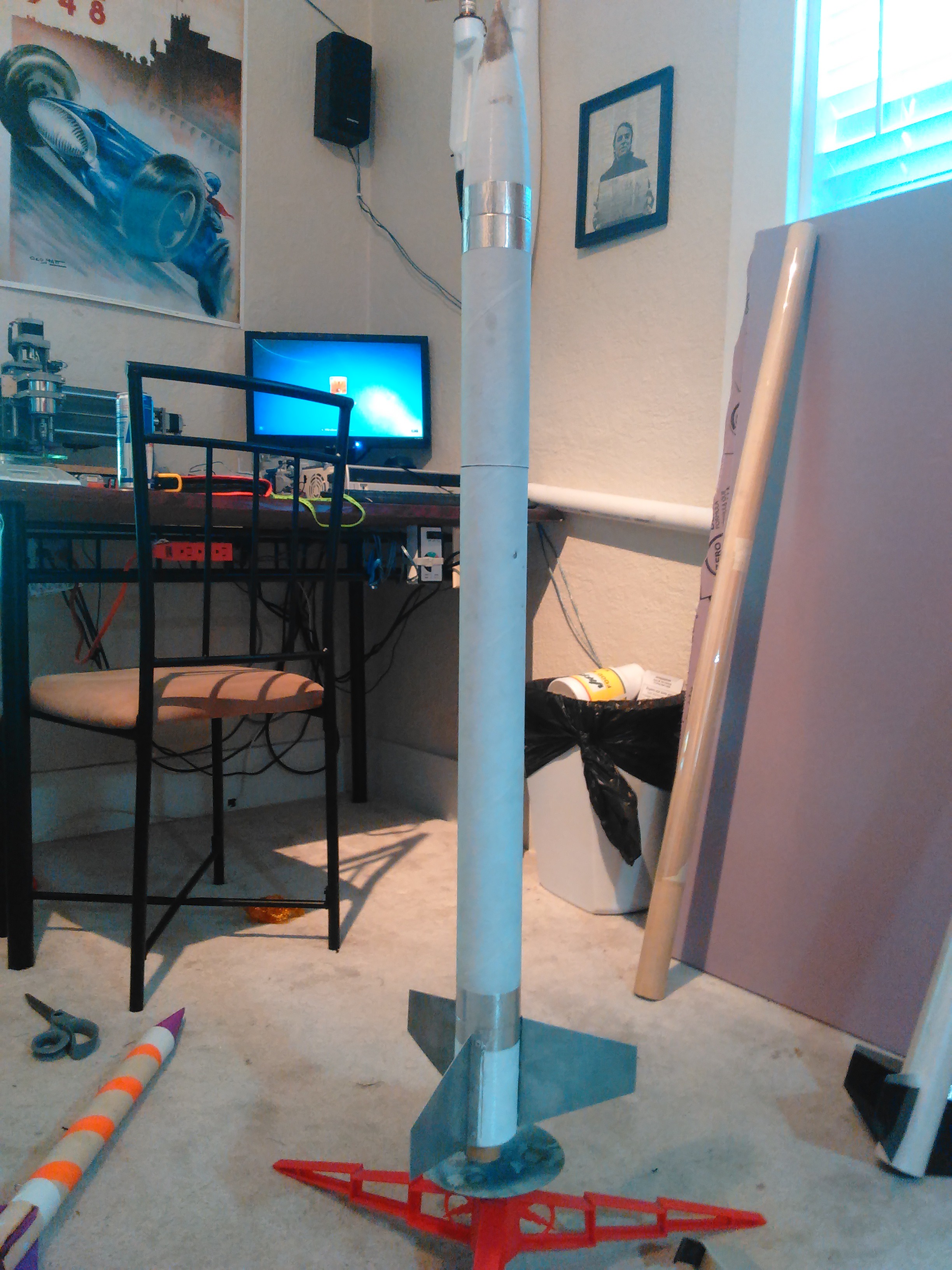 So, I went with slightly smaller fins and took a few inches off the nose to correct the over-stability issues. The winds were a bit high; 7mph or so sustained and gusting to roughly 15mph. This resulted in more weather-cocking (though not quite as bad as last time), and ultimately the loss of the air frame. We searched some, but it went in the woods relatively close to a nearby archery range. We decided to just chock it up as a loss. I've already got V2 in the works, so look more updates soon!

ever thought about strapping a camera on it?

Maybe in later stages. Due to the body tubes I've been using and the larger extruder (.914mm) that makes all of the walls on my printed parts thicker than they need to be, I've been pushing the limits on weight. Once I get the new hot end and lighter filament (CF infused PLA!), I should have no issues. The larger motors I've got coming won't hurt either!

Sorry you guy's lost it, but it was probably a good idea to avoid the archery range!

Eh, it was about 8$ in materials. Plus, It was a pretty decent flight considering the rocket was 4oz over the recommended take off weight for the Estes F15 motor. I'm happy!

That I do! Our club launches once a month, which is a real bummer. A schedule like that doesn't lend itself to research very well! But, I do have the opportunity to launch at the field the NARAM 58 is being held at next weekend. I can't wait for NARAM, either!