This is my second attempt at laser cutting, and it went much smoother this time, in a large part due to help from the people at FabLab. I generated the switch plate, and then used that as a base for the face plate, back and the layers for the sides. I made a mistake that I didn't make the holes in the back plate a little bit smaller -- so that I could tap them and screw in the bolts into them directly, but I think that I can fix it with some glue and a drill. 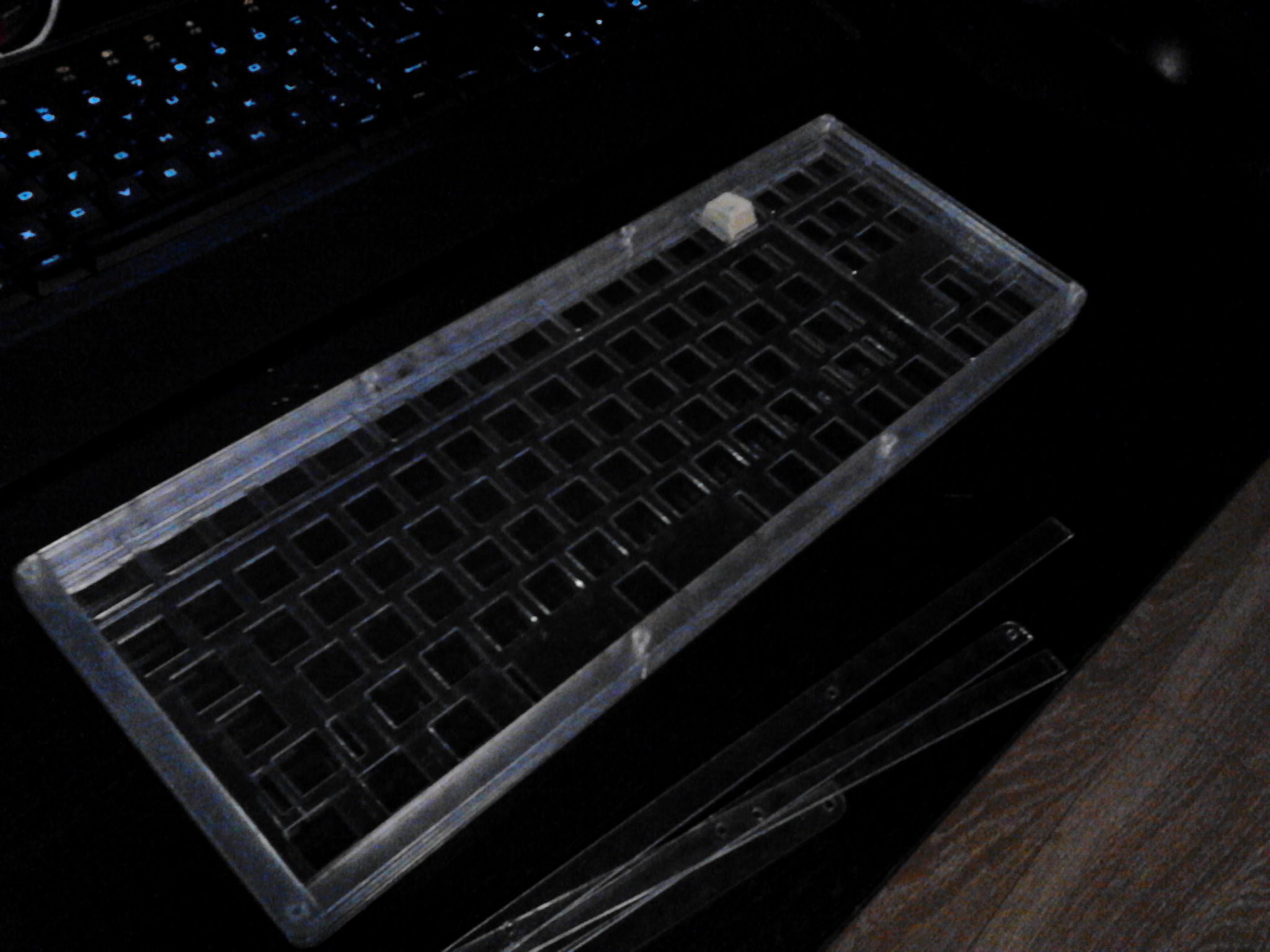 Since the keyboard is transparent, I will need to be much more careful about soldering and generally cable routing, to make it look good. I ordered a white A-Star module for the controller, mostly because it has all the 26 pins broken out, but also because it's white and will look cool. I'm going to make it visible right over the arrow keys, and to use the LEDs on it for the CapsLock and other indicators.