As I wrote, I received the boards quite a while back, but I have to admit, I really had a hard time getting them assembled.

The first I tried with the stencils I ordered from OSH Park. This really did work great but I managed to put on the pin headers the wrong way around and really fucked up the USB mini jack so the board was on functional.

My next try was 6 days after the first but I did forget to put the solder paste back into the freezer after using it the last time so I could not apply it through the stencil (it basically was just clogging the stencil).

After that I tried to use solder paste without the stencil and it looked quite good, but I think I've shortened some pins on the QFN because I was not able to program it.

Today (as the deadline for the sqare inch contest moved closer :)) I finally gave it another try. This time I did not use solder paste but normal 40/60 and pre tinned all pads with it. then I put on the QFN and applied head with my soldering iron from the bottom. I then used the hot-air gun to reflow the solder.

This time it worked and I finally can program the chip :) 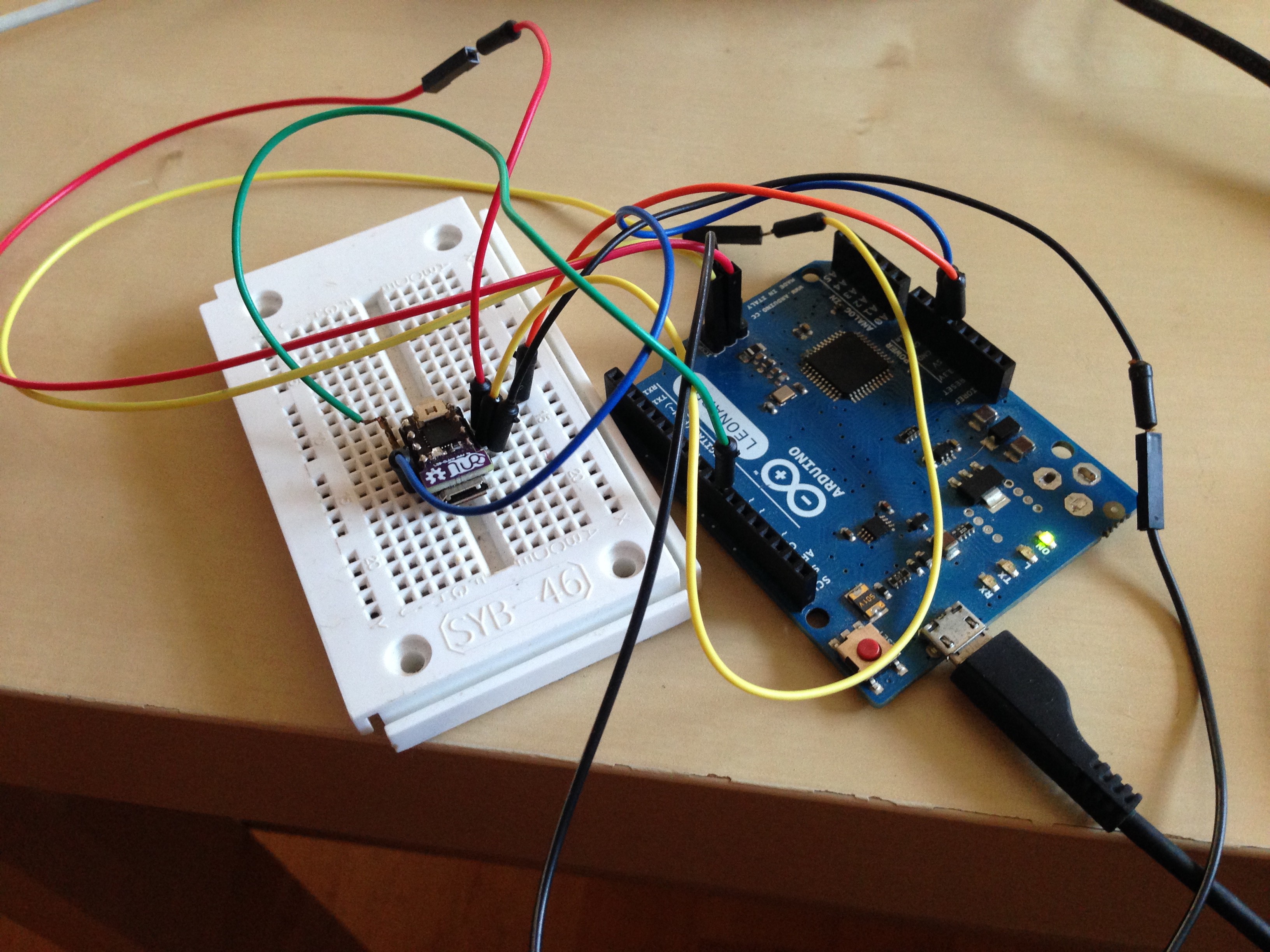 programming the chip with an Arduino Leonardo

I tested the programming and reset circuit using the build-in LED on PB2: