In the box was next to the Tablet itself the Mirco-USB charging cable and a Micro-USB OTG cable. This is needed for getting into the system setting, because you can only boot into them by pressing Esc or Del at boot.

In my case, stuff like Secure Boot was not enabled, but I may be different for you. The first thing I did was disabling Quiet Boot just to be greeted by the nice American Megatrends screen every boot. 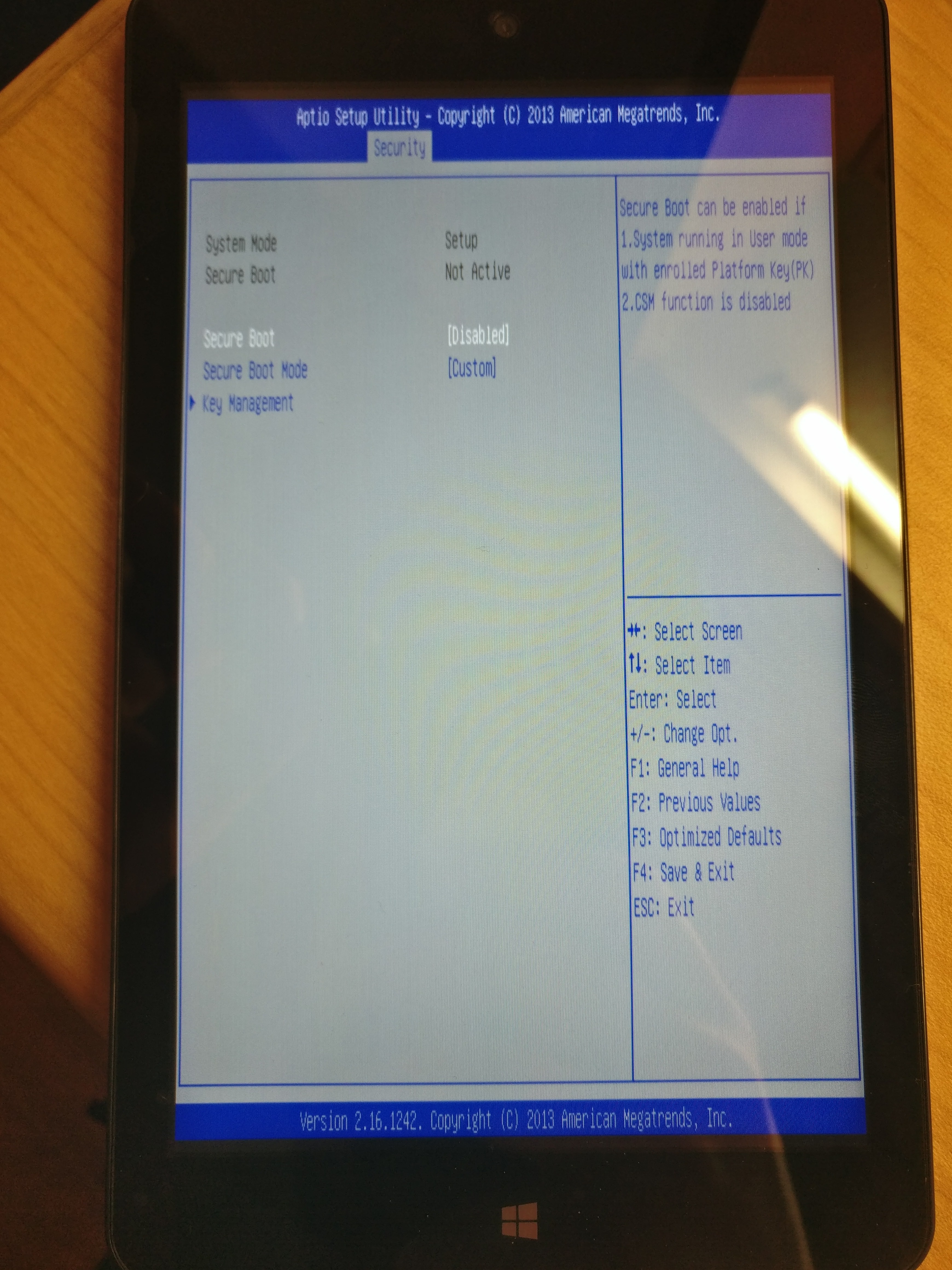 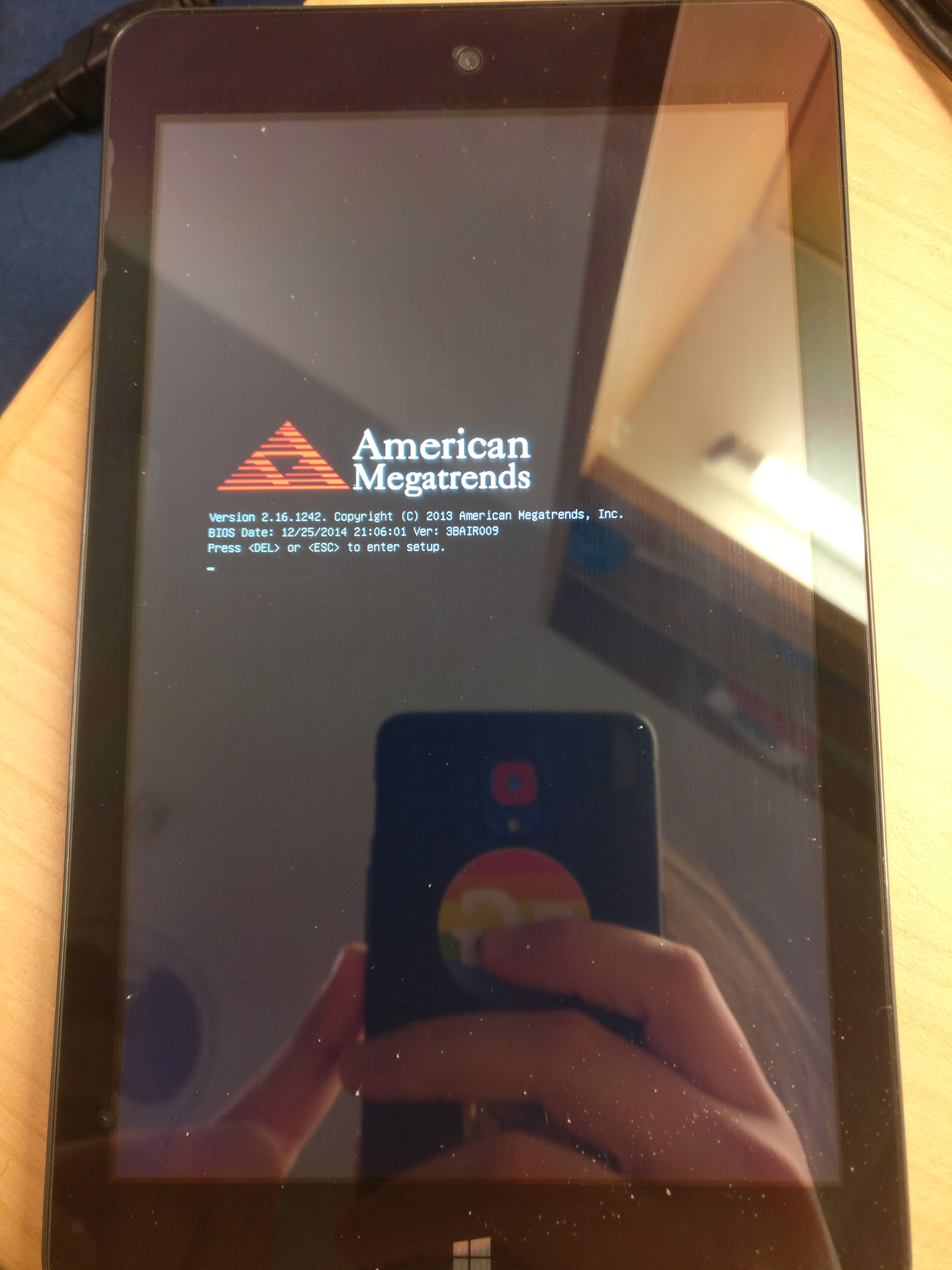 At the Golden Computer Arcade I also bought a USB3.0 hub, so I can simultaneously connect a keyboard and the boot stick. I also could have tried booting from SD card, but I didn’t.

In the Save & Exit tab is a section called Boot Override where you also can choose a bootable USB stick, if plugged in. In the beginning I tried and failed to boot from a normal boot stick I created with dd. I first I thought that the hardware is still locket to a specific kernel signature, although Secure Boot is inactive.

After some googling around I found out that in order too boot stuff on this or similar machines, I need something with a 32-Bit UEFI comaptible bootloader. When searching for “32 bit efi arch” I found this Arch Wiki Article. They describe the same problem for a different pice of hardware, so i gave it a shot.