My HDD Caddy arrived. It was a little different from the one mentioned in the previous one. To save costs, it seems they had switched the caddy from aluminium to injection molded plastic. It did make a difference.

This should have been a breeze but it turned out not so much, due to two reasons:

After all this, for a test I connected another 500GB HDD I had and booted up the system. Everything looked good. As I side effect I also noticed that the HDD in the drive caddy ran cooler than my primary HDD. It was about 5-6 degrees cooler (10 deg Fahrenheit) than the hard drive in the main drive bay, with the laptop not being cooled on a pad the HDD would be so hot as if it'd go toast (> 40 degrees C).

So the drive swap would now be a two-way swap - my existing 1 TB drive went into the caddy while the SSD would live in the main drive bay. (you can see the bracket held onto the caddy, bottom center). Putting the SSD where the HDD originally was: 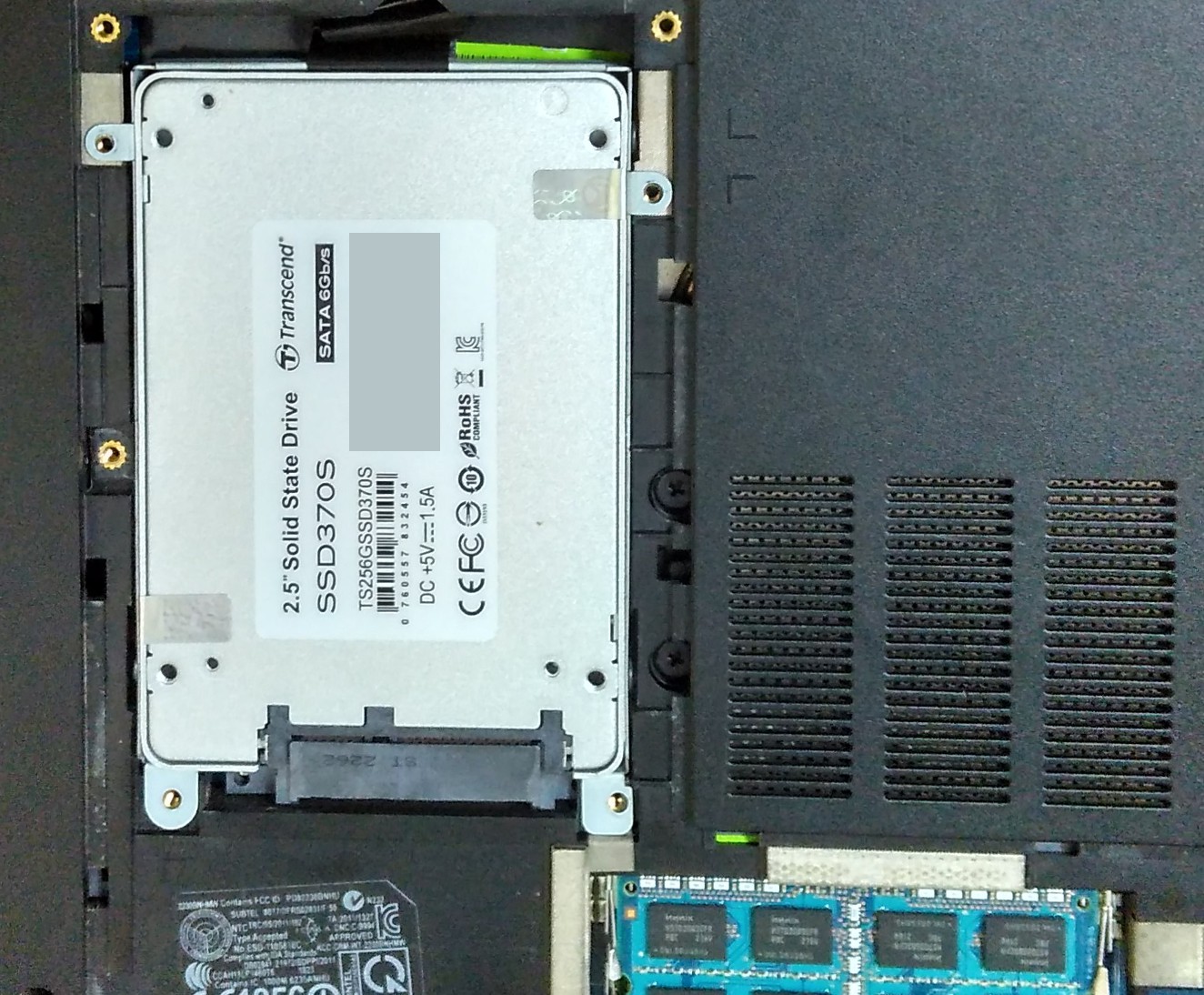 Looks good so far, dmesg tells me that the drive is good at 6 Gbps. awesome! Although I haven't installed anything on the SSD yet but I'm looking forward to very soon.