Play 1000's of games from over 40 retro gaming platforms, or enjoy playback and streaming your media content. Raspberry Pi CPU inside!

Finally had a chance to assemble and test the prototype for the 4-Port USB Hub that will go inside the console. More than a Hub, we're using this custom board as a USB breakout for the Raspberry Pi inside RASPICON, as its onboard USB ports won't be easily accessible from outside the RASPICON enclosure. 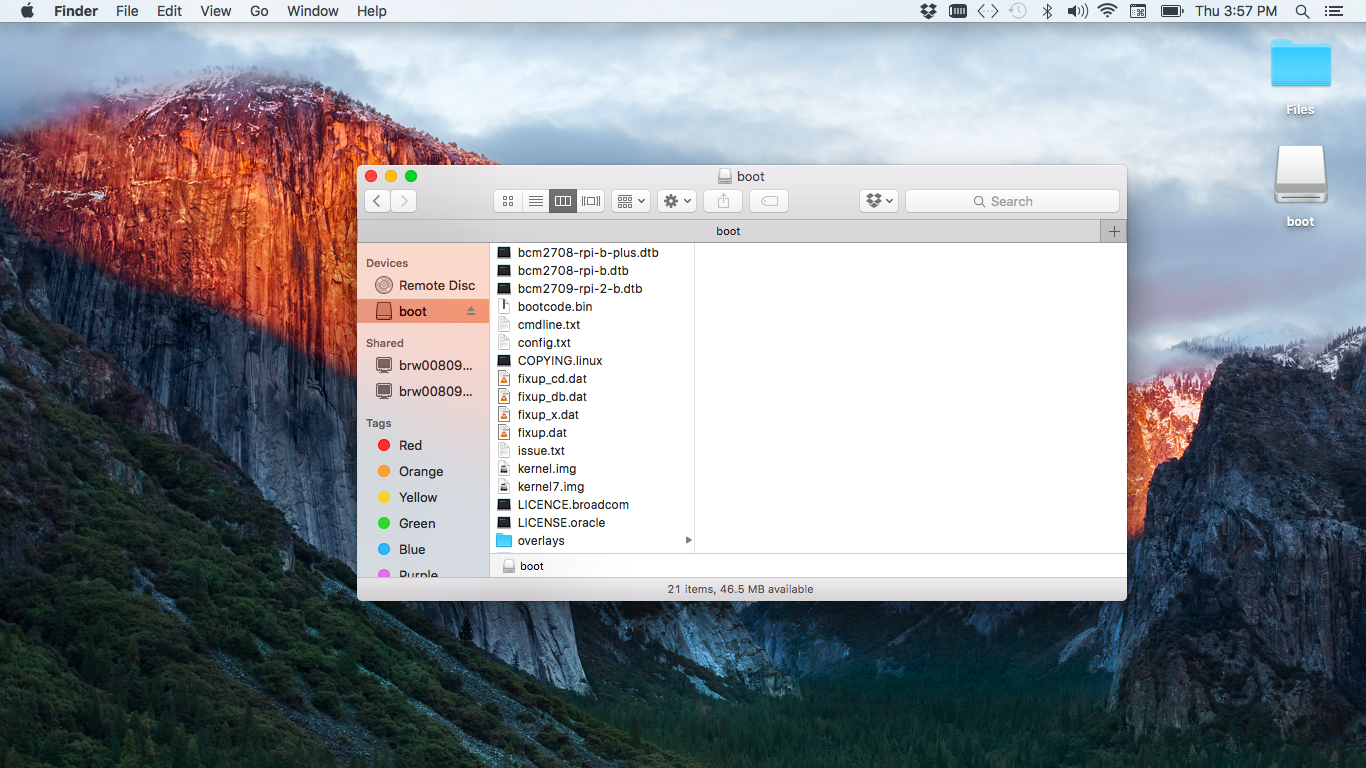 The good news is that it works, and even though we haven't done extensive testing for transfer speeds (a few people online have reported 1.1 speeds on some hubs using this IC), we're happy that the hub is recognized on Windows 10, OS X (El Capitan), and Raspbian (Jessie). 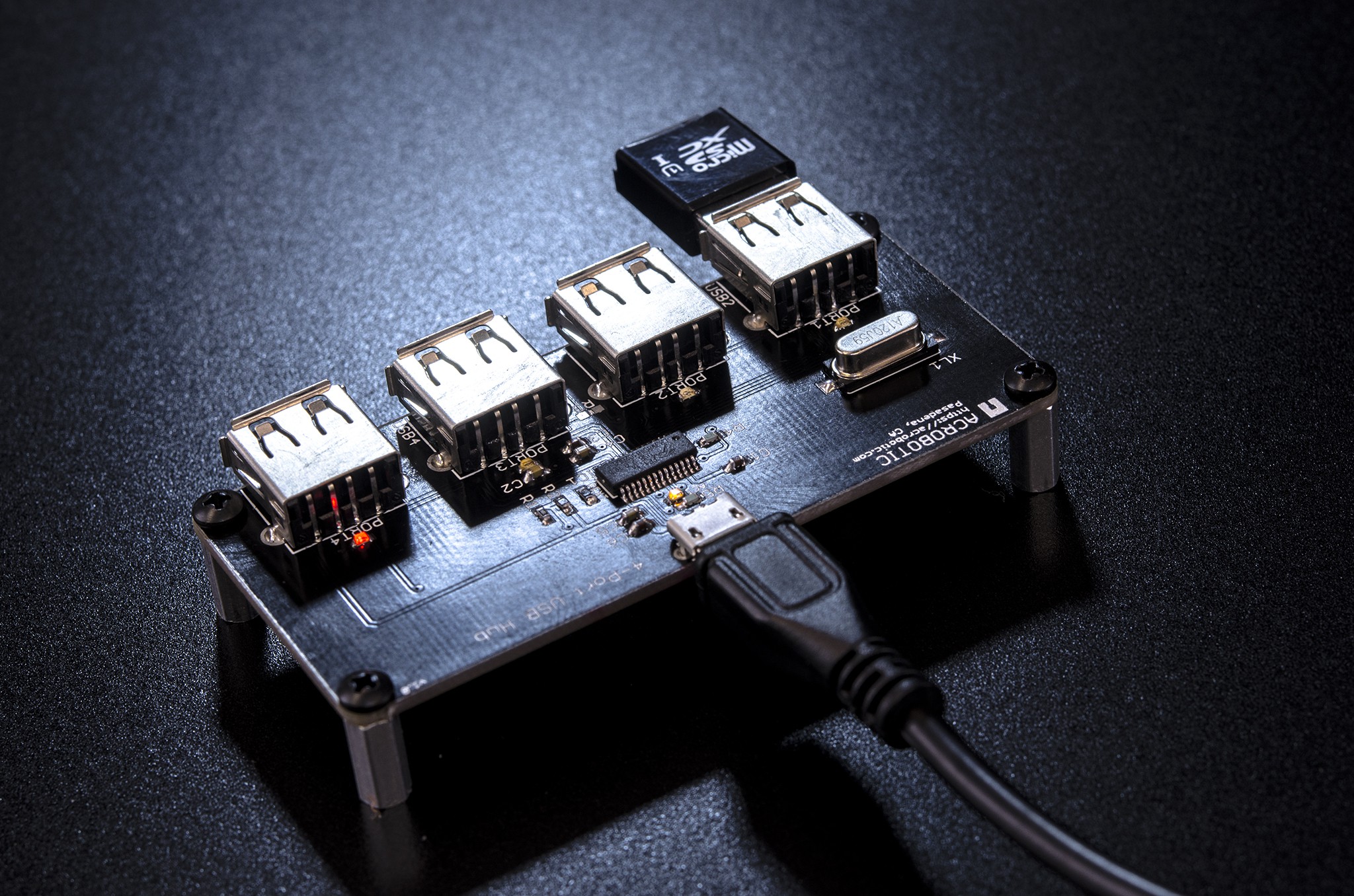 Of course, as with any first prototype of a PCB design we had a few things to correct. The first is the ordering of the LEDs relative to the ports (d'oh!). Apparently, @Cisco 'MakerBro' Zabala was lazy to reposition the USB ports on the schematic and thought he could get away with renaming the parts themselves. Well this is the result: 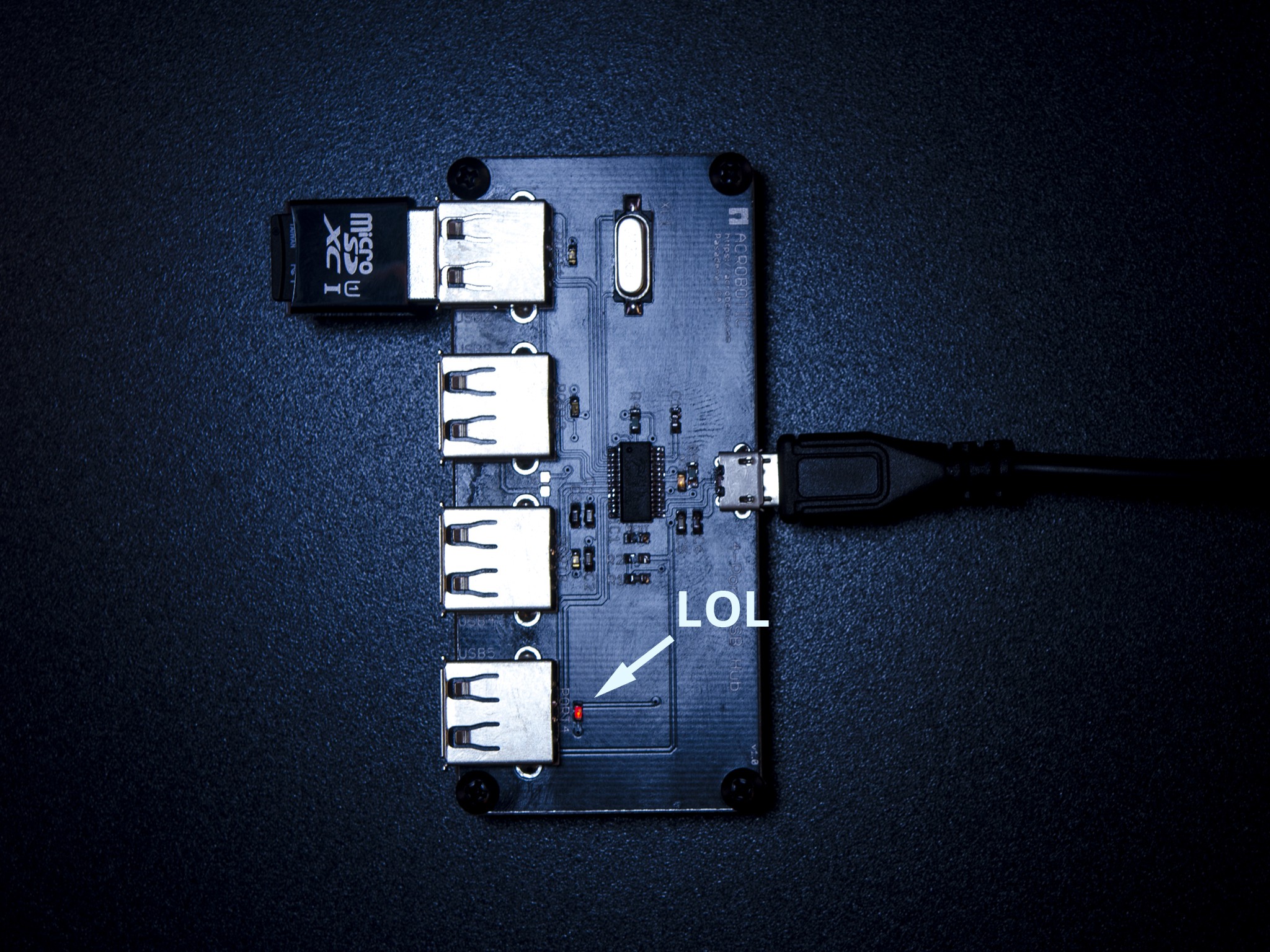 The LEDs for ports 1 and 4 are swapped, as well as those for ports 2 and 3 :) Another thing we noticed is that two of the LEDs do not power at all when a device is connected to the corresponding port. As one would immediately suspect, the LEDs in question are those whose cathode is connected to the DRV pin on the FE1.1s. We're in the process of hooking things up to the oscilloscope and seeing what's going on, but decided to take a break to write this log #procrastination 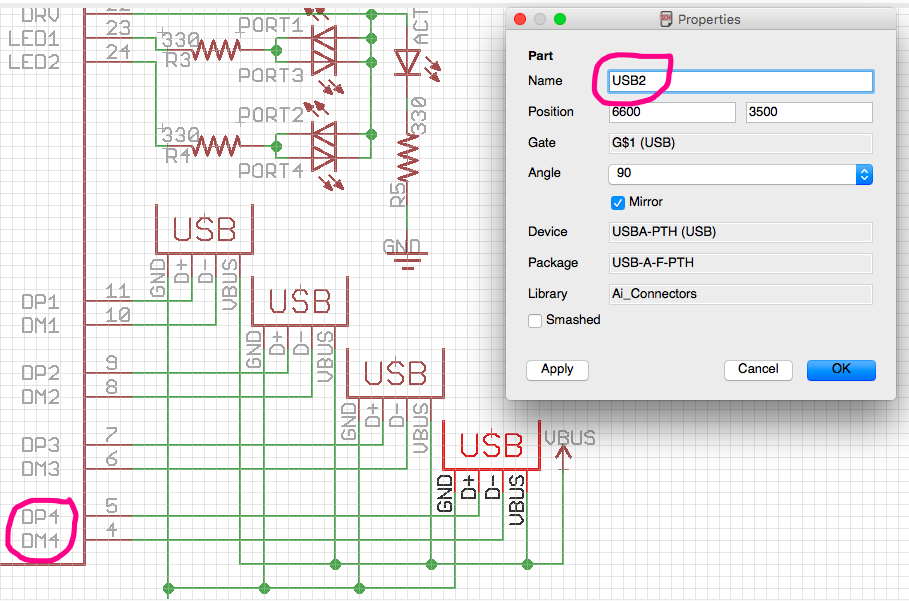 We're also happy to see this design out in the wild, so check out the uber cool version made by [Richard Hawthorn] for the Raspberry Pi Zero (http://hackaday.com/2015/12/19/yet-another-pi-zero-usb-hub/). A few other Open-Source hubs have started popping up as well on this site, so we're happy we'll get to see what works/fails as several people come up with different designs using the same FE1.1s IC. 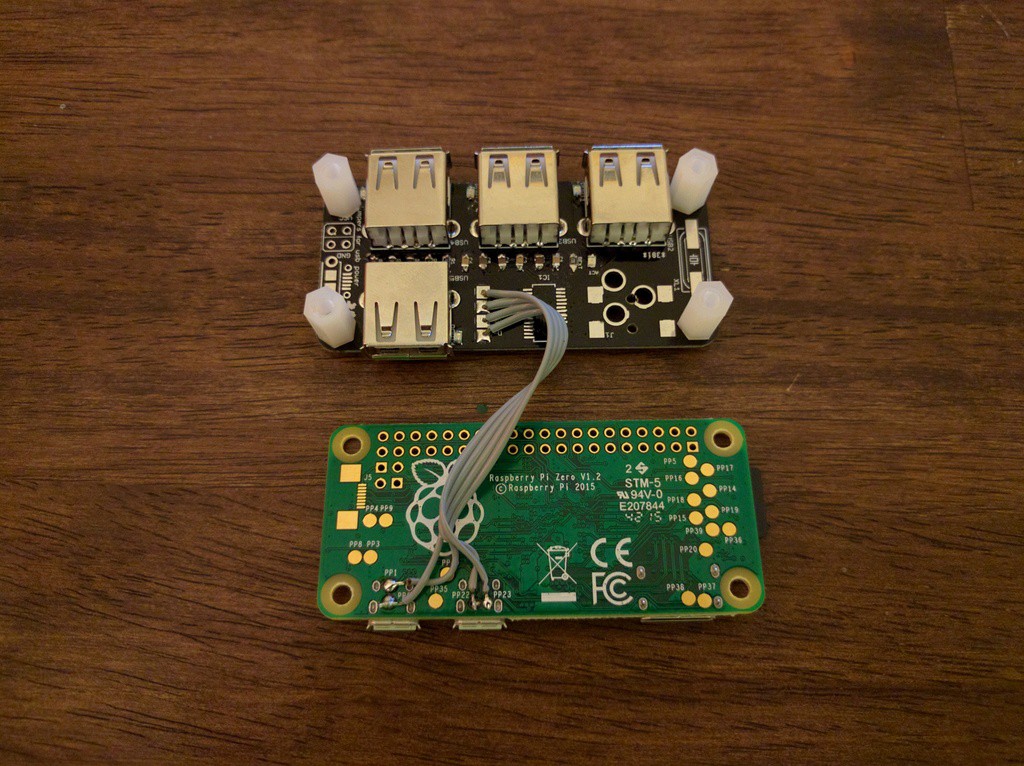 So yeah, we've started asking around to see if anyone else noticed the problem with the LEDs too, as the schematics from a few different projects suggest that our design is okay...