After weeks of scouring eBay for the perfect deal, I managed to acquire a brand new Famicom Power Glove which I will be using for this project from now on! Marvel in the glory that is a recently opened 1989 video game accessory! Having a brand new glove nets me these important features:

There are some 20 odd photos in the unboxing, so I'll spare us both the trouble of posting all those here. Instead, here's a convenient Google Photos album:

A couple neat details to note about the glove after the unboxing:

From the teardown of the previous glove, I didn't expect to find anything really different about this glove, but regardless since it was going to be gutted soon anyway, I figured I might as well share the details with you lovely people right now. There are only a few pics, but if anyone would like any specific detailed shots, please feel free to leave a comment. As Dave Jones would say, "don't plug it in, take it apart!" 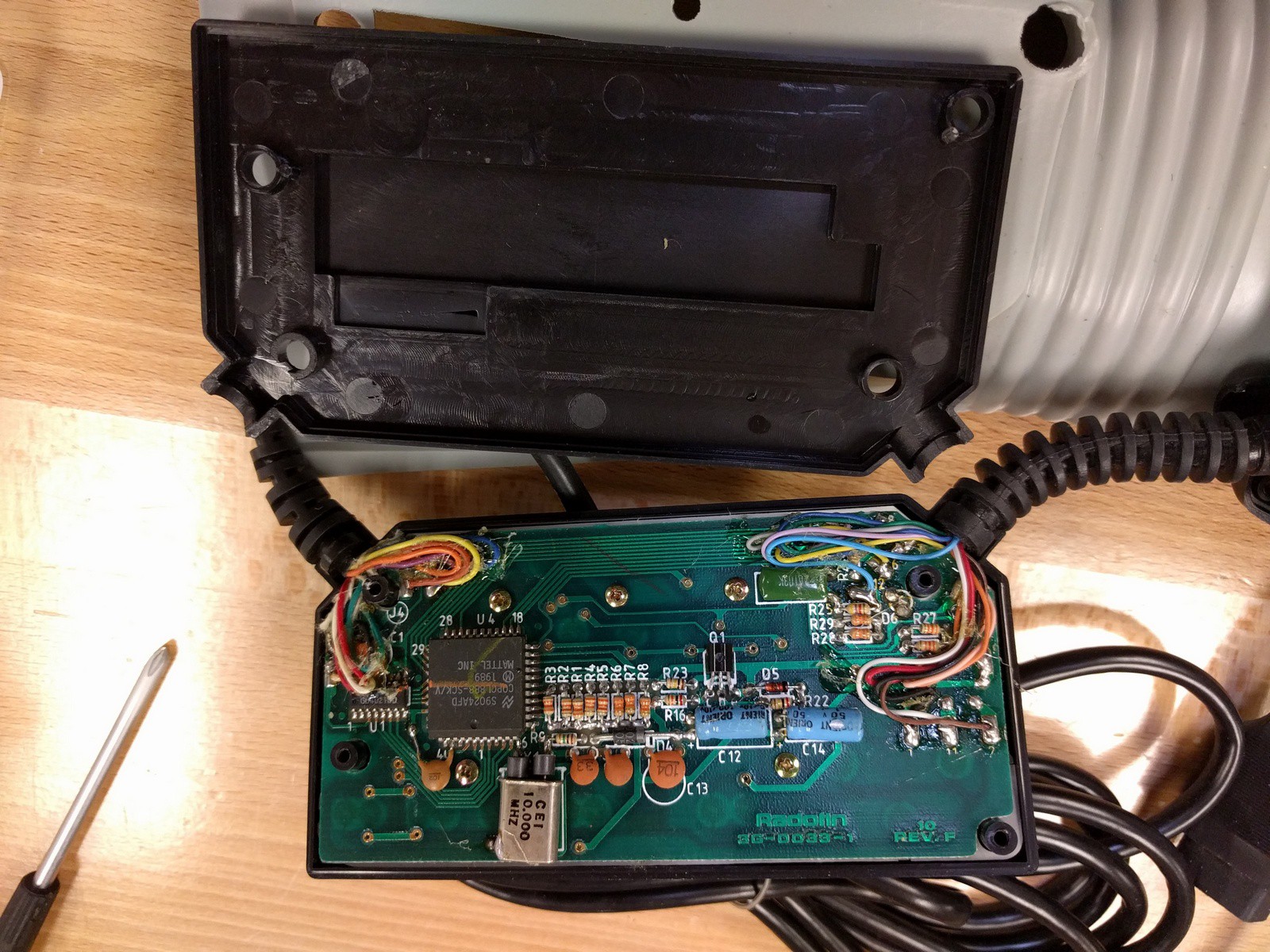 The control board. This one is rev F, whereas the Mattel glove has a rev E board. 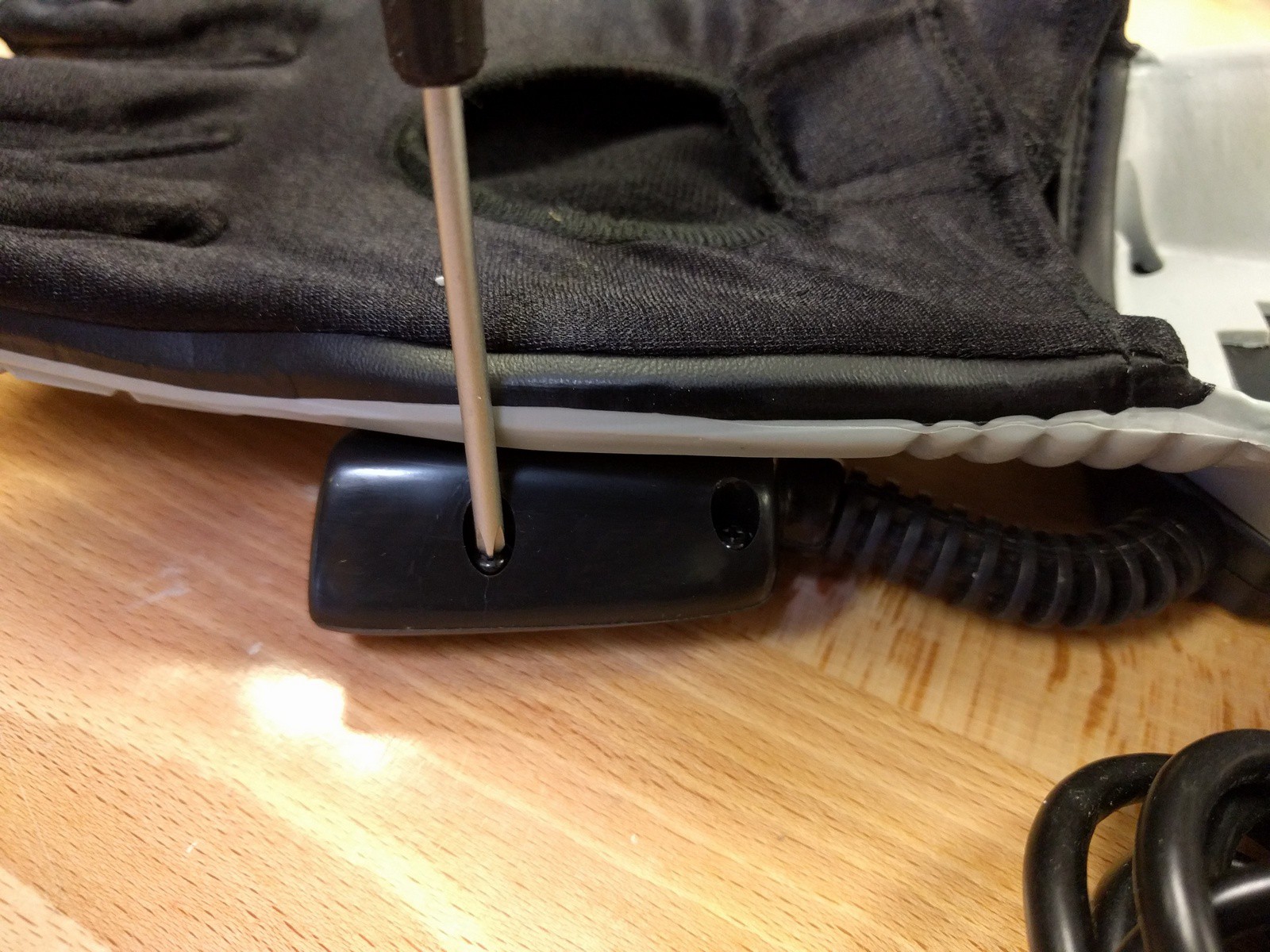 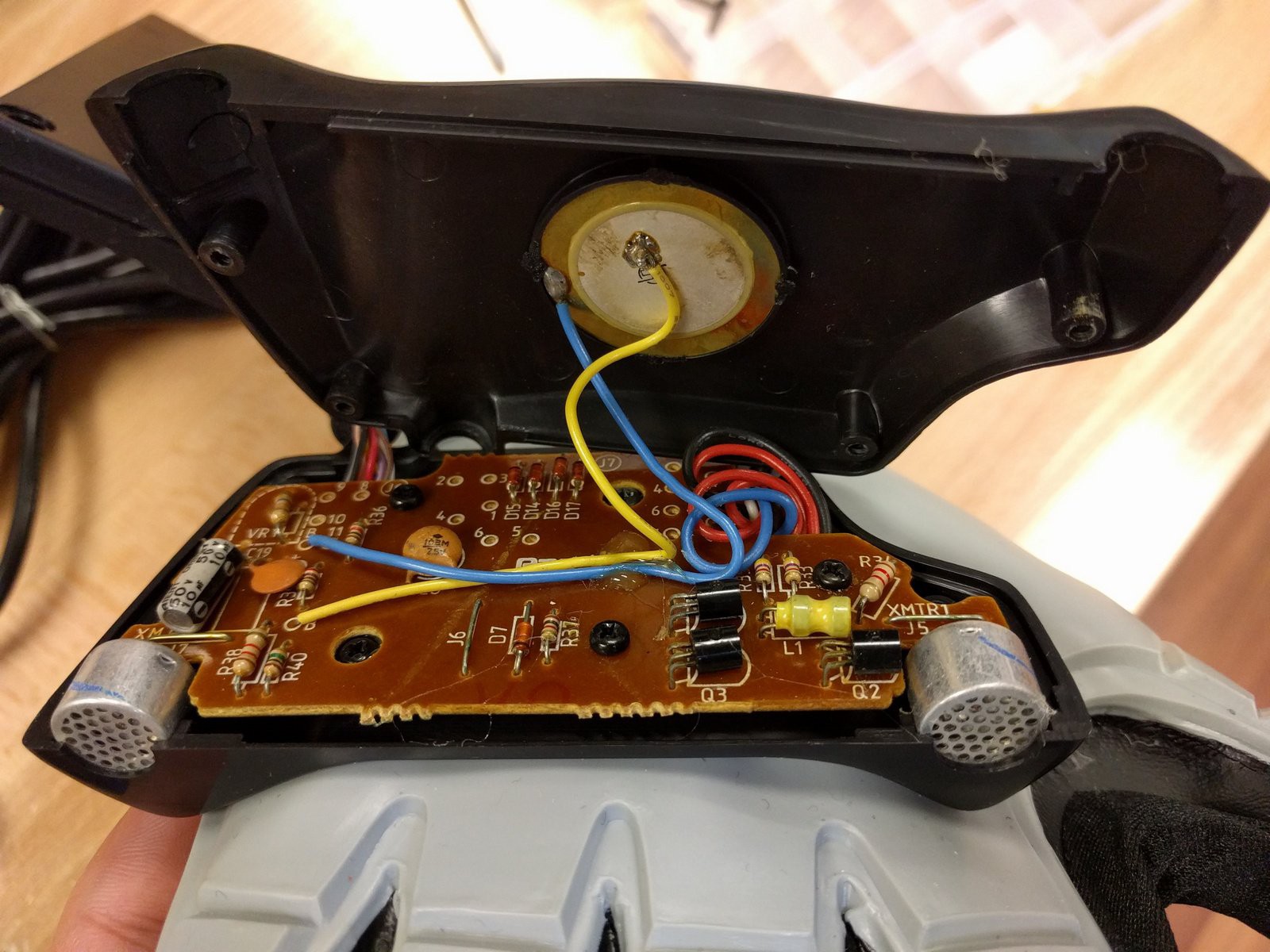 Other than the color of the ultrasonic sensor housings, pretty much identical to the Mattel version under the hood 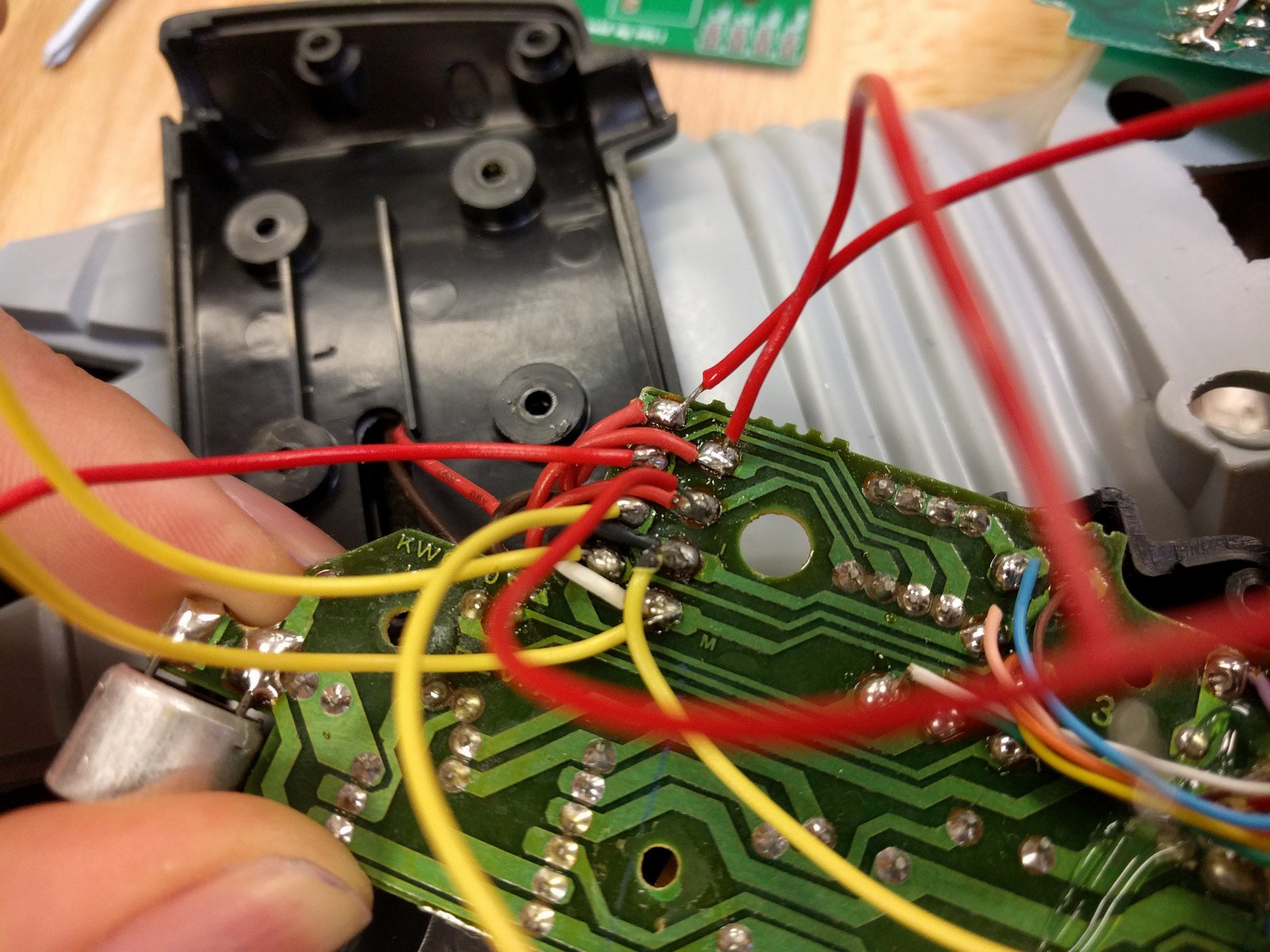 Wires to the flex sensor connections for testing 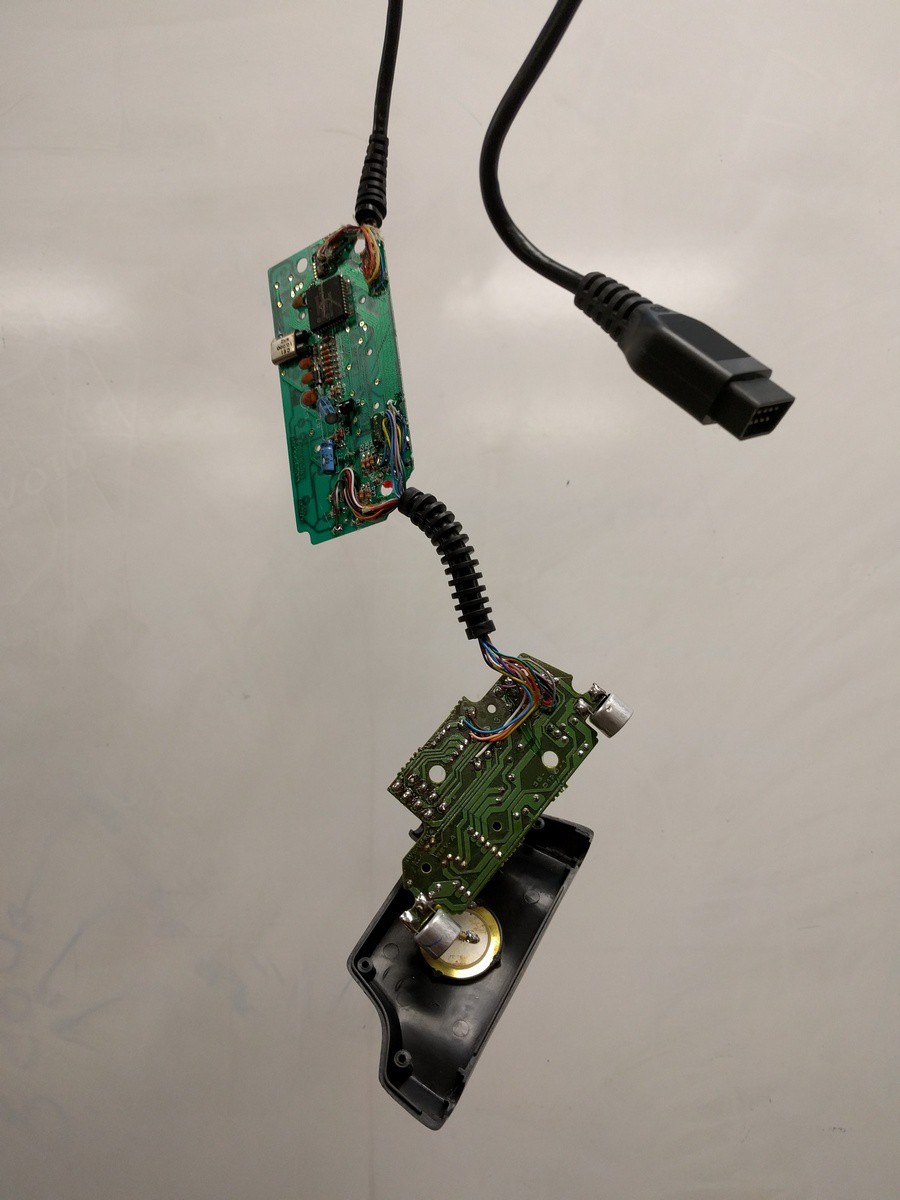 The good news is, the flex sensors seem to work well. There are still some fluctuations in the values, but compared the previous glove's sensors, these are fairly solid and will be useful. Thank goodness, I was REALLY hoping I wouldn't have to cut the fingers open again (though now I can freely mess with the other glove to perhaps find a less intrusive means of replacing the sensors).

Other than that, not too much to note about the components. Next time, we'll hopefully get some boards installed so that some real testing can finally begin!

But, before I go... obligatory awesome shots: 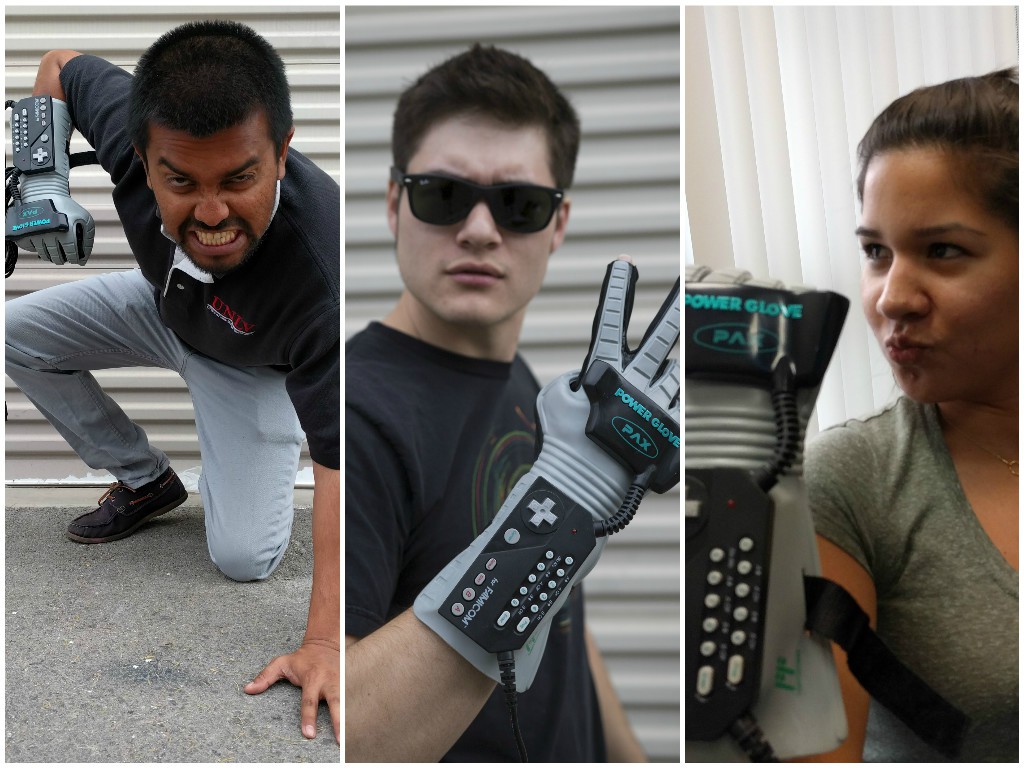 Boards Are In! Let's Put It All Together!