The envelope from OSH Park arrived this morning with the PCBs in it, so I put in half an hour to build a prototype board. 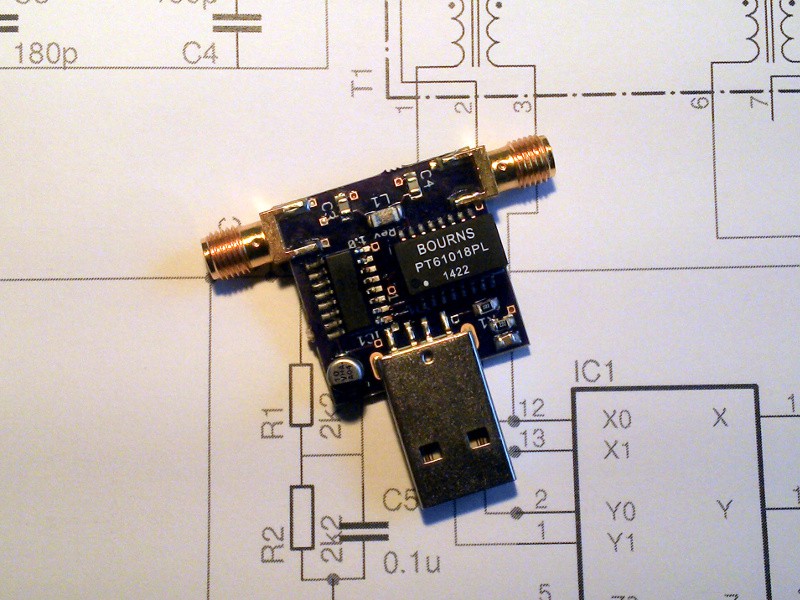 It's not really a challenging build, I was concerned that there wouldn't be enough space between transformer and USB connector but in practice that worry was unfounded. All the chip components first, then the mixer IC, then the transformer, the electrolytic, the oscillator, and finally the connectors. Lots of flux all over everything, but a quick brush with a bit of solvent cleaner dealt with that.

Visual check OK, no shorts, power it up and run the tests to demonstrate it works as required by the competition rules.

First test was into the RTL-SDR plugged into an Android tablet, pulling in Radio China in the 13MHz band. Probably wasn't transmitted from China, but hey, it sounds impressive.

Second test was with a laptop, the RTL-SDR, and SDRSharp. Here's a Croatian radio amateur on the 20m band.

The antenna in both cases was a longwire.

So there you are. Prototype built, and demonstrated as working.