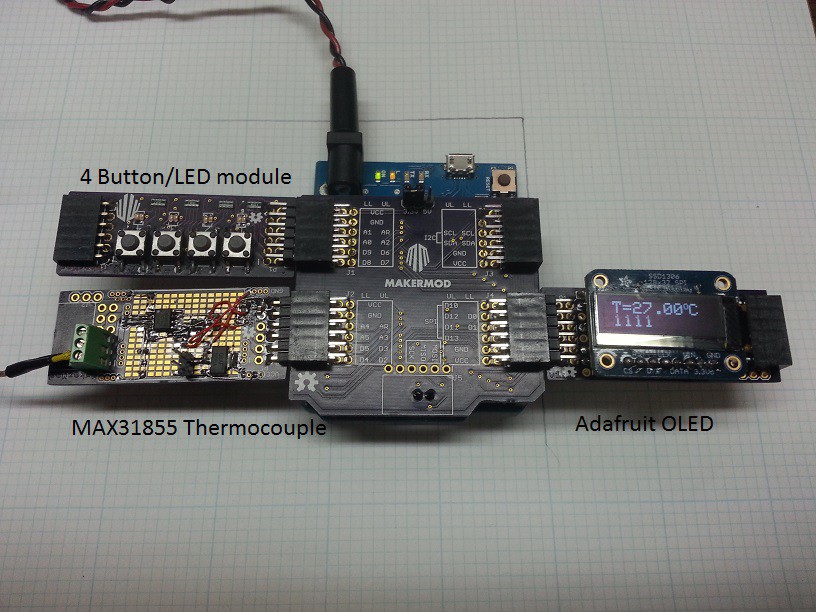 Using the OSHW schematic from adafruit for her MAX31855 Thermocouple breakout board, an SPI OLED display, and the MM4IO v1.0 module, I put together a small Arduino project to test the usability of the system and test out the first prototypes.

I was ab;e to use the libraries for both Adafruit products with no modifications. One of the many goals of this project is to use existing OSHW modules from other fantastic electronics vendors and simply repackage them into the common format. This means I don't need to write new libraries for every platform.

Doing this project I did figure out the IO module just wasn't going to work the way I wanted it to. Here's the schematic for a single channel of the v1.0 board. 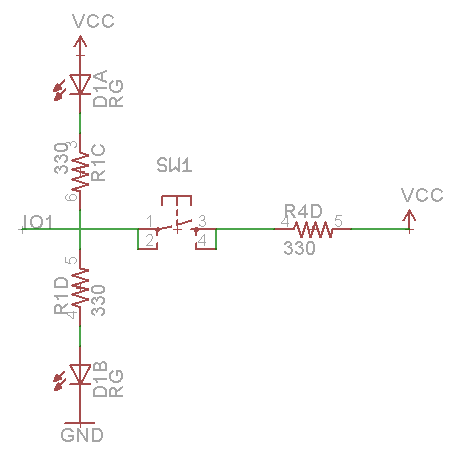 The idea was that a pin in input mode on a host board would keep both LEDs off until you pressed the button, sending VCC to the host and turning on the green LED for that channel. An output from the host would light the red LED for logic low and the green LED for logic high. (In the schematic I am using a dual package red/green LED. Red is the A LED and green is the B LED) The 1.0 version had enough current to lightly illuminate both LEDs at 5V VCC, and logic inputs to the host just didn't function. I also had the wrong footprint on the LED, so the later versions update this as well.

Here's the new v1.2 board schematic to show the difference. 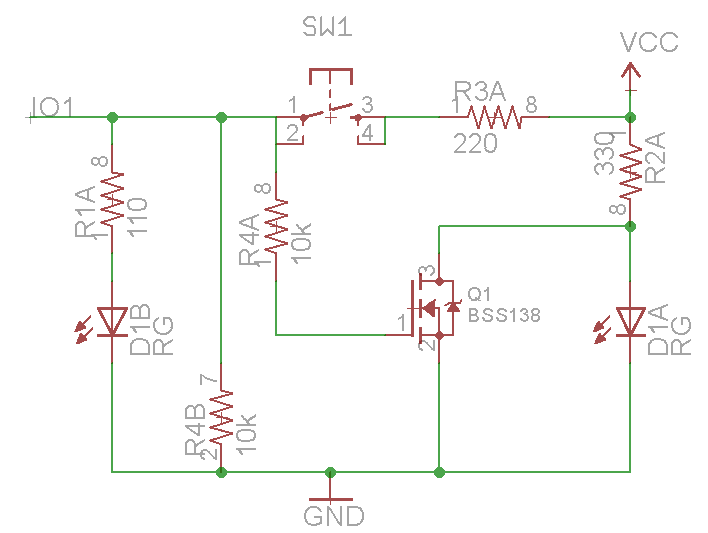 Version 1.2 has a transistor for the red LED, and attempts to balance the resistor values, but the green will be brighter than red in output mode. It works on the bench (See the end of the overview video), and I am happy with the layout.