Inspired by this did started to think about small alphanumeric displays. Most of them are old and obsolete and because of that quite expensive. But you can get more modern 14 segment LED displays. I decided to use six digit one like this:

Here a picture of the PCB design:

I did sent this PCB to osh-park. And got them delivered as you can see in the next picture: I did also soldered one. I do not know weather they are working, because I did not code any software yet. This and probably some hardware debuggnig will be the next step. More information and progess will come soon. 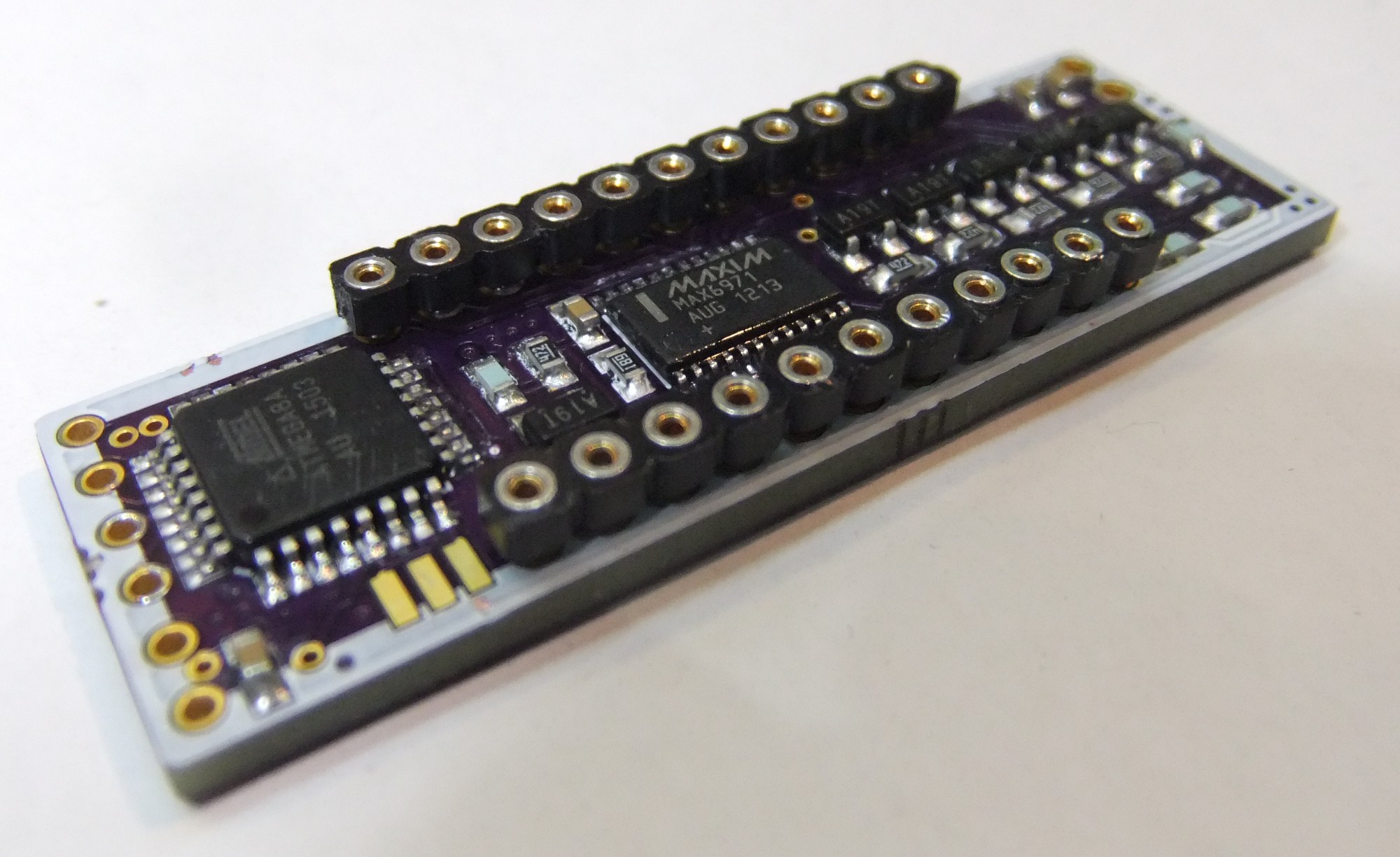 What's the gray thing around the edge of the PCB?

I not sure what you mean. But there is white silkscreen frame on top (side with the ICs). This frame is mostly to hide the pruple PCB on top side.

Amazing! Congratulations for the build. Just loved the PCB!

The display module looks sweet. What is that? I tried to search for JM-S03961BH-001 but no avail.

Oh crap, the shipping is way too high and the modules itself aren't cheap either. There aren't much sellers of this display, so I'll probably wait a bit until it gets cheaper.

I did pay 2.6US$ each and the same for shipping. I did bought them here:
http://www.aliexpress.com/item/Six-Alphanumeric-14-Segment-LED-Red-common-anode/32319856281.html

But they are no more available. This could be because of chinese new year next week.
This should be also the same display:
http://www.seeedstudio.com/depot/Six-Alphanumeric-14-Segment-LED-Red-p-1990.html

Oh, that's much better, thank you!

Right, seeedstudio was the link... damn. But the picture is exactly the same, maybe that's what confused me!

woahhhh. By the way I got some more of these displays :)

I have an unnatural attraction to vintage, rare, expensive, obsolete displays ... so naturally I decided to buy a bunch!
Project Owner Contributor