Eventually, someone will make one even smaller. Please let me know when this is no longer the World's Tiniest 4x4x4 RGB LED Cube :-(

It rolls down stairs alone or in pairs, it's cube!

is the code for your tiny cube,the same as the charlieplex code thats given for the bigger cube? if i buy a pcb board and build this will the code go straight on a 328p?

I had to add bit inverts to the original code because my LEDs are common Anode instead of common Cathode. And I created some new effects, but code works pretty much as is.  This is the code I use to shoot the video.

Hi,so if i build the cube,and upload this code will it work as is with common annode,is everything changed to work with the leds u used inverts added etc as i cant code,ime learning and will not be able to do the updated invert bit parts if  this code needs sorting could you be so kind as to do it for me and repost,ime going to try get the same leds from where you got yours.aliexpess was is i did see a link some where,i realy want to build this,i love led stuf ive allsorts of led gadgets.

This is a reply to you asking if I would help you with the code if you run into problem building a cube...

I think it would be cool to see you and others build tiny cubes.
However, I can assure you that I will NOT be able to help you if something went wrong. Sorry... :-(

Hi thats fine just wanted to know if the code matches the pcb board as is,ive both codes so one should work on the pcb,? oh ile post pics when its done,wont be for a few weeks as ive to get the board made and that takes a few weeks or months i beleve,build wont be a problem,i can solder a grain of split salt lol cheers

yours is way cooler though,;-)

That's not in the same category.

It is only 3x3x3 and single color.

Mine is 4x4x4 and RGB muahahaha! lol

yes i know,i did realise after i put it on lol i was just thinking of size,then thought not fair realy why not try rgb smd ha ha

Hi some one made a cube from smd leds the tiny ones,thought ide let you know as you asked us to tell you if we found a smaller one but i defo saw a smaller one than that it fitted on ones thumb if i can remembr made by the people the make sd chips,they have the machinery but you can claim hand made,ime sure ive pics ile dig it out ;-)

This is so freaking awesome!

I saw that you've built a Charliecube as well.  I'm still amazed how a it's all done without shift registers!

Cool enough to make me get off my butt and get on hackaday .  Seriously small solder work there man .  Looks like you laser cut the solder jig too . Nice.

Thanks Scott.  It is crazy small. I've gone through several iterations of laser cut jigs.  I'll share more when I make a video.  I've proven that I can make the LED pillars.  The next challenge is how to wire the charlieplexing under the PCB.  It was a nightmare at normal scale...  After brainstorming at my local makerspace, we came up with two possible solutions: 1. Custom multi-layer PCB.  2. multiple layers of lasercut "plates" with holes to thread the wires. 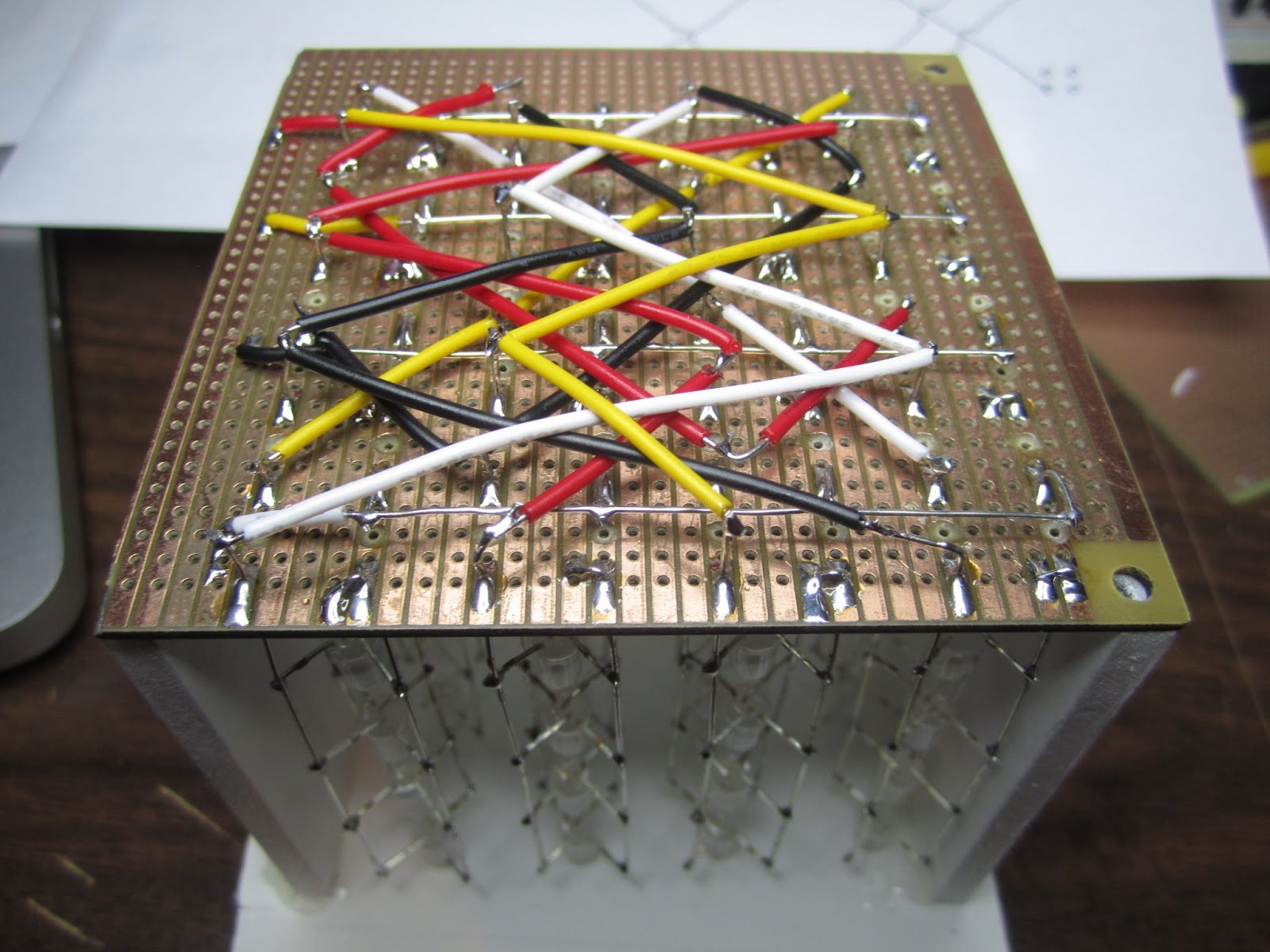 Hah, very nice!  Did you source your LEDs from eBay?  I have some similar PLCC-4 ones that I got for next to nothing... way cheaper than similar from Digikey or Mouser.

I recently discovered AliExpress.  Same slow boat from China as ebay, but often even cheaper than ebay!?
I've added link to these LEDs under Components if you're interested.

Nice, I'll have to try them out some time.

This is a 8x8 WS2812b NeoPixel LED matrix that is completely flat surface and has the same 1.6mm height as a normal PCB
Project Owner Contributor

64 LEDs makes up this 4 by 4 by 4 cube, controlled by an Arduino Nano LED can be addressed individually in software, enabling it to display
Project Owner Contributor