Metronome for drumers. Using light instead of sound 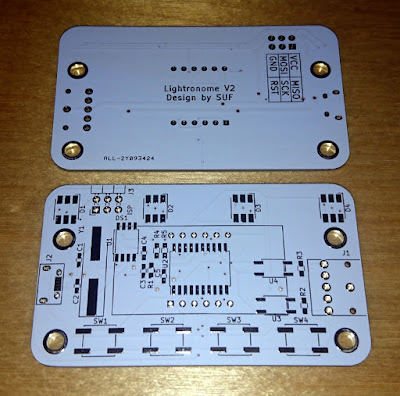 Built it once more.
There were some numbers on the display, but it didn't work as expected. I realized two more design errors:

Rewrote the code for the display, desoldered the LEDs and added new ones rotated (those LEDs are unable to withstand the heat fro the heathgun)
Now it is working as expected.