The Explorer 1 nose cone was fabricated from a plastic doll cone form, with the top cut off and half of a DIY Christmas ornament of the right size glued into the top. The flexible cone was fitted onto a pipe section to force the cone into a circular configuration. This was very stable when coupled with the circular joint between the cone and the Christmas ornament half. This allowed the nearly final shape to be stable enough to be fiberglassed in place, giving the nose cone structural integrity. This was joined to a small section of standard 6 inch PVC pipe at the bottom. The nose cone was finished with automotive body filler, then sanded, primed, and painted. 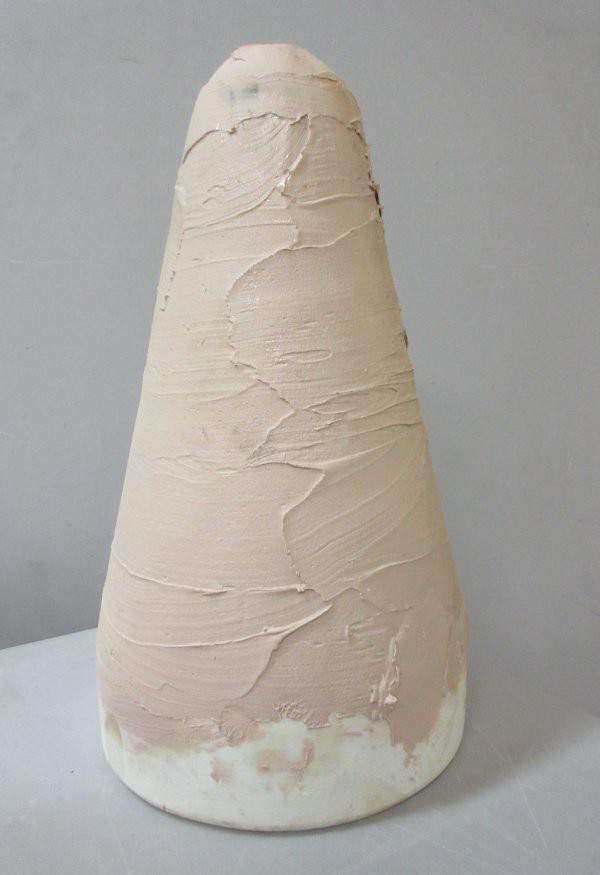 A mounting collar was made by fiberglassing the interior of a section of 6 inch PVC pipe, prepared with mold release. The resulting fitted cylinder was then driven out and became an insert of exactly the right size. It was attached to the inside of the cone, in the lower standard PVC pipe section, and allowed mounting to the body, also made of the same standard PVC pipe. 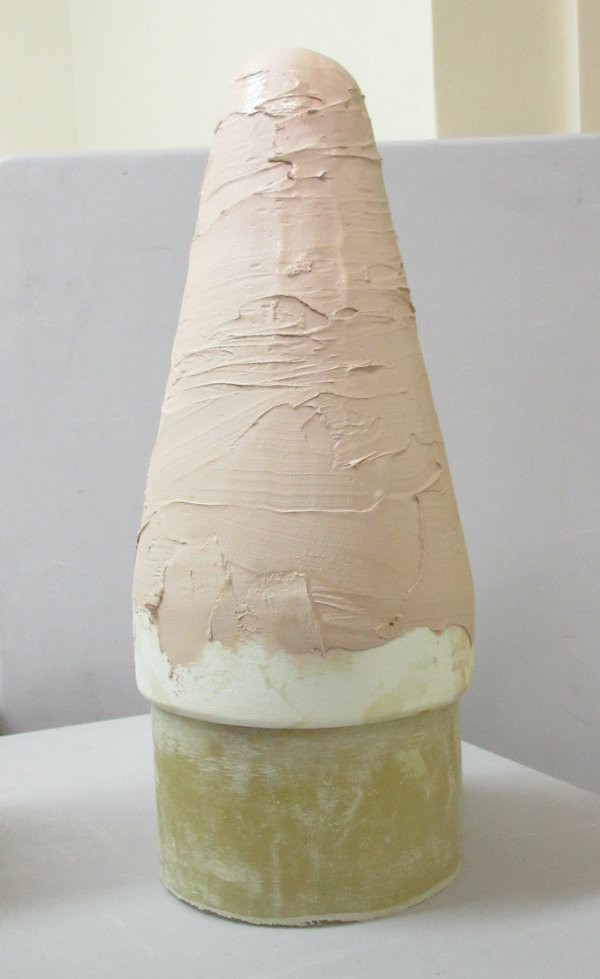 Painting required a mask to produce the patterned white and stainless steel coloring of the fore section of the satellite. 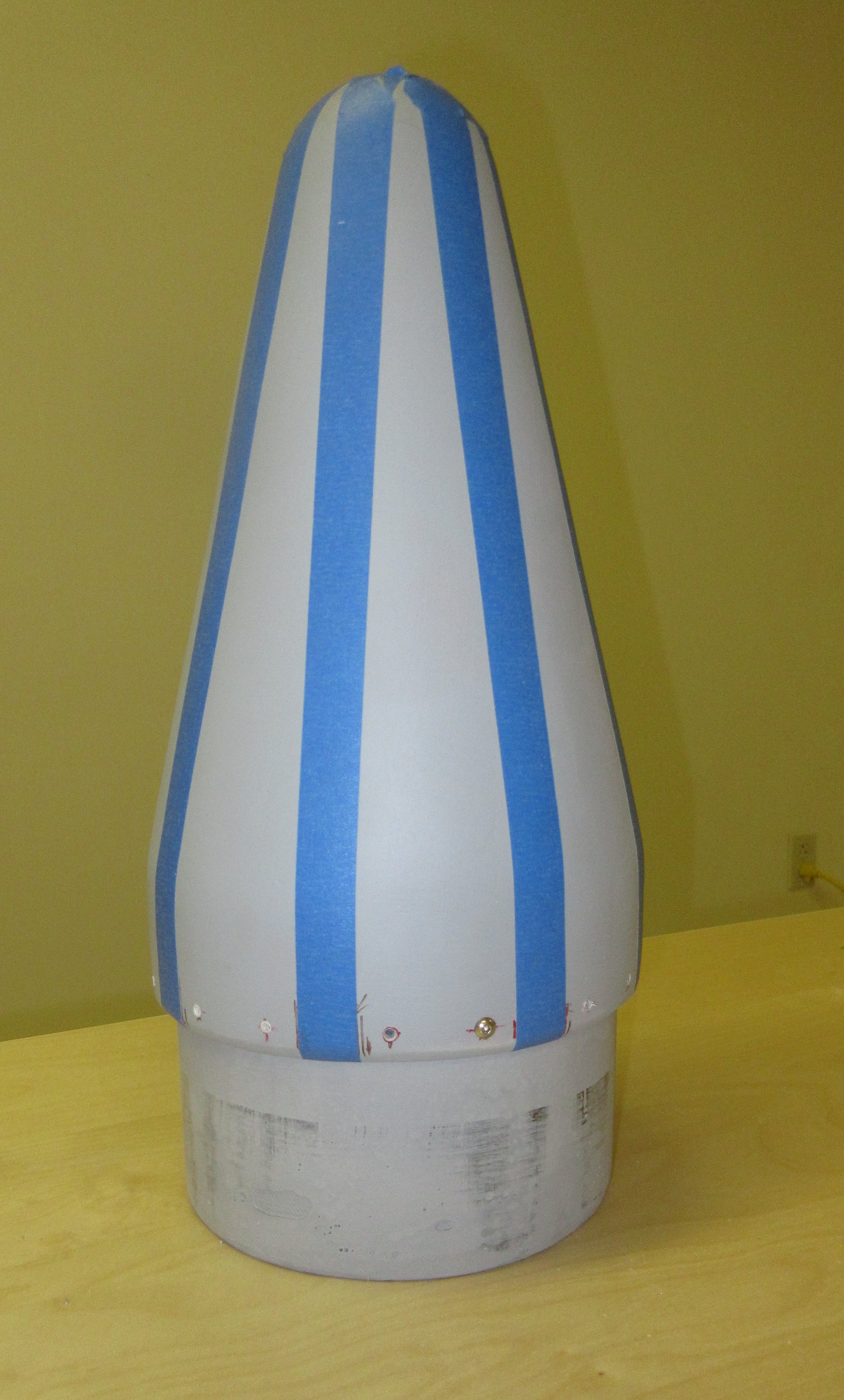 Holes were drilled and tapped to take screws in the locations shown in historical photos. The screws help to secure the mounting collar, though that is also affixed with adhesive. The mounting collar does not go fully into the body; rather it is left with a gap to represent the fore fiberglass slot antenna of the original. It is therefore painted with a color evoking the Bakelite of the era. 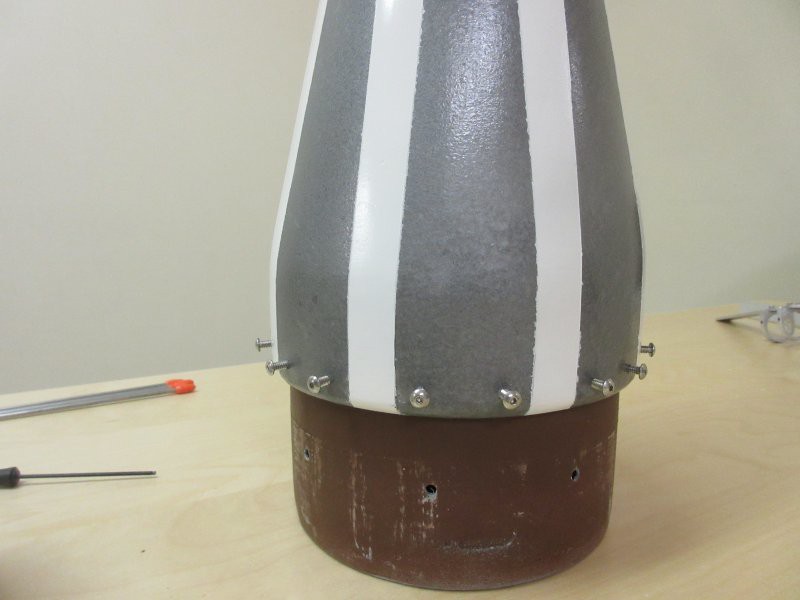 This is in fact a hack