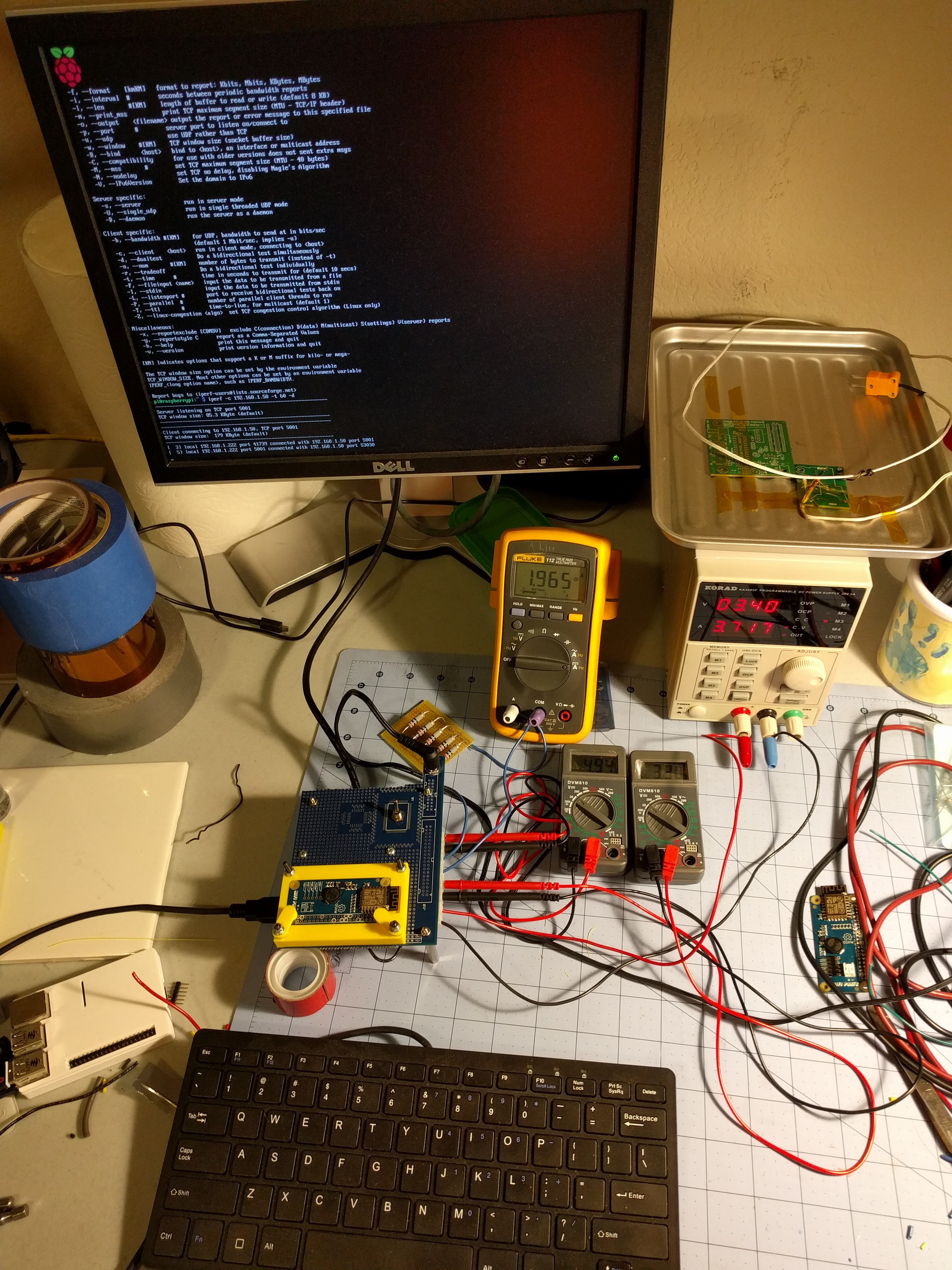 The test jig / bed of nails is coming along nicely. I OpenSCAD'd a mount and retention clips for the DUT, and with some filing and drilling out the PCB the DUT and pogo pins line up reliably and the DUT stays put. A choco-block terminal strip connects to the PSU and lets me clamp to the disposable DMM probes. The DMMs need test leads with an odd mini banana plug, so rather than trying to make custom cables I just clamp the probes in the terminals. They're used only for voltage measurement so this is fine. Some more drilling, standoffs, and a power jack for separate power to the Pi A+ round out the fixture.

The output load is simply 8x 20 ohm power resistors in parallel for 0.4 ohms which gives 2A at 5V. They get a little toasty but don't seem to need active cooling.

A few bugs to fix in the next couple of days:

I'm seeing much higher voltage at the DUT for the input than at the fixture's DMM, so I'll try doing the Kelvin sense thing and run separate wires from the terminal block to the pogo pins for the input rail. Unfortunately there's only one pogo pin feeding the input to the DUT so I'm likely not going to see the actual voltage unless I redesign the PCB with a dedicated test pad for the input.

Also, the regulator is getting excessively hot, moreso than when I've tested it on proto builds. Most of the heatsinking is done with vias to the ground flood on the back, and my design for the mounting frame has a solid fill behind the DUT except for where the pogo pins are. I'm currently reprinting this with much more area under the part exposed and a little vent towards one side in attempts to let the switcher cool naturally.

The resistor load is working as planned, except it's just below the 2A point I want to test due to wire losses. So I might add another resistor in parallel to get closer to 2.25A which should make for sufficient testing margin. Easy enough since I've got a big bag of spares.

I drilled holes for three standoffs to support the fixture, but realized I located the pogo pins too close to an edge for one of the corners. Need to find a dowel or something to hot glue there.

I put a toggle switch from my junk bin on the board so I can shut off the Pi between DUTs, but the switch is flaky and cuts power at the slightest touch. It's shorted closed for now, but I'll eventually get a replacement.

And a final mistake that should have been obvious: I am seeing lower throughput on WiFi than on my proto builds. I don't see this when using the same DUT carefully held on a Pi's header, so it's likely the fancy recycled perfboard I'm using with the ground plane restricting the signal. That's ok as long as I'm seeing consistent behavior between units. 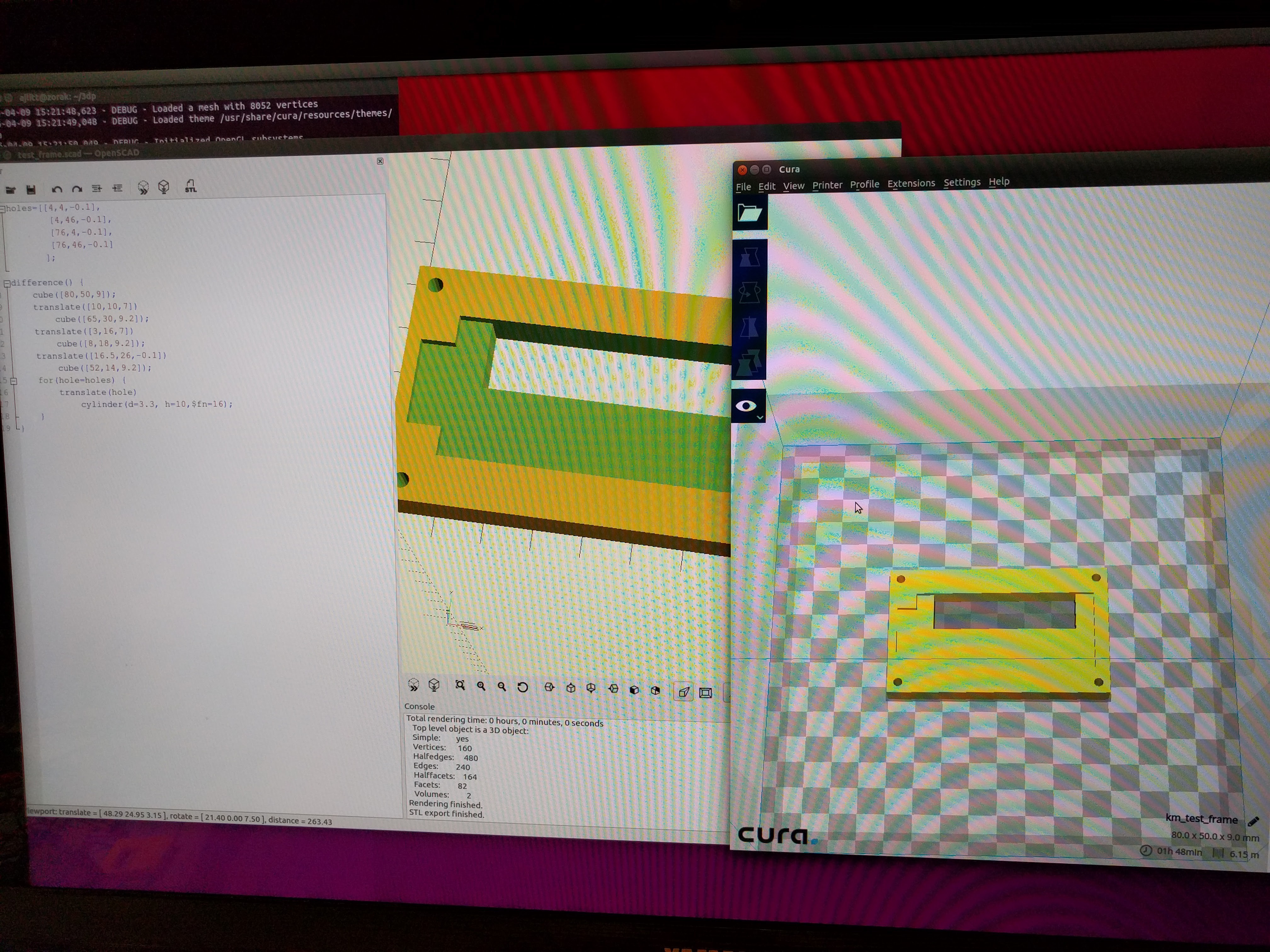 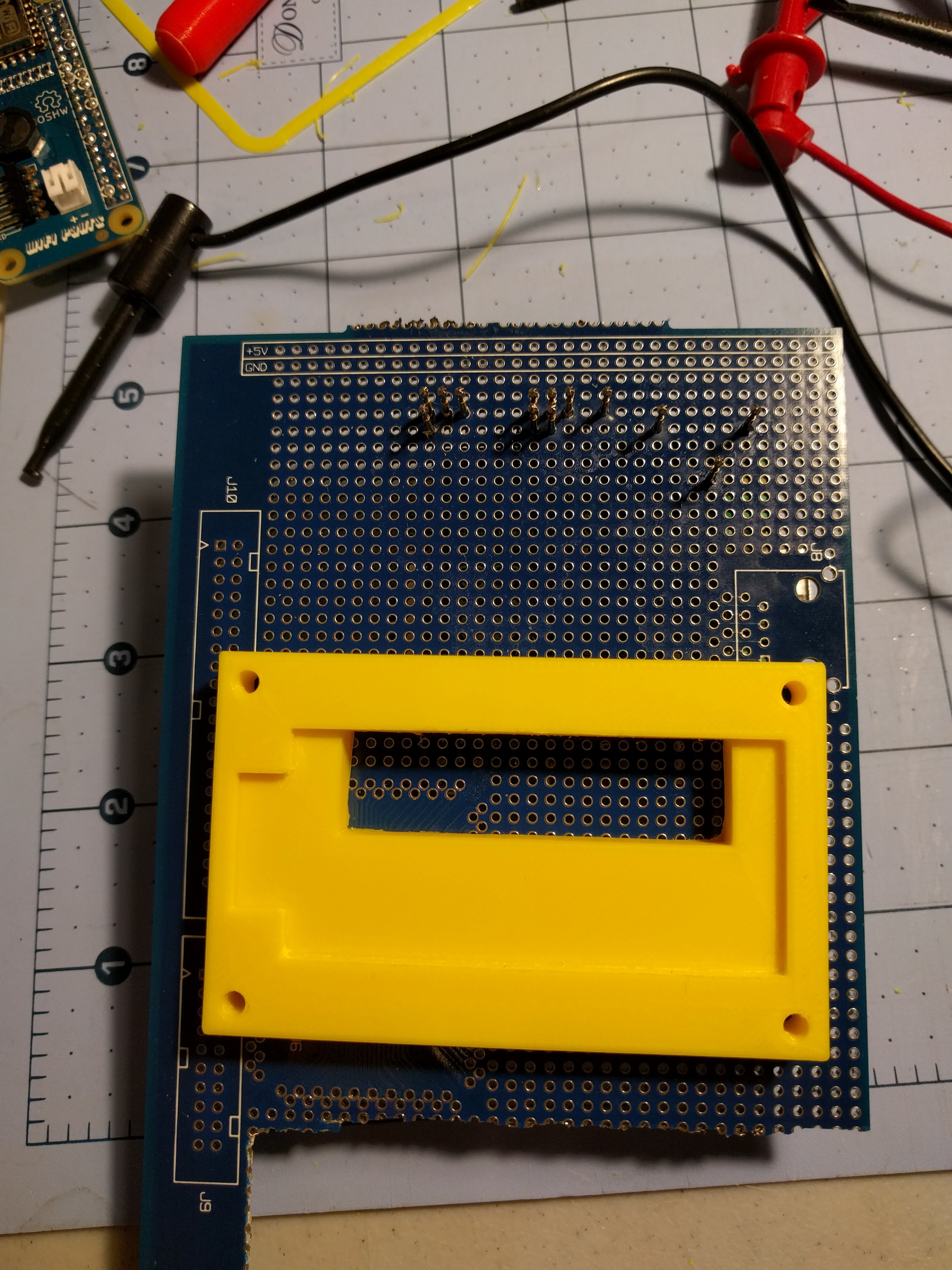 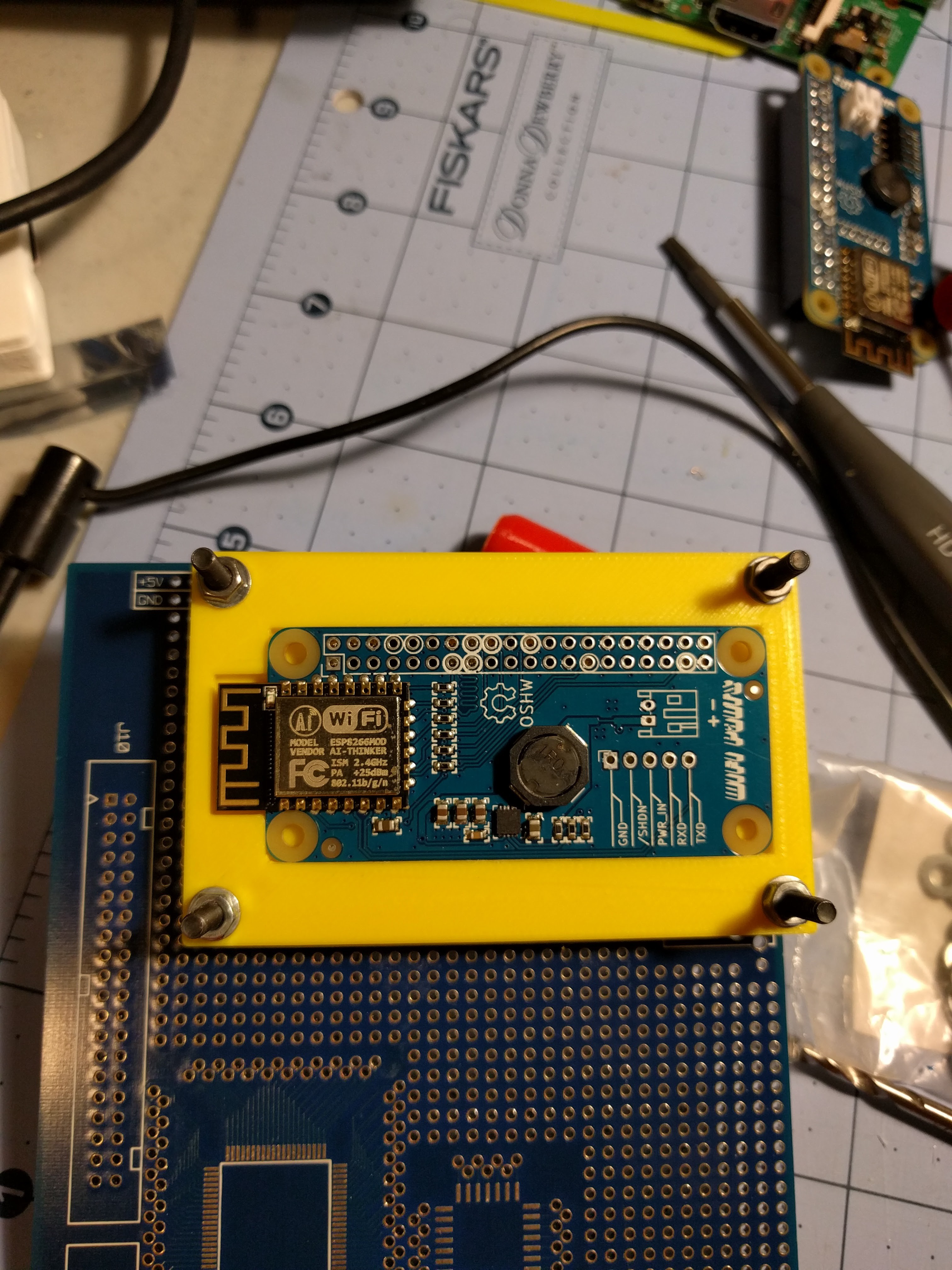