A digital 24 hour clock using only relays and diodes for the counting logic.

This is a block diagram of the different functional blocks in the clock. 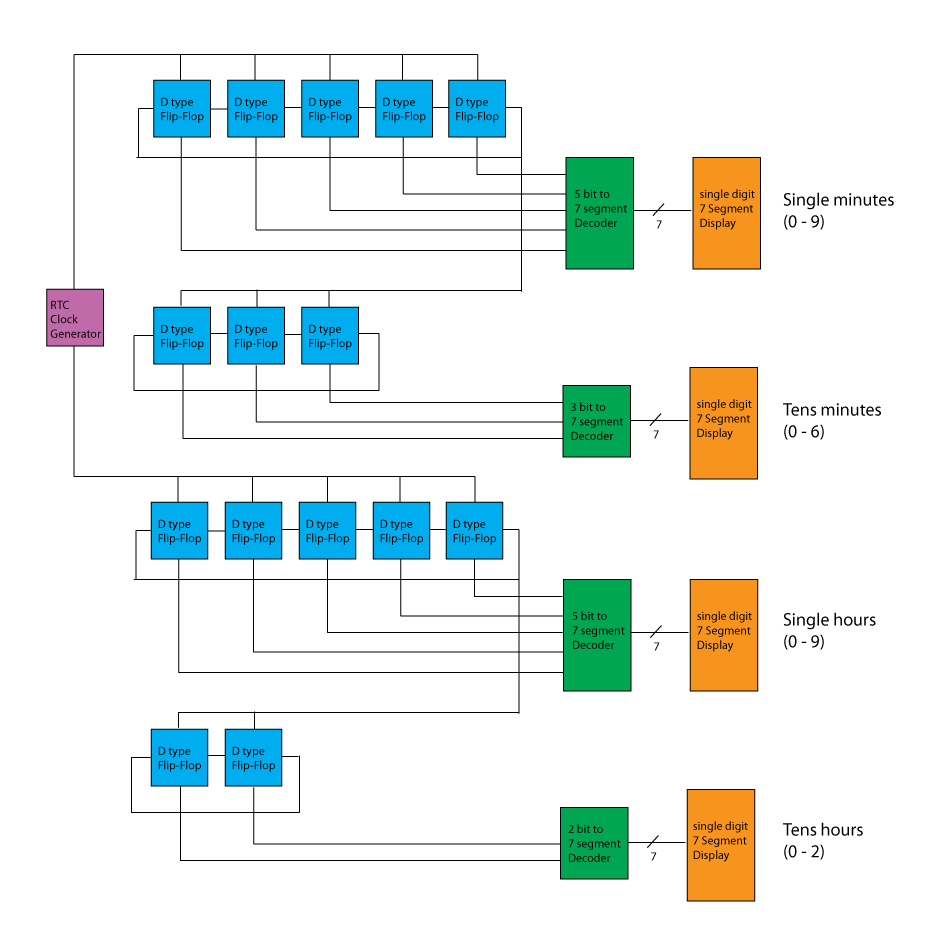 The design of the counters and the decoding circuitry closely resembles what can be found in a 4017 chip. The following was taken from a datasheet. Minus the two AND and OR gates at the top it is the same. After decoding from 5 bit to 1 in 10, it is further decoded to 7 segment via an array of diodes (not shown here). 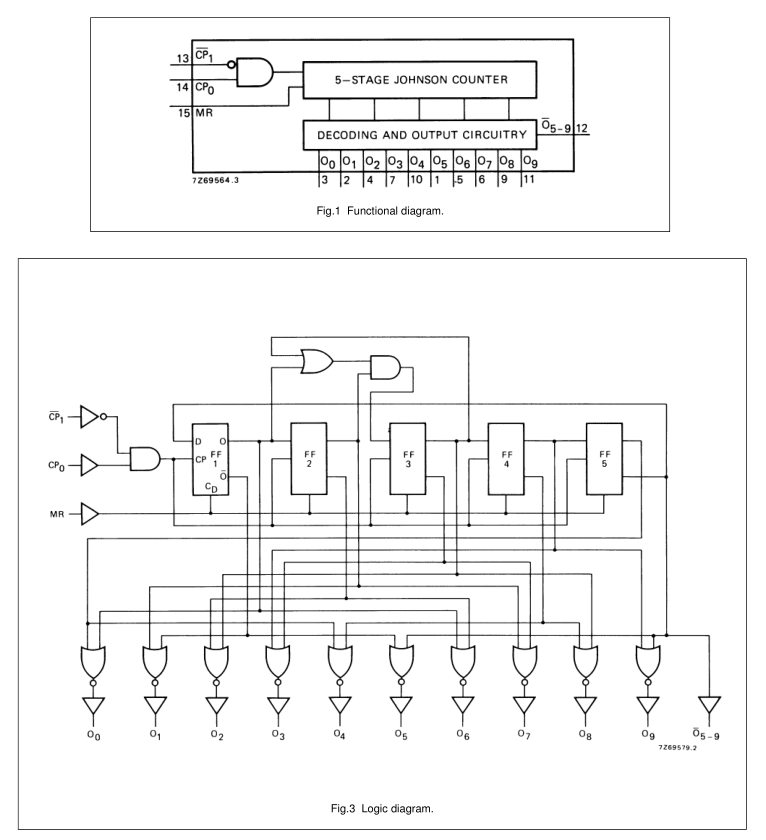 This is a front view of the partially completed clock and shows the layout of the different functional blocks. The four decoders and seven segment displays are not yet mounted in this picture. The MDF board is just a temporary frame to hold the parts for assembly and soldering. Once everything is finished, it will be transfered to a 6mm clear Plexiglass sheet with only the holes for the screws drilled. The large cutouts in the MDF are for easy access on the back for soldering and will not be present in the final Plexiglass sheet. 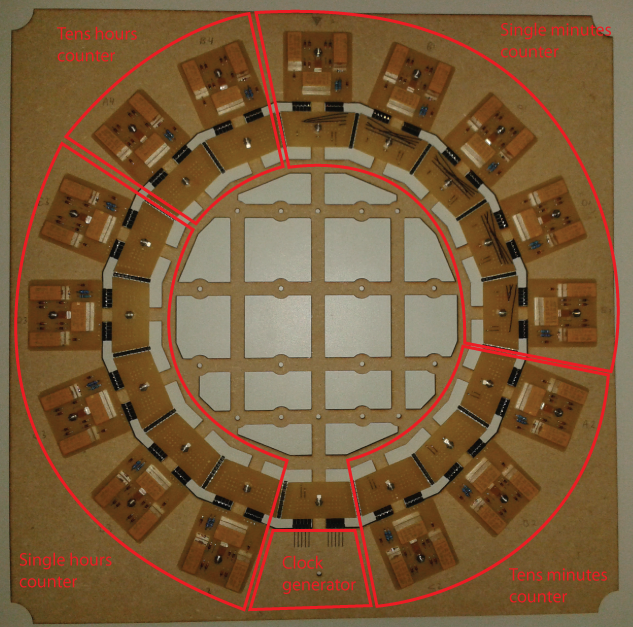