Today I decided that the first PCB was good enough to try to solder it. I know I have to order new PCBs but I want to be sure that I removed all the blunders...

I started from the power supply, populated the analog parts then the ICs. This allowed me to locate a short between two pins of the '157 which drew about 50mA...

Without the digital parts of the left, the circuit draws less than 200µA. This increases to almost 2mA with the status LEDs on. In particular the green LED draws about 1.2mA and is not very bright, I must change it... I suppose a recent µC could draw less than the discrete gates but at least it's reasonable and quite convenient :-)

The circuit still works rather well under the 3V level. Some parameters change (frequency, brightness) but not significantly. 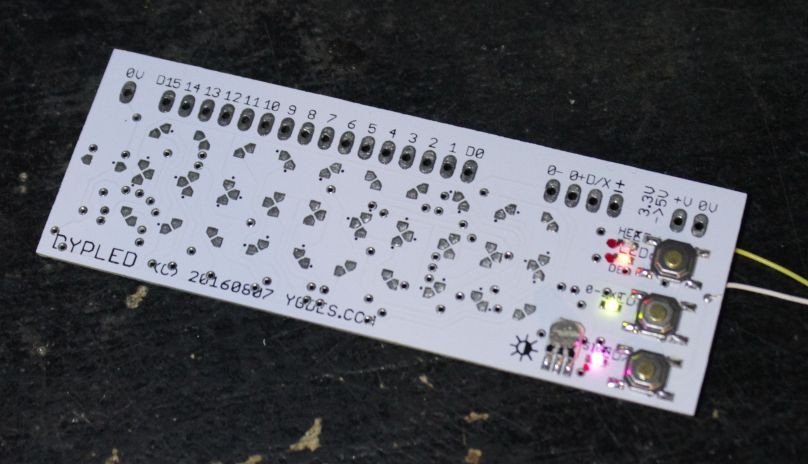 The LED's footrints are too tiny... I added some more soldering surface on the new version (booooh ugly, I should have modified the footprint instead... I'm lazy)

The push-buttons are not insulated and there are interference by mere touching. But it works.

The PWM adjustment works well, according to the ocilloscope :-)

The LED's brightness is important. I've put 10K series resistors to reduce the emitted light but the green is under-efficient, I'll swap it with a true green or white LED...

I also soldered all the parts of the user-facing side and the result is great (I'vewalready covered the problems in the previous log). 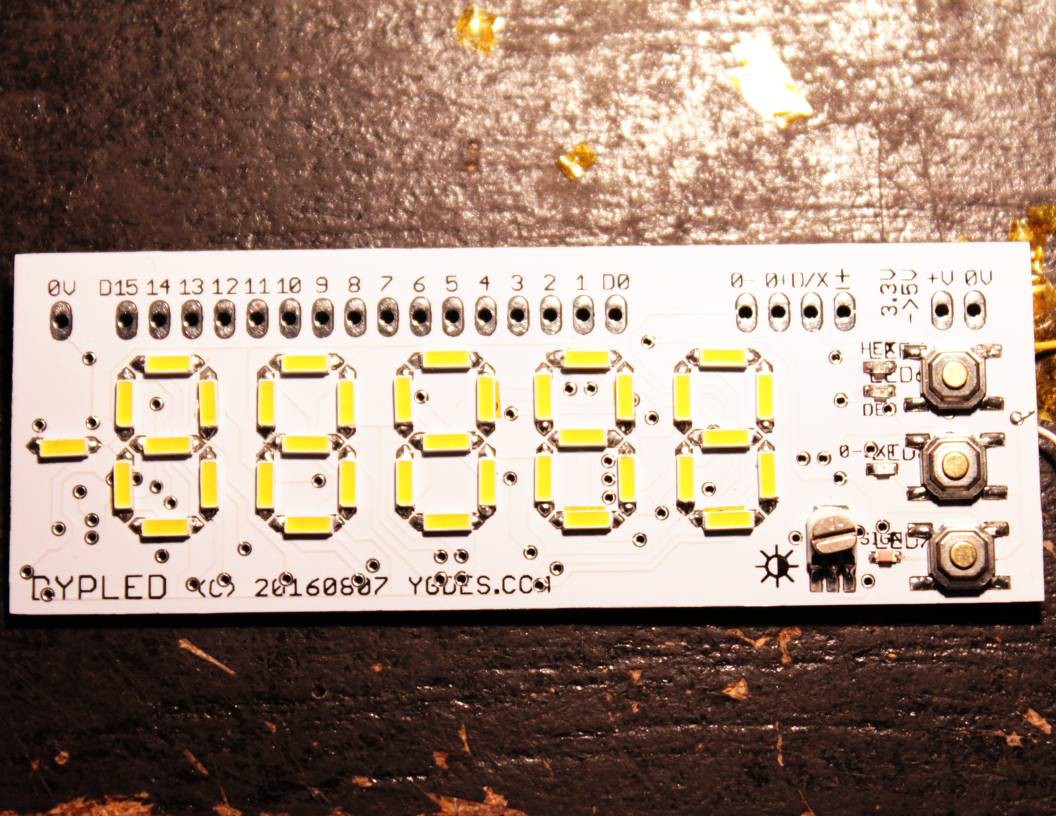 Since the Flash chip is not yet soldered, I can individually test the LEDs.

I changed the green LED with warm white. The luminosity is still too high with 10K in series. Trying with 30K.

Note 1: Apparently, it's better to use blue-based LEDs (white, pink) rather than older generations, for better efficiency.

Note 2: 0-extension is controlled by the 74HC74 and resets to set. OTOH the 74HC04 seems to keep the last value across short power outages. Good to know... Ideally, 0-ext should be off, right ? I'm going to update the schematics...

I don't know how to reduce the height of the resistor, thinner versions will be very hard to handle easily. It's not critical at this point.

The buttons are ultra-thin as well. They are not electrically insulated. Thicker versions (with some plastic enclosure) would solve this problem.

Not a failure but not a success either

These are 0603 and there is no need for ultra-miniaturisation...
No need for 1206 either, I just wanted to make a tiny color dot and that's fine.
The footprint however is adapted to reflow, not hand soldering.

But the LED footprints are quite big compared to 0402 ones.